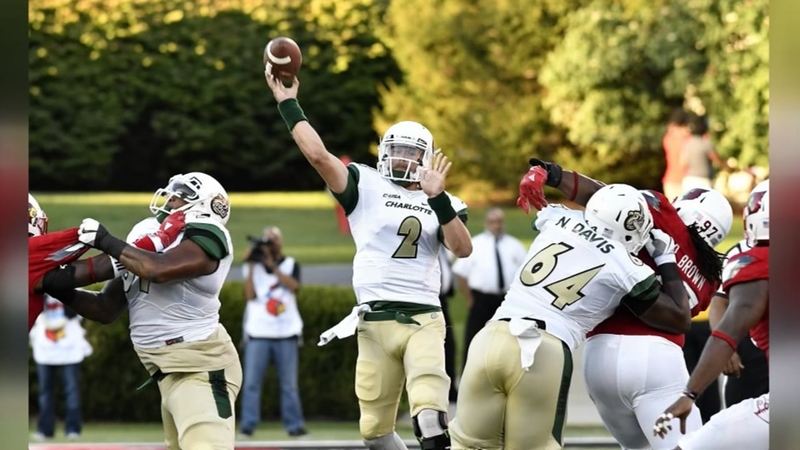 The school also said it was investigating the matter.

"This incident occurred a week after a separate, unrelated case of alleged on-campus sexual assault involving acquaintances," the university said in the statement. "Olsen has been suspended from Charlotte athletics, and the University is reviewing the case consistent with its disciplinary procedures."

A spokesman for the Panthers said the older Olsen had no comment and "asks that people respect his privacy."

According to the Charlotte Observer, the 22-year-old Olsen originally enrolled at Miami in 2013 but left the school in September 2014 following multiple reported team violations.