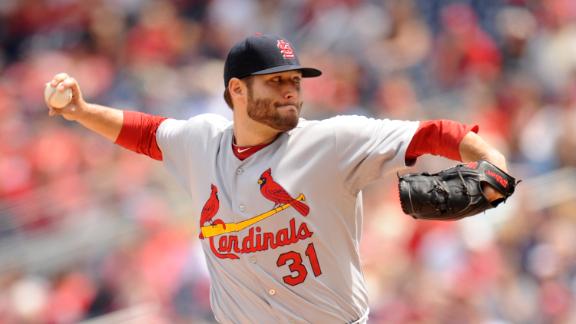 Washington Nationals outfielder Bryce Harper was benched for lack of effort in Saturday's 4-3 loss to the St. Louis Cardinals.

Manager Matt Williams apparently was not happy with Harper's effort running to first base during a groundout in the sixth inning. He replaced Harper with Kevin Frandsen.

When asked about the incident after the game, Williams attributed Harper's "inability to run 90 feet" as the reason for the benching.

The 21-year-old Harper, a two-time All-Star, said he understood the decision.

"I respect what he did," Harper said. "That's part of the game."

Harper, who finished the game 0-for-3, has missed time recently with a quad injury, though he said it felt "fine" Saturday, according to The Washington Post.

"I unequivocally support the manager's decision 100 percent," he said, according to the Post.

Harper is expected back in the lineup Sunday for the series finale against the Cardinals.