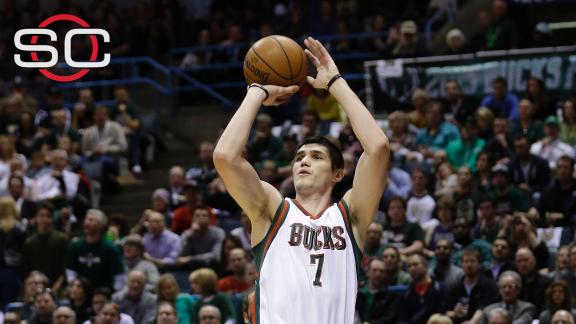 The Detroit Pistons have acquired forward Ersan Ilyasova from the Milwaukee Bucks in exchange for forwards Caron Butler and Shawne Williams.

The 6-foot-9 Ilyasova spent each of his first seven seasons in the NBA with the Bucks, who made him a second-round pick in 2005.

"Ersan Ilyasova is a player we have coveted since we got to Detroit," said Pistons coach and president of basketball operations Stan Van Gundy. "Not only is he a proficient 3-point shooter that can stretch the floor, he is a high-energy, hard-playing guy who fits extremely well with how we want to play. We are excited about what he can add to our team."

Ilyasova, of Turkey, also played professionally in Spain for two seasons after the Bucks drafted him.

Butler, a 13-year veteran, averaged 5.9 points, 2.5 rebounds and 1.0 assists in 78 games last season for the Pistons. Williams was claimed by the Pistons off waivers in February. He averaged 2.6 points, 1.4 rebounds and 8.6 minutes in 19 games with Detroit.