Calvin Johnson retires: 'I have played my last game of football' 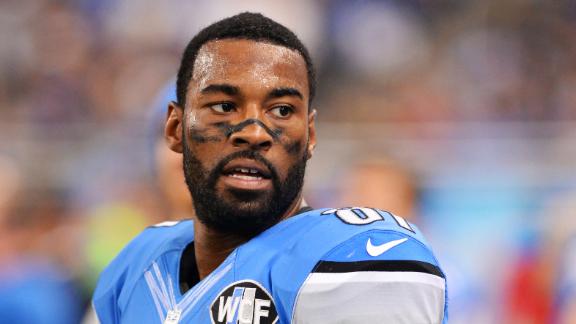 The most prolific wide receiver in franchisehistory and one of the most talented at the position in NFL history is retiring after nine professional seasons in which he accumulated over 11,000 receiving yards, seven 1,000-yard seasons and six Pro Bowl invitations.

Johnson holds nearly every significant franchise record; the man nicknamed "Megatron" holds 15 NFL records, including the most receiving yards in a season with 1,964 in 2012.

In a statement released by the Lions, Johnson said he would not be having a news conference to discuss his decision.

"Let me begin by apologizing for making this announcement via a statement and not in person. While I truly respect the significance of this, those who know me best will understand and not be surprised that I choose not to have a press conference for this announcement.

"After much prayer, thought and discussion with loved ones, I have made the difficult decision to retire from the Lions and pro football. I have played my last game of football.

"Let me assure you that this was not an easy or hasty decision. As I stated, I, along with those closest to me, have put a lot of time, deliberation and prayer into this decision and I truly am at peace with it.

"I also want you to know that I have the utmost respect and admiration for the game of football. It has provided so much for me and my family and I will be forever grateful to the game.

"With the reality of my decision, I realize there are a lot of people I would like to thank. I must start with my family -- thank you for all your love and support.

"I also want to especially thank Mrs. Ford and the Ford Family for all their support over the years. They are tremendous owners and I loved playing for them. I would also like to recognize Mr. Ford, who I was honored to know and play for before he passed away.

"While it would be hard to name them all, I would also like to thank all of my teammates past and present.

"I also want to thank all of my coaches who I played for, in particular Coach Caldwell for his support, wisdom and guidance over the past two seasons. I loved playing for Coach Caldwell.

"There are so many other people I would like to recognize and thank for what they have done for me throughout my career, but rather than risk forgetting someone, I will simply say "thanks" to everyone.

"And finally, to the fans of Detroit and Michigan. I so appreciated your passionate support over the years and truly enjoyed playing for you. I loved playing in Detroit and will forever be a Lion. My biggest regret is that I wasn't able to help give our fans a championship. But I do believe the future of the Lions is bright and with the leadership from people like Rod Wood and Bob Quinn, who I have gotten to know over the past few months, I am confident that our fans will soon be rewarded with the championship you deserve.

"From the bottom of my heart I thank you all for everything."

The Lions announced Tuesday that Johnson filed his retirement papers with the NFL in advance of the start of the new league year on Wednesday at 4 p.m. ET.

Many, including the Lions and Hall of Fame wide receiver Jerry Rice, tweeted in response to Johnson's announcement Tuesday afternoon:

Lions quarterback Matthew Stafford said in a statement Tuesday that Johnson will be missed by fans and teammates alike.

"It was such an honor to play the game with one of the best of all time. I will cherish the lessons I've learned from him and the friendship we have forged over the past seven years," Stafford said. "He is truly one-of-a-kind in his humility and grace both on and off the field. We have all learned from Calvin with how he treated his family, his work and his friends."

The 30-year-old announced on Jan. 6 that he was evaluating his options for the future, and now he's finalized that decision. While Johnson -- 6-foot-5, 237 pounds with a 4.35-second 40-yard dash at the 2007 NFL combine -- has been dynamic, his body has been beaten up. He has dealt with knee, ankle and finger injuries over the past four seasons. He played through an ankle injury the last eight weeks of the 2015 season.

Injuries aside, the Lions had seven losing seasons in his nine years with the Lions, though Johnson had maintained the highest level of play.

He had said consistently over the past few months he wanted to play his entire career in Detroit and wanted to win with the Lions.

"Very few people have achieved the kind of excellence that he has in terms of his playing career," Lions coach Jim Caldwell said last season. "I mean, he's been incredible, and the numbers keep stacking up, and it's because of the fact that he's one of those guys that makes plays week-in and week-out, year-in and year-out, and it's consistent.

"His approach to the game, I think, is outstanding. His performances have been absolutely incredible, and he practices the same way."

Johnson won't be anymore, though.

The Lions also announced Tuesday with respect to Johnson's contract that those "matters were settled to the satisfaction of the parties."

Johnson, the No. 2 overall pick of the Lions in 2007, was selected just after the Oakland Raiders took JaMarcus Russell. Johnson proved to be the smarter pick.

Among the NFL's elite, he is No. 43 all time in receptions, No. 27 in yards and No. 22 in touchdowns. According to Pro Football Reference, Johnson's 86.1 yards per game receiving average is second all time behind Julio Jones, who is averaging 95.4 yards per game over the past five seasons.

Johnson only made two playoff appearances, though -- in 2011 and 2014. Detroit lost both games.

His career and subsequent retirement are reminiscent of another Lions icon, Barry Sanders.

Sanders, considered one of the best running backs in NFL history and the most popular Lions player in history, retired on the eve of training camp in 1999 at age 31 after 10 seasons. Now, Johnson is leaving the game after nine years at age 30.

In a blog post Tuesday, Sanders wrote that Johnson "was an amazing and rare talent both on and off the field, and I feel lucky to have been able to see him play."

Sanders and Johnson are simultaneously the most recognizable Lions in franchise history and two of Detroit's most beloved players. But they transcended the city and made the Lions, who have never reached the Super Bowl, relevant on the national stage. 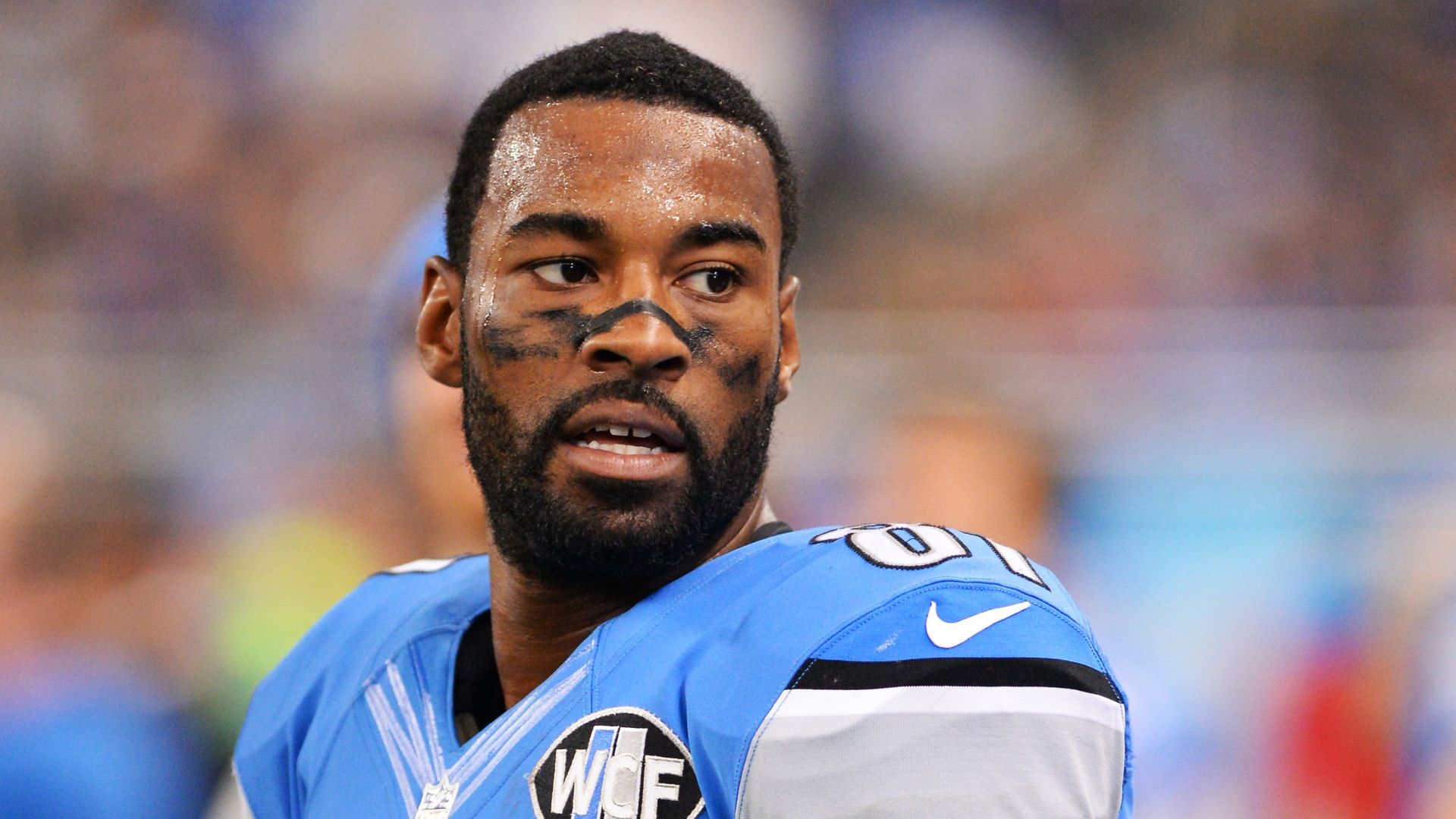 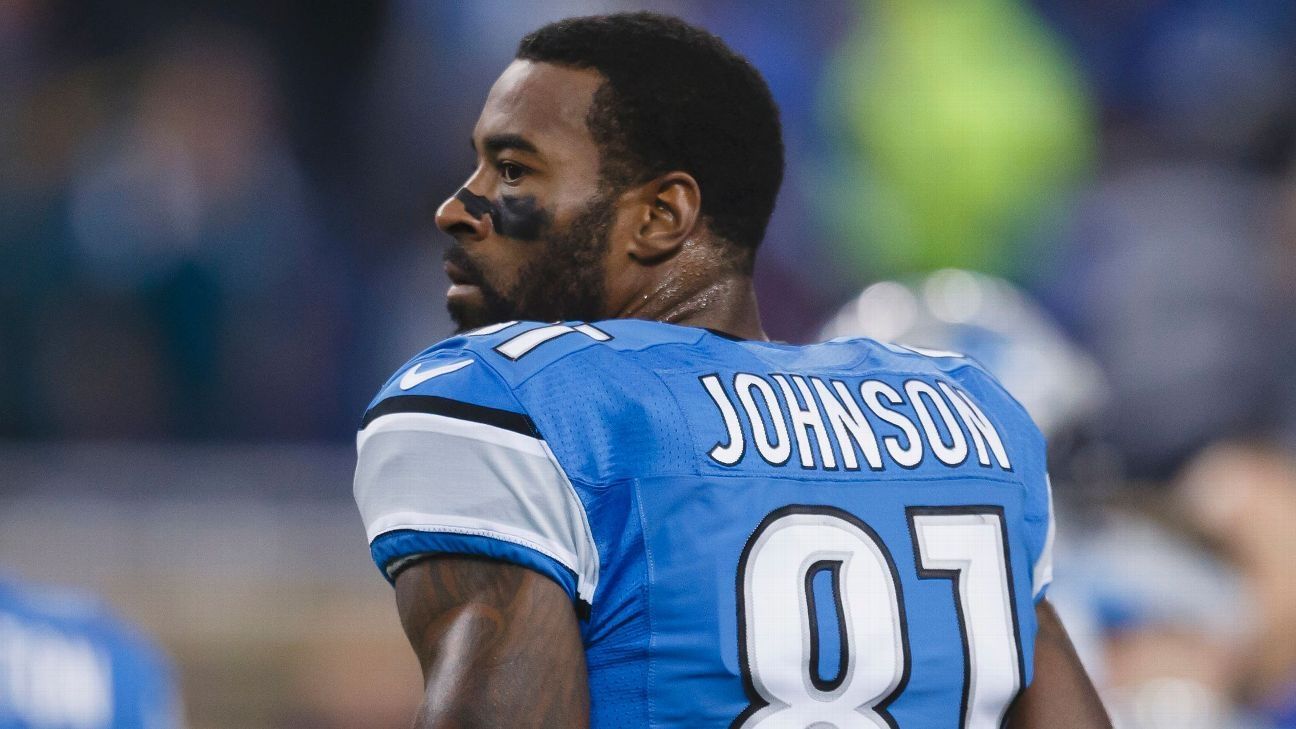