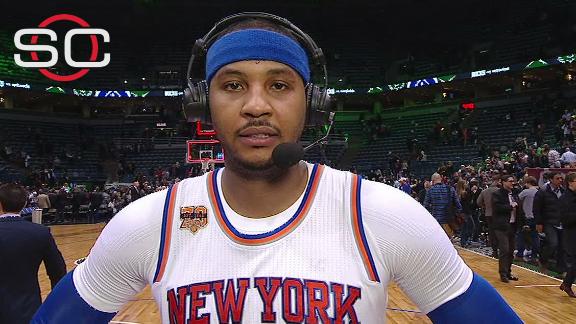 Anthony has been dealing with the shoulder injury for the past four weeks and missed one game last month due to the ailment.

"It's bad," Anthony told the New York Daily News after the Knicks' win over the Milwaukee Bucks on Friday night. "You know what it is; it's an adjustment that you have to make on the fly. Like some days it feels good; some days it's tight. Throughout the course of the game -- certain shots, certain moves -- you feel like the strength isn't there. So it's just a matter of figuring out how to play through it. What's working? What's not?

"It feels good during the game. And then you irritate it. And then you kind of have to work backwards again to get it back stronger. But I'm constant, around-the-clock treatment."

Anthony had 26 points, 10 assists and six rebounds on Friday to help New York snap its six-game losing streak. He had 30 points in a loss earlier this week, but he had struggled with his shot at times in the previous three weeks, possibly because of the shoulder ailment.

"The only thing that's going to help [the shoulder] is rest," Anthony told the newspaper. "But we're playing every other day. It's a tough month."

Anthony added that he has no plans to sit, so it will be up to coach Jeff Hornacek and the team's medical staff to hold him out.

"Not yet. Not yet," Anthony said of potentially missing a game. "Especially now when we're in the grind and in the thick of things, and we kind of have a chance to get back above .500. And we have some teams that we feel that are some winnable games. So that decision is ... they're going to have to tell me to take a couple off because I'm not doing it."

The Knicks play a season-high 17 games in January and are trying to rebound from a rough stretch in which they lost eight of 10 games. Anthony said he originally suffered the injury while diving for a loose ball in a game against the Los Angeles Lakers on Dec. 11.He sat out of the Knicks' game on Dec. 15 against Golden State due to shoulder discomfort. 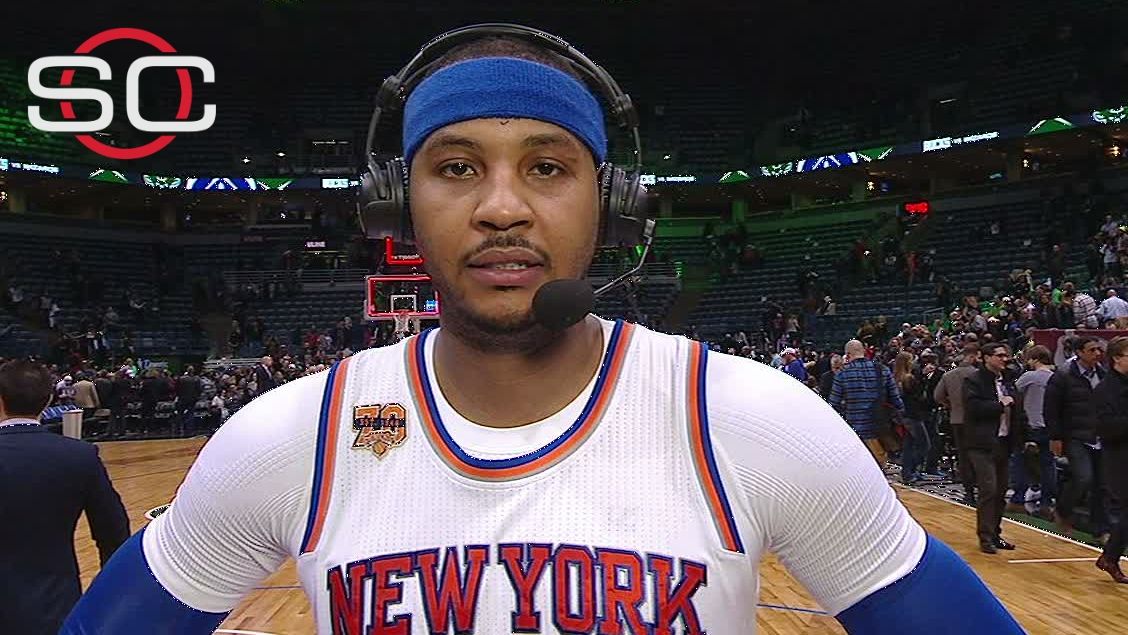