Carmelo Anthony unsure of team's direction after no deadline moves

"No, not now. No, to be honest with you," Anthony said late Thursday night. "I think they were kind of planning on the trade deadline, whether they were trying to make moves. I think that was one plan. Now they've got to get back to the drawing board and come up with another plan about the future of this team."

The Knicks discussed a trade with the Minnesota Timberwolves centered onDerrick Rose and Ricky Rubio, but the Timberwolves ultimately balked at making the deal shortly before the deadline, according to ESPN's Marc Stein. The Knicks also discussed a deal involving shooting guard Courtney Lee with the LA Clippers, but nothing came to fruition.

Anthony said he had "no reaction" to the team's lack of moves but acknowledged that it is frustrating to be unsure of the approach that management, namely team president Phil Jackson, will take with the team at this point.

"Yeah, I mean, nobody likes to be in limbo," Anthony said. "We all want to know kind of what's going on, especially when it's involving you. But that's not the way it is in sports. I don't think I'm the only one that's going through that or feeling that way. I think there's other players who feel the same way, that they want to be involved -- not involved, but at least up to date with what's going on. I feel like I'm kind of up to date as far as when it comes to me what's going on."

The Knicks had reportedly talked to at least three teams about trading Anthony earlier this month, but nothing materialized at the deadline.

Anthony, who has a no-trade clause, added that he "anticipated" that the Knicks wouldn't put together a deal to trade him by the deadline.

"It wasn't really anything kind of worth looking at, talking about or exploring. So I kind of knew that over the past couple of days," Anthony said, adding that the Knicks never approached him with a formal trade. "We all kind of know what was going on out there, seeing what was worth talking about or bringing to the table. Obviously nothing was worth bringing to the table."

While Anthony said he is unclear about the future of the organization, it's clear the Knicks' present is bleak.

Jackson acquired Rose, Lee and Joakim Noah in the summer of 2016 with the hopes of competing for a playoff spot. But the Knicks have fallen well short of those expectations thus far. With Thursday's 119-104 loss to the Cleveland Cavaliers, New York fell 12 games under .500 and five games out of the eighth and final playoff spot in the Eastern Conference. The club has lost eight of its past 10 games. 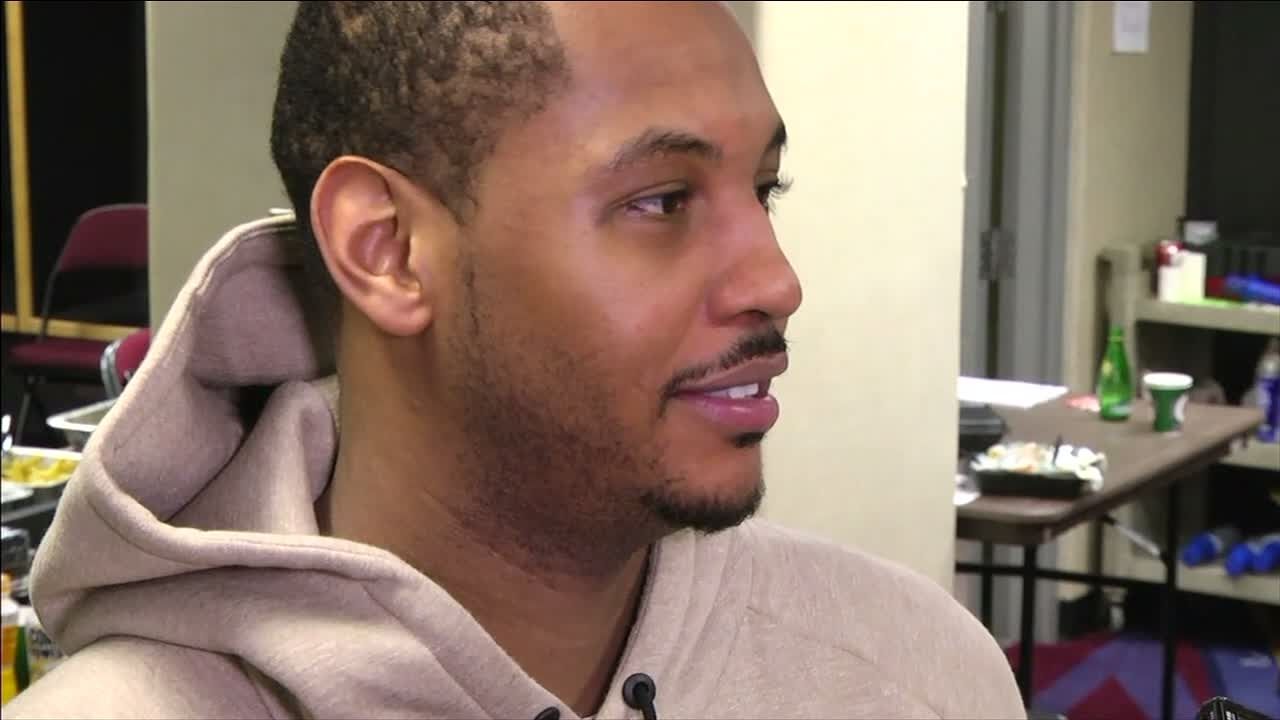 Melo 'at peace' after trade deadline
Carmelo Anthony describes his mindset after not being dealt at the trade deadline and says he won't discuss it for the rest of the season.
Related topics:
sportsespnvisiontrade deadlinephil jacksonfuturenew york knickscarmelo anthonynbadirection
Copyright © 2020 ESPN Internet Ventures. All rights reserved.
More Videos
From CNN Newsource affiliates
TOP STORIES