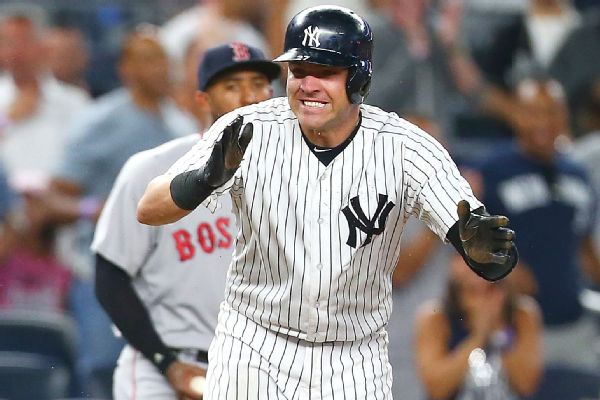 Manager Joe Girardi said Tuesday that Romine and Gray have built a strong rapport since Gray was acquired from Oakland in July. Gray had a 1.45 ERA in three games pitching to Romine, compared to a 4.63 ERA in eight appearances with Sanchez.

Romine is New York's best receiver. Sanchez tied for the major league lead with 16 passed balls in the regular season, and Gray's big curveball can be difficult to block.

"Sonny is going to beat you up," Girardi said.

Girardi said Sanchez will be back behind the plate to catch Masahiro Tanaka in Game 5 on Wednesday night.

In the meantime, it gives Sanchez a chance to focus on his bat, as he has gone 0 for 11 in the ALCS.

New York could use the boost at DH. The Yankees' designated hitters are 1 for 30 so far this postseason. Chase Headley got that hit Monday night and is available to pinch hit Tuesday.