Cavs have mixed feelings on Finals rematch against Warriors

ESPN
By Dave McMenamin
CLEVELAND -- More than six months have passed since the Cleveland Cavaliers last set foot in Oracle Arena, losing Game 5 of the NBA Finals to the Golden State Warriors by 13 points after leading with less than eight minutes remaining. The loss summed up the series for the Cavs as they went up 2-1 after three games, only to lose the next three in a row as the Warriors captured the championship.

They'll return to Oakland, California, on Christmas Day for a Finals rematch with Golden State (5 p.m. ET, ABC), the league's hottest team at 27-1. While Cleveland is no slouch itself, riding a six-game win streak to bolster its Eastern Conference-leading 19-7 record, Friday's game promises to be an entirely different animal.

"The memories will come back as soon as we walk into the building," LeBron James said after the Cavs' 91-84 win over the New York Knicks on Wednesday. "But also understand that it's one of 82, and I'm not going to put everything into this game.

"It's a great opportunity for our fans to have five games on Christmas and for our game to continue to get so much exposure, but for us as a team, Friday will not be the end of our season, like it was in June. We play Saturday and then we play Monday and Tuesday. We want to play well, going against a great caliber team, the best team in our league right now, but it's not like the season ends if we lose or if we win, or whatever the case may be."

Warriors forwardDraymond Greenechoed this sentiment, saying Golden State "is not a team that looks ahead on the schedule."

While most of the Cavs avoided providing any bulletin board material for the defending champs, guard Iman Shumpert admitted that there will be vengeance on his mind come Friday.

"I can't speak for everybody else. It plays a part," Shumpert said. "But we're going to come out and approach the game like we approach all games. But, I'm salty. I am."

The Golden State game is the start of a four-games-in-five-nights road trip for the Cavs, continuing through Portland, Phoenix and Denver. Cavs coach David Blatt echoed his star player's take on the Warriors matchup, citing that the fanfare around it will outweigh whatever the result will be.

"It's an exciting game I know everybody is looking forward to it," Blatt said. "The significance of the game is probably more in terms of the excitement that it's generating than the actual meaning of it. It's another game in an 82-game season.

"I don't think there's anybody on our team that doesn't remember the Finals and I don't think there's anybody on their team that doesn't remember, either. I don't think the fans have forgotten because that was a very good NBA Finals. I know we're going down there finally with a full roster. I can't say that we're 100 percent in terms of where I know we're going to be once we get everyone ready and in shape. But since day one here we've been competing and we have asked no quarter and given no quarter and nor will we begin to do either.

"We're looking forward to going down there. I don't see it as a replay of the Finals by any stretch but on the other hand it's great for the game that so many people are interested in it and so many people are excited about it. We're a part of that and that says something, too."

Green said he is "happy" to see the Cavaliers healthy heading into Friday's matchup: "Playing this game, you never want to see anybody hurt."

Asked if he would be sporting his opponent's signature footwear come Friday, Green expressed some hesitation.

"That is up for debate. ... It's just, I'm thinking about it," he said in reply to a question about whether he'll wear the LeBron shoes he dons for every game. "They comfortable, man. It's a comfortable shoe."

Cavs forward Kevin Love, who was sidelined for the Finals following shoulder surgery, admitted that there is some personal juice in the matchup for him, but the more meaningful part of the day will be the litmus test of seeing how Cleveland compares to the league's top team.

"We get to see where we stack up against the best team," Love said. "They have the best record, they've played the best and they're very hungry even after having won last year in the Finals. So, it's going to be a chance for us to compete, see where we're at and hopefully go out there and have a great showing."

It won't be the first time in James' career when he played a team on Christmas that beat him in the Finals the previous season.

Back in 2011, James and the Miami Heat played the Dallas Mavericks on Christmas, coming off a Finals loss to Dirk Nowitzki & Co. Miami routed Dallas, leading by 32 points after three quarters. However, James was reluctant to compare the two.

"The difference between that game and this game, first of all, is the lockout," James said. "So the first game was Christmas Day, in Dallas, and it was the first game of the season. I think everybody was like salivating at the mouth just to get back on the floor. This game is obviously a Christmas Day game, but we have 25-plus games already under our belt.

"The thing that's similar is the team that beat me in the Finals, or beat us in the Finals the year before, that's the similarity, but as far as just understanding that you usually start a season at the end of the September and that was my first lockout, and then two months later the season was finally starting, I think everybody was ready to, it was almost like the Kentucky Derby, the horses was ready to get out."

"I remember, Phil used to always tell us to go make our mothers proud on Christmas. And if we played bad, he'd say our mothers are not proud of us at this moment." 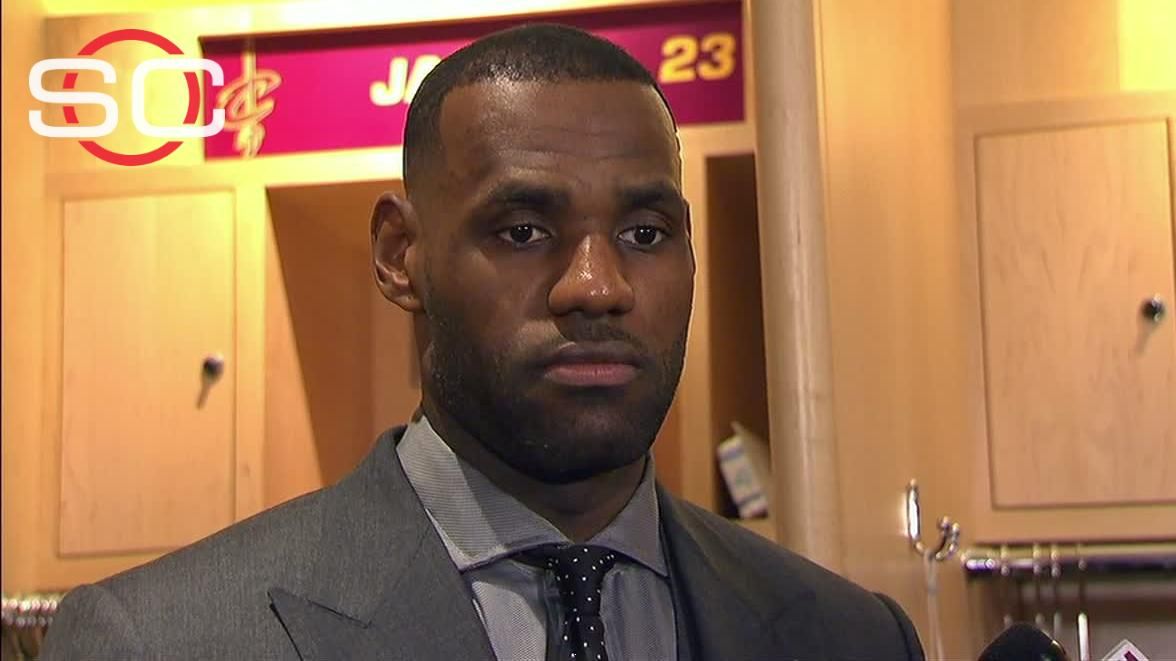