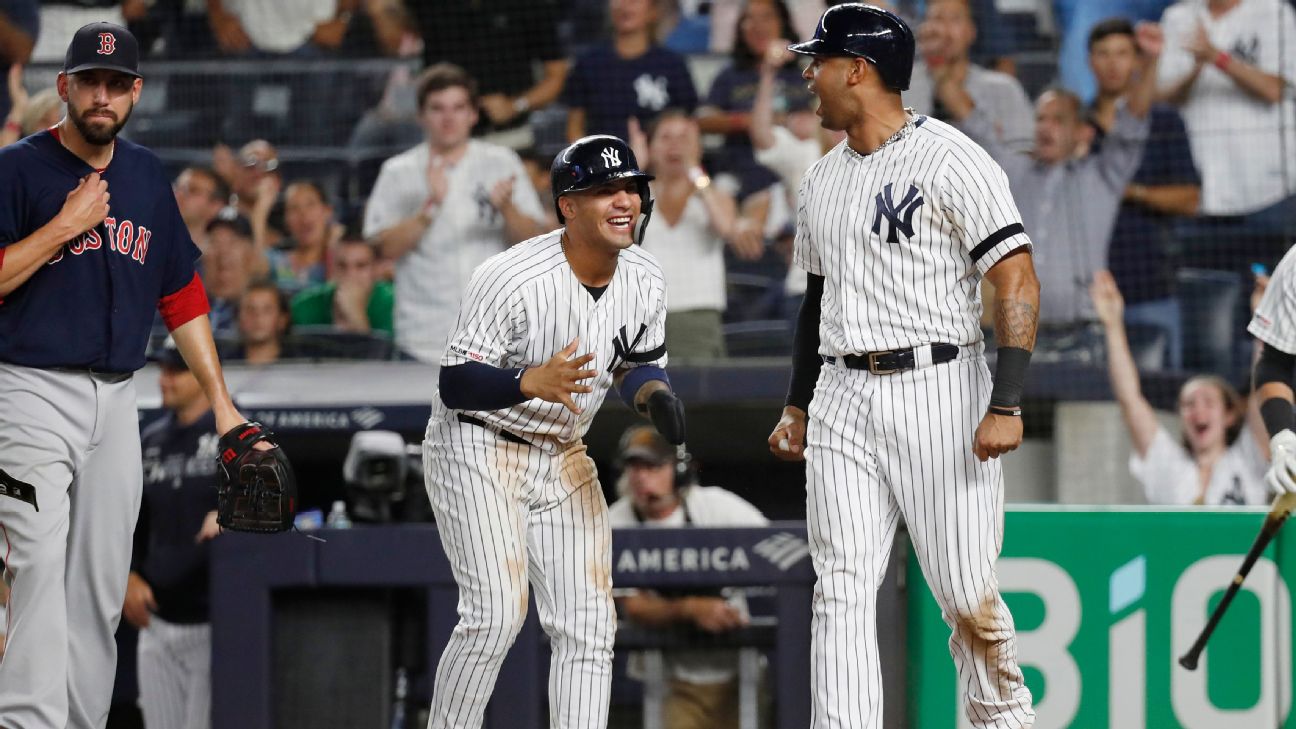 NEW YORK --New York Yankeescenter fielder Aaron Hicks has been placed on the 10-day injured list with a flexor strain in his right elbow, the latest blow to an injury-ravaged team leading the AL East nonetheless.

After getting hurt while making a throw Saturday night, Hicks had an MRI on Sunday, and the Yankees considered the results pretty good news because the team feared he had a torn ligament that could require season-ending Tommy John surgery.

Yankees manager Aaron Boone said Hicks will be shut down from throwing for a week to 10 days but is expected back this season -- although it was too soon to project a time frame. The ligament is intact, however, and Tommy John surgery has been ruled out.

"We were fearing the worst," Boone said Sunday, one day after he appeared visibly shaken while discussing Hicks' injury immediately after it happened. "The fact the ligament's intact is a good thing."

Earlier Saturday, first baseman/designated hitter Edwin Encarnacion was lost for an indeterminable amount of time after sustaining a hairline fracture to his right wrist when he was hit by a pitch.

Hicks, 29, suffered the injury to his throwing elbow in the second game of Saturday's doubleheader against the Red Sox, when he delivered a strong throw toward third base in the sixth inning of New York's 6-4 win. With Sam Travis at second base appearing to attempt a tag-up, Hicks caught a fly ball and zipped a rocket back to the infield, holding Travis at second.

"I was trying to make a good, strong throw and just kind of felt a little painful feeling," Hicks said.

After the throw, Hicks remained in the game until he was finally pulled for a pinch hitter in the eighth.

"I wasn't able to make the same throw and to throw the ball hard," he said. "That's when I told [Yankees head athletic trainer] Stevie [Donohue] and got out of the game."

Hicks said Saturday night that he feels pain only when he throws, adding that he has never had elbow issues during his career.

"When I came in here last night after [the game], it was pretty fresh and raw, and coming off of two wins, yeah, that was tough," Boone said Sunday, referring to his emotions when he initially informed reporters Hicks was hurt Saturday night. "Losing two guys, significant guys, in some ways fearing the worst, you don't like it.

"You don't like to see your guys down. You hurt for them individually, and you hurt for our team."

Until Hicks is able to return, the Yankees will roll with the outfield they currently have. Brett Gardner and Mike Tauchman will rotate at the center-field spot, with Aaron Judge and Cameron Maybin aiding the general outfield depth.

Asked whether minor leaguer Clint Frazier was a consideration to be called up to take Hicks' place, Boone said: "No."

Boone anticipates the players in his outfield will continue to fill the gaps as warranted, as the rest of the club has done during this season of unusually high attrition due to injury.

"So many people have stepped up, impacted us winning games," Boone said. "Anything that's come up, whether it's an injury, whether it's been a bump in the road during the season, anything adverse that's happened to this group, they don't flinch. They know what the expectation is, and they've gone out and delivered."

Hicks is the 16th player to join the Yankees' current injured list.

ESPN's Coley Harvey and The Associated Press contributed to this report. 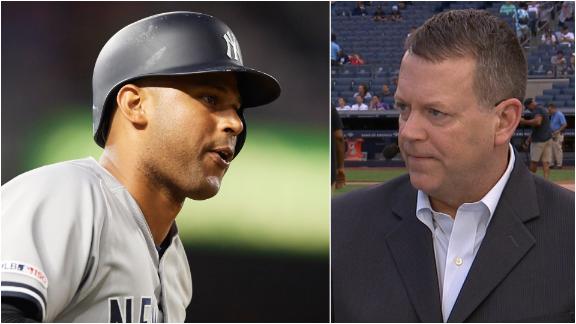 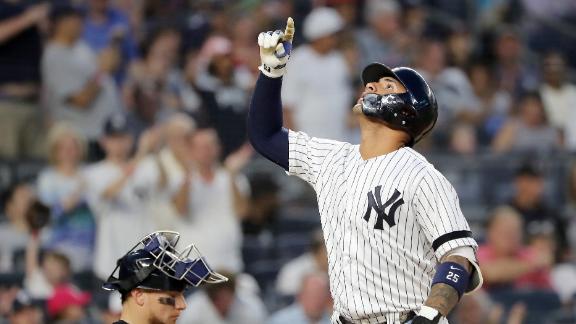