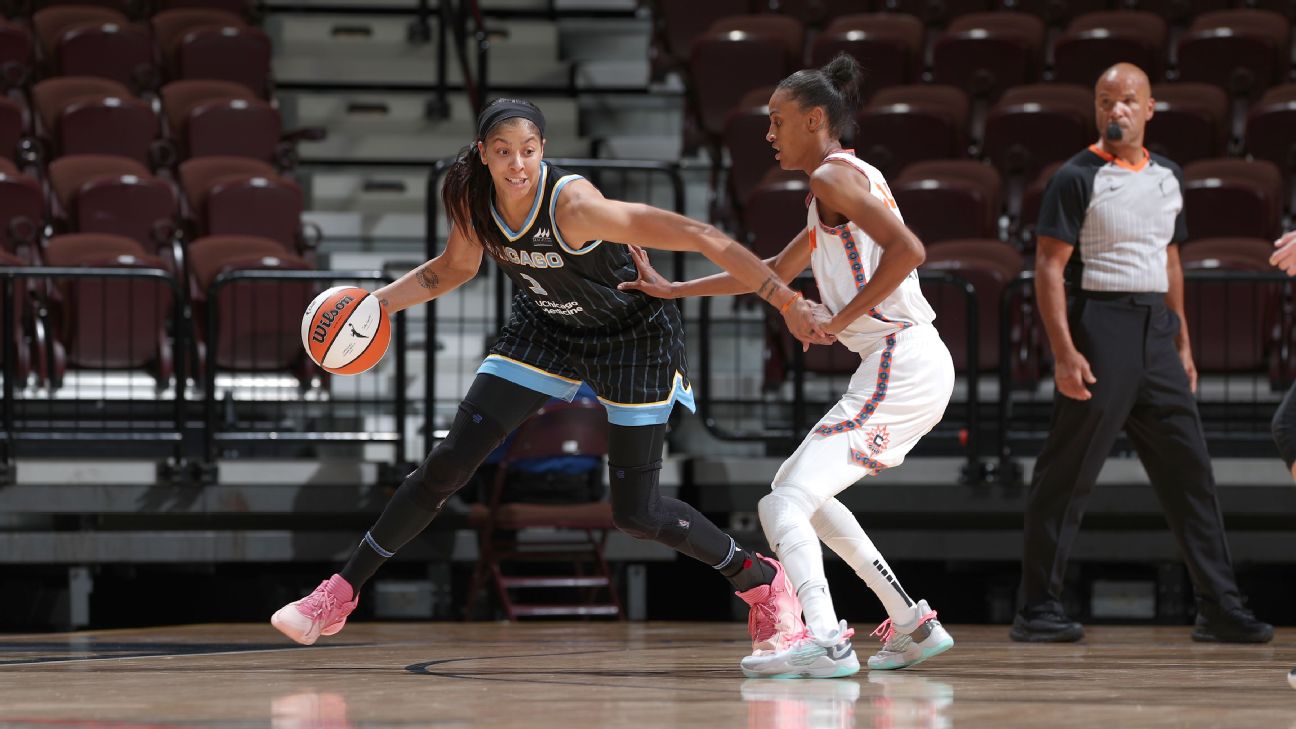 The Chicago Sky and Connecticut Sun will each have three players on Team WNBA in the league's All-Star Game on July 14 in Las Vegas.

The contest will feature Team WNBA vs. Team USA, whose members are competing in the upcoming Olympics.


In all, there are seven players on Team WNBA making their All-Star debuts. The player with the most All-Star experience on Team WNBA is Chicago forward/center Candace Parker, who will be making her sixth appearance. She's joined by Sky teammates Courtney Vandersloot, the point guard who leads the league in assists (third All-Star Game), and Kahleah Copper (first).

"It means a lot, you never take for granted the opportunity to be an All-Star,'' said Parker, who will be announcing the basketball medal rounds for NBC at the Tokyo Games and will be representing her hometown city for the first time in her career.


The co-head coaches for Team WNBA will be former WNBA players Lisa Leslie and Tina Thompson.

Bird is making her 12th appearance in the All-Star Game, and Taurasi her 10th. It's the eighth for Charles, the seventh for Fowles and Griner, the fifth for Diggins-Smith, the fourth for Gray, the third for Loyd, Stewart and Wilson, the second for Collier and the first for Atkins.

The 2021 WNBA All-Star Game will be held at Las Vegas' Mandalay Bay Resort and Casino and airs at 7 p.m. ET on ESPN.This is the first time that the league has held an All-Star Game in an Olympic year since 2000. The WNBA played an exhibition in New York in 2004 at Radio City Music Hall, but it wasn't considered an All-Star Game.