Chris Kreider out indefinitely with blood clot in arm 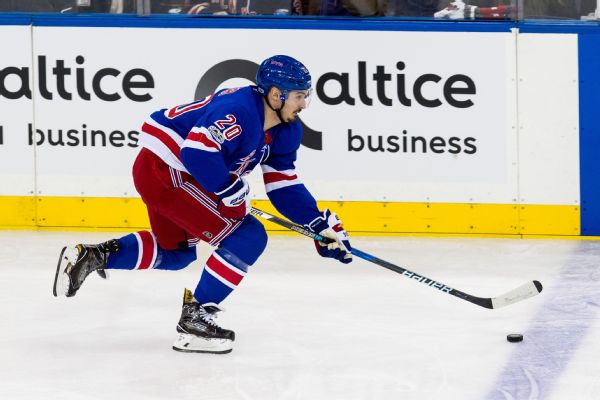 ESPN
New York Rangers forward Chris Kreider is out indefinitely with a blood clot in his right arm, the team announced Thursday.

Kreider was pulled from Wednesday's 1-0 win over the Capitals in the first period and didn't return. He was sent to a hospital on Wednesday night, and the clot was diagnosed later that night. According to the Rangers, Kreider's symptoms upon leaving the game were consistent with those associated with a blood clot.

Other hockey players have dealt with blood clots in recent years. Lightning forward Steven Stamkos developed one near his collarbone in March 2016. He was supposed to be sidelined one to three months while he took blood thinners, and he returned for Game 7 of the Eastern Conference finals on May 26.