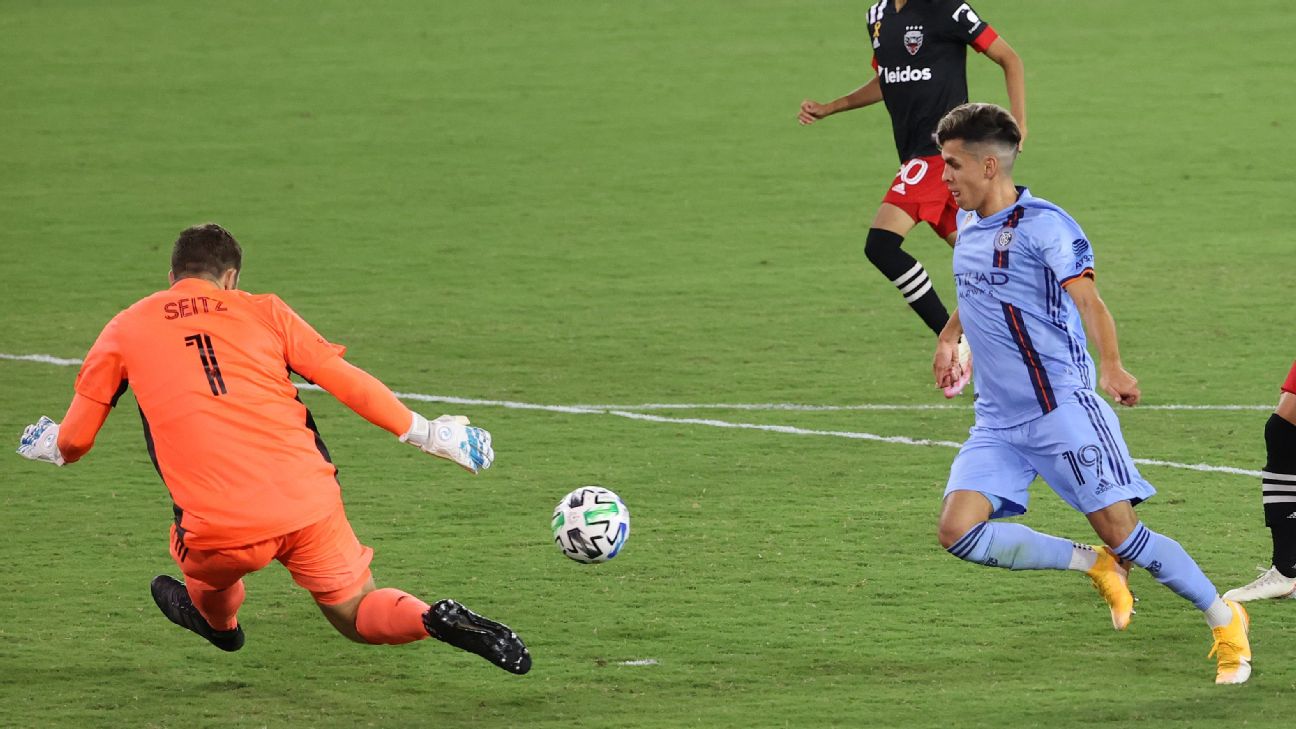 Seitz made his third straight start in place of starter Bill Hamid (personal) and produced his second straight shutout and 21st MLS shutout. The feat was all the more impressive considering the United rarely were on the offensive attack.


Seitz produced the shutout on a night in which NYCFC held possession for 69.7 percent of the game and his teammates did not produce a shot or a corner kick.

NYCFC finished with 19 shots but five were blocked by the United's aggressive defense and 10 other attempts were not on target.


The only time NYCFC actually found the back of the net occurred in the 88th minute when Gary Mackay-Steven's shot went in but the play did not count because officials called a handball on Valentin Castellanos -- even though replays showed his hands did not touch the ball.

NYCFC goalkeeper Sean Johnson got his fourth shutout of the season and 64th of his MLS career despite not facing a shot.

NYCFC missed on three scoring chances in a seven-minute span during the first half.

In the 25th minute, Keaton Parks missed the net on a shot that sailed wide and a minute later, Jesus Medina's shot from the right side also sailed inches wide. In the 32nd minute, Heber was stopped by Seitz, who made a diving stop and used his legs to keep it scoreless. 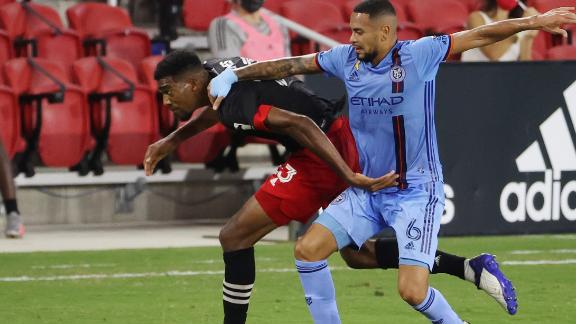