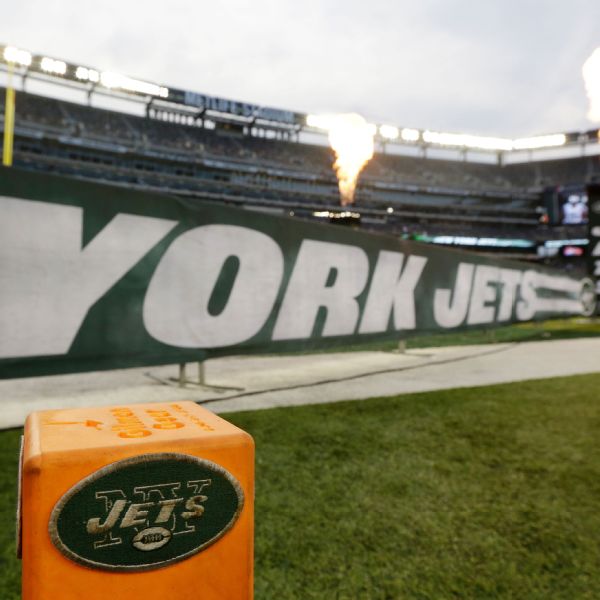 FLORHAM PARK, N.J. -- Speaking publicly for the first time since taking control of the New York Jets, new CEO Christopher Johnson took umbrage Wednesday with the perception that the team is tanking so it can draft a top quarterback next spring.

"It couldn't be further from the truth. ... We are definitely not tanking," Johnson said.

Johnson, 58, has replaced his older brother, Woody Johnson, 70, who was recently named the U.S. ambassador to the United Kingdom. A minority owner who remained in the background while his older brother ran the team from 2000 to 2017, Christopher Johnson outlined his role and his vision for the franchise in a 20-minute sit-down with reporters.

Johnson said he doesn't consult with his brother on football matters, adding that he -- not Woody -- will determine the fate of coach Todd Bowles and general manager Mike Maccagnan.

Reiterating what his brother said in the spring, Johnson indicated that Bowles and Maccagnan won't be evaluated based on the team's record. He acknowledged the team is rebuilding, and there will be "growing pains." He wants to see progress.

"It's not going to come down to games [won]; it really won't," he said. "It's more about the play on the field. Are we getting better?

"Believe me, losses hurt deeply. I like wins a lot more, but it's not going to be the sole [factor] or even a really important way for me to judge Todd or Mike."

The Jets are 0-2, meaning they are 15-19 with no playoff appearances under the Bowles-Maccagnan regime. Johnson praised both men, saying he's "really impressed" with Bowles and calling Maccagnan an "extraordinary talent evaluator."

Johnson stressed that he's looking for "progression," adding that "it will be obvious to all if this team is progressing."

The Jets ripped apart their veteran-laden roster in the offseason, putting an emphasis on youth. They're widely regarded as the worst team in the NFL.

"There are some growing pains right now -- there's no question," Johnson said. "But we've got a plan."

Johnson joked that his goal is to reach the Super Bowl one day so he can leave two tickets at will call for his brother.

"Every little brother wants to show up his big brother," he said.

Johnson said he speaks frequently with his brother, but he said they don't talk about the Jets.

"Over the years, he bounced things off me and it would be great if I could do that with him, but he has a full-time job over there," Johnson said. "We are not discussing football. He's out of it. ... He said, 'I'm stepping away from football.' [The ambassadorship] is his full-time job. It's a huge job."