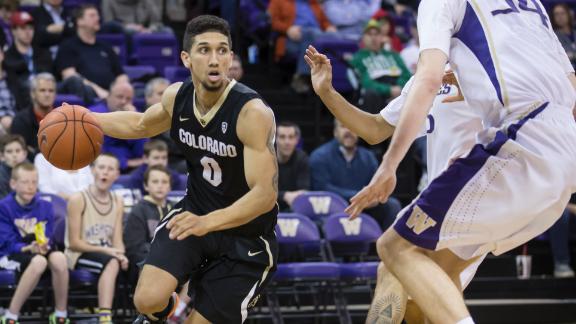 Colorado senior Askia Booker has decided to skip the College Basketball Invitational, apparently deeming it not worthy of his time. He has the support of his coach and many teammates, who will play without him.

The CBI ranks third among college basketball's postseason events, behind the NCAA tournament and the NIT. In years past, teams have declined invitations to participate in the CBI, but the Buffaloes accepted and are prepared to play without Booker, their leading scorer.

Booker's decision has sparked both criticism and support among fans and social media commentators, but the Buffaloes are standing by him.

"I don't know if it's fair or not, but I did mention to Ski, 'You realize you're going to take some heat with this decision,' and he shook his head like he understood," Colorado coach Tad Boyle told the Denver Post. "It goes with the territory. Ski's a big boy, he's an adult now; he's going to be a college graduate in May."

Booker did not practice with the team Monday and was unavailable for comment. It's not known whether injury played a part in his reasoning, although he dealt with sore hips for a chunk of the season.

Freshman guard Dominique Collier was quick to defend his teammate.

"We feel like Ski gave his all to us this season," Collier told the Post. "I just feel like probably his body was wearing down; he was playing with sore hips throughout half the season. He probably thought it would be better for us to have a look without him going into next season. I don't think he quit on us at all."

Boyle doesn't know whether Booker will be in attendance to cheer on his teammates.

"I'm not sure," Boyle told the Post. "He's certainly welcome to. He's a part of our basketball family and he always will be."