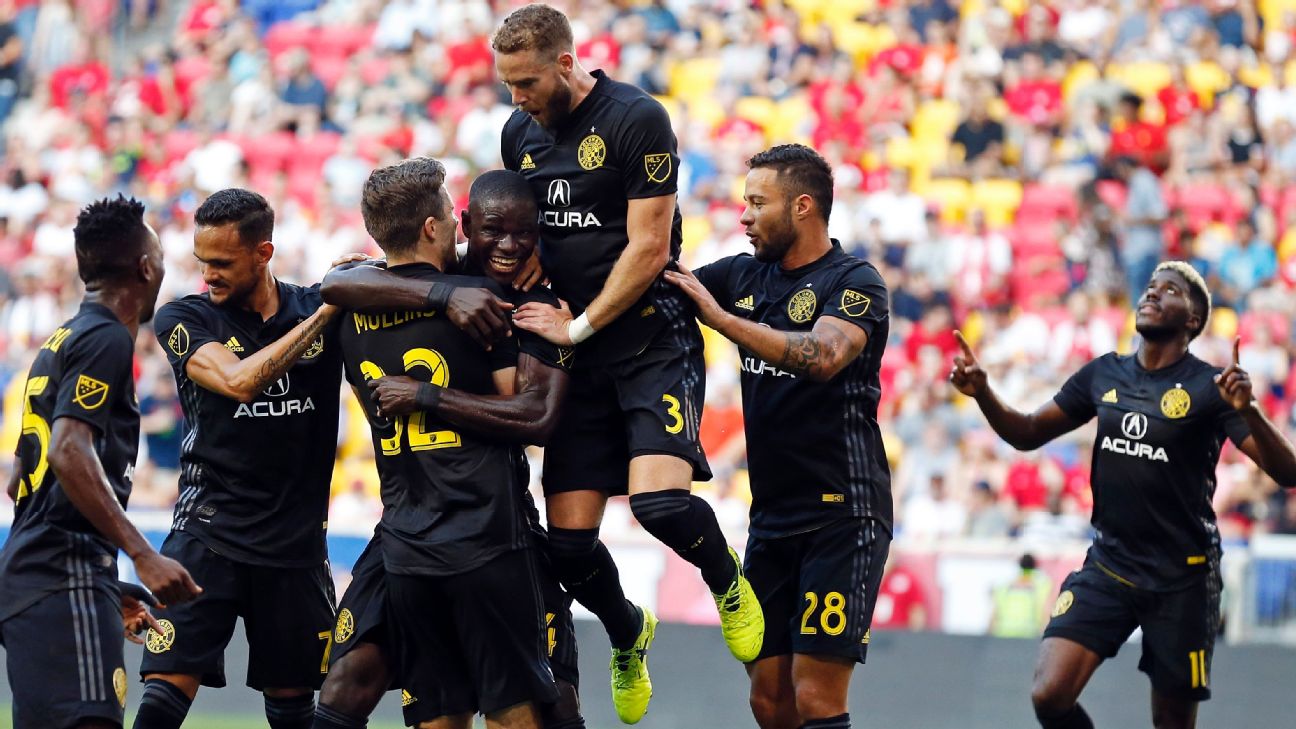 The Columbus Crew jumped to an early three-goal lead, then held on to defeat the New York Red Bulls 3-2 at Red Bull Arena in Harrison, New Jersey, on Saturday.

Patrick Mullins had a goal and an assist for Columbus. Crew defender Jonathan Mensah scored but also had an own goal that made it 3-1 in the 50th minute.

New York defender Sean Davis earlier had an own goal that gave the Crew a 3-0 lead in the 31st minute.

The Red Bulls' comeback started when stars Bradley Wright-Phillips and Alejandro Romero Gamarra, who were rested in the first half after playing Wednesday vs. D.C. United, came on to start the second half.

Wright-Phillips' presence in front of the net led to the Mensah own goal as he kicked the ball in while trying to mark the forward.

Daniel Royer made it 3-2 in the 69th minute with a header off Romero Gamarra's league-best 14th assist.

Crew defender Lalas Abubakar made a goal-line clearance of a shot by Alex Muyl that deflected off Wright-Phillips in the 85th minute to preserve the win.

The Crew had not scored in their past four road games and had just three goals in the first 10 away matches but equaled that output early.

Mullins, acquired last month in a trade from D.C. United, made the most of his second Crew appearance and first start.

In the seventh minute, he had a knockdown header to Mensah off a free kick by Santos.

Mullins' goal in the 24th minute came after Harrison Afful's through ball sent him free down the left flank. Then Davis inadvertently headed a Pedro Santos corner kick for the 3-0 Crew lead.