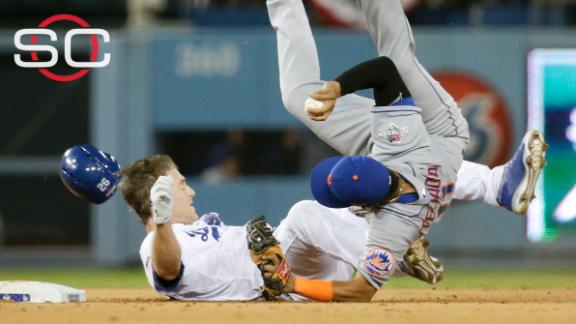 HOUSTON -- While Craig Biggio expressed sympathy for New York Mets shortstop Ruben Tejada for the injury he suffered on a controversial takeout slide by Chase Utley in the National League Division Series, he said he hopes Major League Baseball doesn't respond by enacting new rules to protect middle infielders the way it did to safeguard catchers after Buster Posey's horrific injury in 2011.

Tejada suffered a broken leg Saturday night in the collision with the Los Angeles Dodgers' Utley, who angered the Mets and received a raft of criticism on social media for sliding late and wide of the second-base bag. Tejada was unable to get out of the way and had to be taken off the field on a cart.

Biggio, who entered the Baseball Hall of Fame in July and works as a special assistant to Houston Astros general manager Jeff Luhnow, has a novel perspective on collisions. He played four seasons as a catcher in Houston before moving to second base, where he made six All-Star teams and amassed the bulk of his 3,060 career hits. He told ESPN.com that he wouldn't be in favor of rules changes to try to legislate safety in the middle infield.

"I just hope the game doesn't change the way they did with the home-plate thing. I hate this thing back here," said Biggio, pointing behind home plate at Minute Maid Park. "I'm not a big fan of it. This game is played by big men. They're fast, and unfortunately sometimes things are going to happen.

"It's like every time somebody gets hurt, we're changing the rules. They do it in college, where you have to slide straight into the base. I think that's absolutely, 100 percent correct, because you have a bunch of amateur players who are playing a little kamikaze at times. You have to control those guys. Guys in the minor leagues and the big leagues understand the way you're supposed to slide. If you don't slide the right way, usually your pitcher will take care of that."

Biggio recalled two instances in his career when he made an overaggressive slide into second base and was plunked by the opposing pitcher during his next plate appearance. One came againstSt. Louisinfielder Tommy Herr; the other cameagainstCincinnati'sRon Oester.

Biggio suffered the only major injury of his career in 2000, when he tore the medial collateral and anterior cruciate ligaments in his left knee on an aggressive takeout slide by Florida Marlins outfielder Preston Wilson. He later described the slide as "hard and clean" to reporters.

In Biggio's view, Utley's slide into Tejada fell into more of a "gray area."

"Dirty is when you go over the bag and miss the bag," Biggio said. "That's dirty. That's like, 'We're gonna get you back for that one.' Last night was a tough one. The way I viewed it, [Utley] was right next to the bag, and it's in that gray area. The kid should have realized, 'I'm not gonna get two' and just caught it and got out of the way. But hindsight is 20-20 sometimes. You're in the heat of the game and you think you can turn it.

"Chase got the base with no problem, so it wasn't like he was going really far out of the way. He went in there without the intent of trying to hurt somebody. He went in there to try and break it up. I know Chase. He plays hard. Unfortunately, you hate to see it, but a young man got hurt."

"The rule's already in place," Maddon said. "That's the part that really staggers me. If, in fact, the umpire thinks he did it on purpose, it should have been a double play. And beyond that, if you wanted to attach any kind of penalty, it would almost be like the equivalent of the flagrant foul in basketball. ... But that's the first time all year something like that happened. I'm not into over-legislation of anything, but there's already a mechanism in place to take care of that, as far as I'm concerned."

Maddon rejected arguments that because there's a "Buster Posey rule" that protects catchers from collisions, infielders need a similar rule.

"I hate it," he said of the Posey rule. "I don't like it at all. I think the rule at the plate is ridiculous, and that needs to go away. It was one play and it was based on bad technique; that's why the catcher got hurt. And that play right there [involving Utley and Tejada], there was only one play to be had, and that was one out at second base. I'm not defending the slide, but I'm saying there was only one out to be had there. Just an awkward situation that doesn't happen very often."

Maddon recalled that when he managed inTampa Bay, he lost shortstop Akinori Iwakuma on a similar slide, but he never complained because he felt it was part of the game.

"It happens," he said. "Listen, everybody wants to put everybody in a bubble anymore. I mean, my God, I'm really not into that. I don't like the knee-jerk overreaction to anything, I really don't. Let's utilize the rules that are in play right now, but don't overreact."

Cora on Utley slide: It was a dirty tackle
Alex Cora reacts to Dodgers 2B Chase Utley's hard slide into Ruben Tejada during Game 2 of the NLDS. 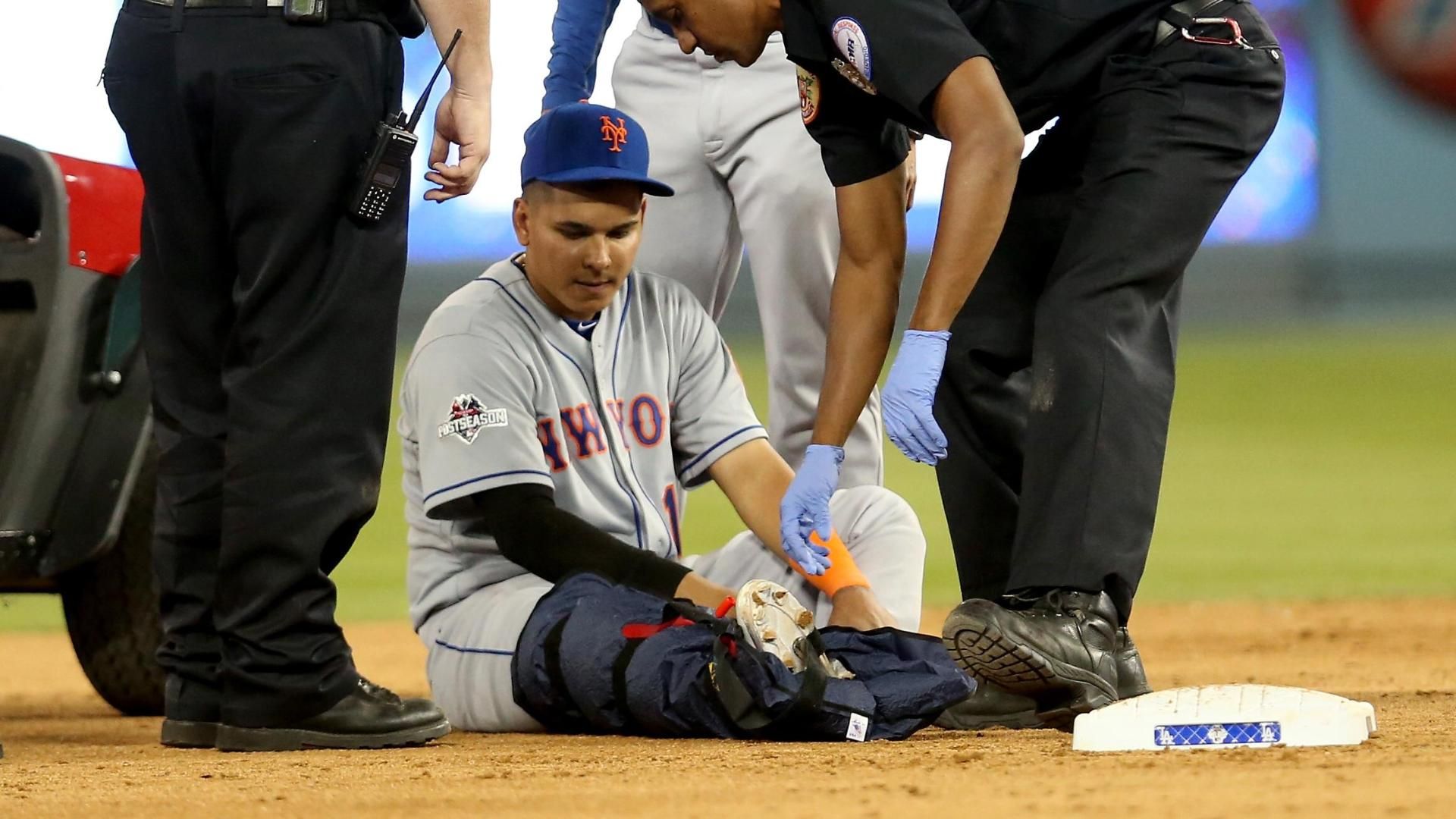