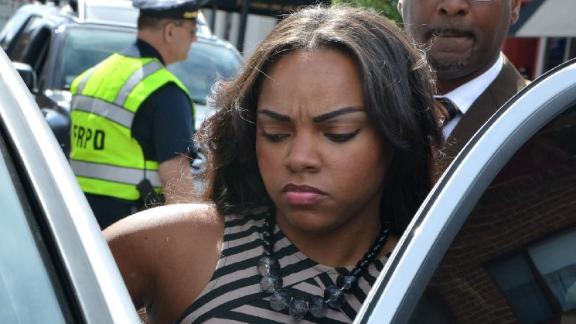 FALL RIVER, Mass. -- Prosecutors have spelled out what they say is evidence that the fiancée of former New England Patriots tight end Aaron Hernandez lied to the grand jury that indicted him on a murder charge in the slaying of Odin Lloyd, including about a box she discarded at Hernandez's direction.

In a filing Tuesday in Fall River Superior Court, the prosecution listed more than a dozen instances in which it says it has evidence contradicting Shayanna Jenkins' testimony to the grand jury investigating the 2013 shooting death of Lloyd.

A judge had ordered the additional information turned over following defense complaints.

Hernandez, 24, has pleaded not guilty in the shooting death of Lloyd, a semi-professional football player from Boston who was dating Jenkins' sister.

Prosecutors have said that most of Jenkins' testimony wasn't credible, including about getting rid of a box from the basement of the North Attleborough, Massachusetts, home she shared with Hernandez. Jenkins told grand jurors she couldn't remember where she threw out the box, which she put in a trash bag, covered with baby clothes, they have said.

Prosecutors haven't disclosed what they think the box contained. Jenkins was granted immunity before she testified.

In Tuesday's filing, prosecutors claim they have direct evidence that contradicts Jenkins' testimony "concerning how, why and the manner in which she removed the items from the home.'' It says the same of her claim that she didn't attempt to hide the box when taking it from the house and that she hadn't spoken to Ernest Wallace after Lloyd's killing.

Wallace, described by prosecutors as Hernandez's right-hand man, has also been charged with murder. He has pleaded not guilty.

Jenkins is free on personal recognizance.