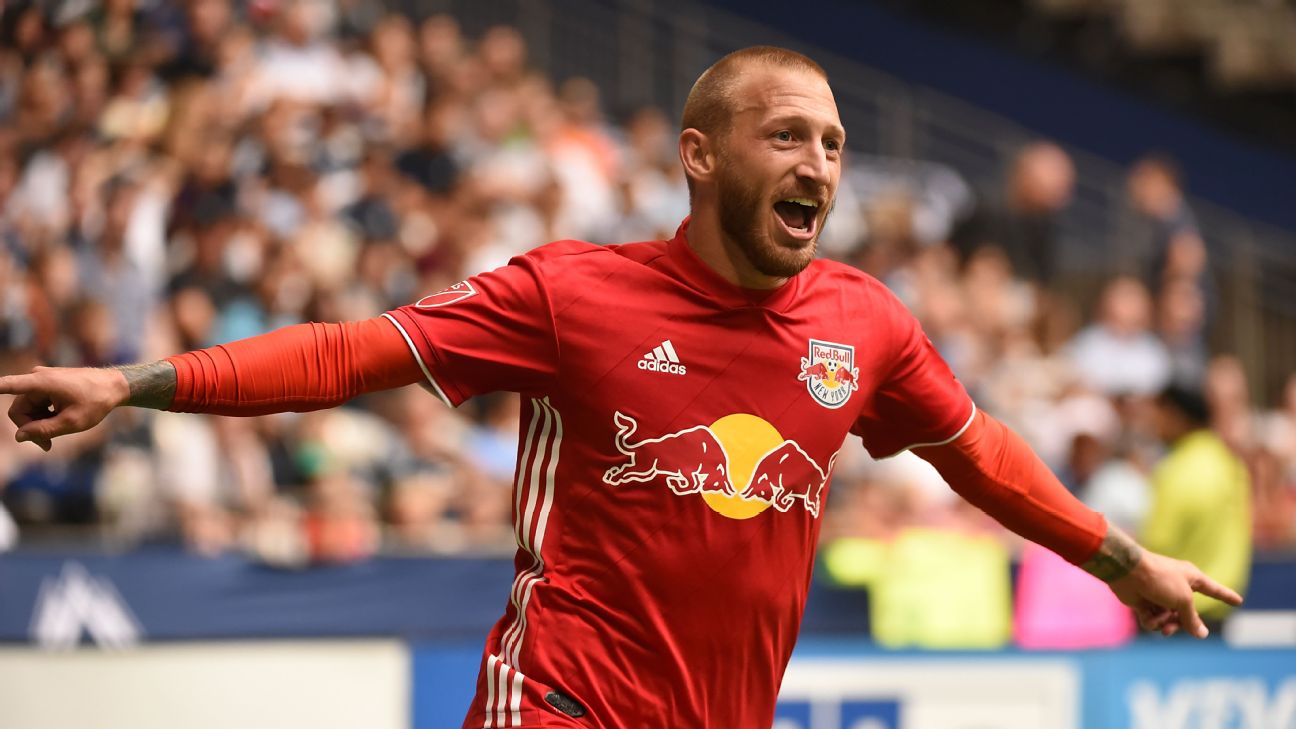 Daniel Royer scored his second goal of the game in the 90th minute to give the visiting New York Red Bulls a 2-2 tie with the Vancouver Whitecaps at B.C. Place Stadium on Saturday.

The game-tying goal came while the Red Bulls were shorthanded following the ejection of defender Michael Murillo in the 84th minute.

The Red Bulls have now earned points in nine of their last 11 games, though this was the first tie in that span. The Red Bulls are also in a tie for the most points in MLS with Atlanta.

The Whitecaps managed to remain unbeaten in five games, though the lost points cost them a spot in the playoff field as the things stand now.

Kendall Waston headed in both Vancouver goals off corner kicks, the central defender beating former partner Tim Parker for the ball both times. This was Parker's first game against the Caps since joining the Red Bulls in a preseason trade. Felipe, who went the other way in the trade, sent the second corner to Waston.

Yordy Reyna set up Vancouver's first goal as the Whitecaps rallied from an early 1-0 deficit. But Royer enabled the Red Bulls to have the last laugh.

He opened the scoring only five minutes into the game, putting in a Bradley Wright-Phillips cross from the right flank. Wright-Phillips has hit the scoresheet in each of the last six games in which he has started.

Waston drew the Whitecaps even in the 42nd minute as he out-jumped Parker to nod in Reyna's corner-kick from the left flag. In the 60th minute, things got physical as Waston sent Parker to the turf while still managing to head in Felipe's cross.

The goal came after Vancouver goalkeeper Stefan Marinovic stopped Wright-Phillips on a point-blank save after falling on the ball in a scramble after it rebounded off the crossbar.

On their Twitter page, the Whitecaps likened the save to a hockey goalie smothering the puck in his crease.

The Red Bulls could not muster similar pressure following Waston's second goal. New York's comeback hopes were seemingly hampered in the 84th minute as Murillo was ejected for taking a second yellow card for knocking down Whitecaps 17-year-old sensation Alphonso Davies as he rushed with the ball. Murillo was initially cautioned on a similar play against Davies in the 70th minute.

But Royer chipped a shot over Marinovic from just a few yards shy of the near post after taking a free kick from Tyler Adams, denying the Whitecaps a win before a sellout crowd.