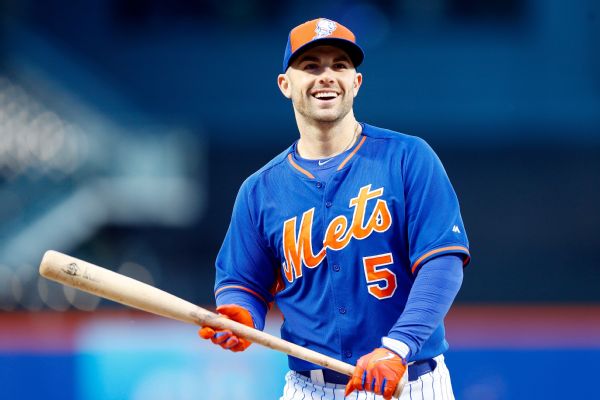 Wright was the designated hitter and batted third at Charlotte, a Tampa Bay Rays affiliate in the Florida State League. He finished 0-for-4, reached on an error and struck out twice.

Trying to come back from neck surgery last year for a cervical disk herniation, the third baseman hasn't played in a major league game since May 2016.

The 34-year-old Wright, who also has a chronic back condition called spinal stenosis, had trouble throwing in spring training, so his biggest test will be when he attempts to play defense. But he recently began baseball activities at the club's complex in Florida, including taking grounders.

New York is way out of playoff contention, and Collins said it is possible that Wright could be used strictly as a pinch hitter after rosters expand in September.

"That's on the table. That will all be determined in how David approaches everything right now," Collins said. "It's exciting to think, going through what he had to go through the last year and a half, that he's going to attempt it. We'll see how it plays out. There's a scenario where we don't have to worry about him playing defense."

Wright, who is on the 60-day disabled list, has a $19.4 million salary this season and is under contract through 2020.

"I'm anxious to hear how he feels tomorrow. I know he is just DHing, but anxious to see how he felt. We can use him here for sure," Collins said.

"We've got to take it one day at a time because we don't know how he'll feel tomorrow. I know there's a plan to get him in the field eventually. There has to be. We don't have the DH here, so he's going to have to go play the field. When that is going to be, I don't think anyone can predict that just yet. I know he's taking ground balls, and I think this is a huge step to get out there and see how it is offensively."