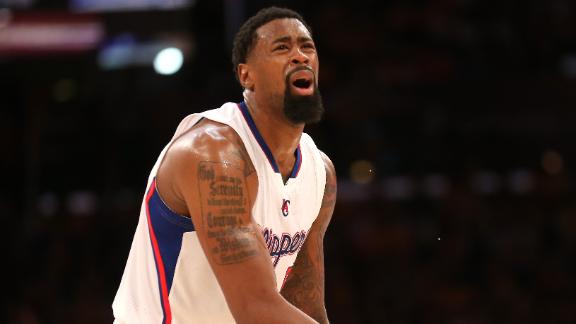 DeAndre Jordan has issued an apology to the Dallas Mavericks and owner Mark Cuban after he backed out of his verbal agreement with the team and re-signed with the Los Angeles Clippers this week.

Jordan called Cuban "one of the best owners in the world" in his Twitter message:

After the tweets were published, Cuban told ESPN.com via his Cyber Dust messaging app that he still has not had any communication with Jordan since Tuesday night. Cuban said Jordan's mother, Kimberly, called him, but he declined to elaborate on that conversation.

Jordan, after verbally agreeing to a four-year max deal with the Mavs last week, made an about-face, re-signing with the Clippers on Thursday morning shortly after midnight ET.

The contract with the Clippers also is a four-year max deal that will be worth an estimated $88 million, sources told ESPN. Jordan can opt out after three years.

Jordan was having second thoughts about his commitment to the Mavericks by Monday. He eventually decided to stay in Los Angeles after coach Doc Rivers, owner Steve Ballmer, and teammates Chris Paul, Blake Griffin and Paul Pierce arrived at Jordan's house in Houston on Wednesday afternoon and didn't leave until he officially re-signed with the Clippers.

Cuban said earlier Friday that communication with Jordan "basically stopped" Tuesday and that Jordan did not respond to any of the owner's attempts to contact him Wednesday.

Jordan departed for a 10-day cruise Thursday and is unlikely to hold a news conference until July 20.