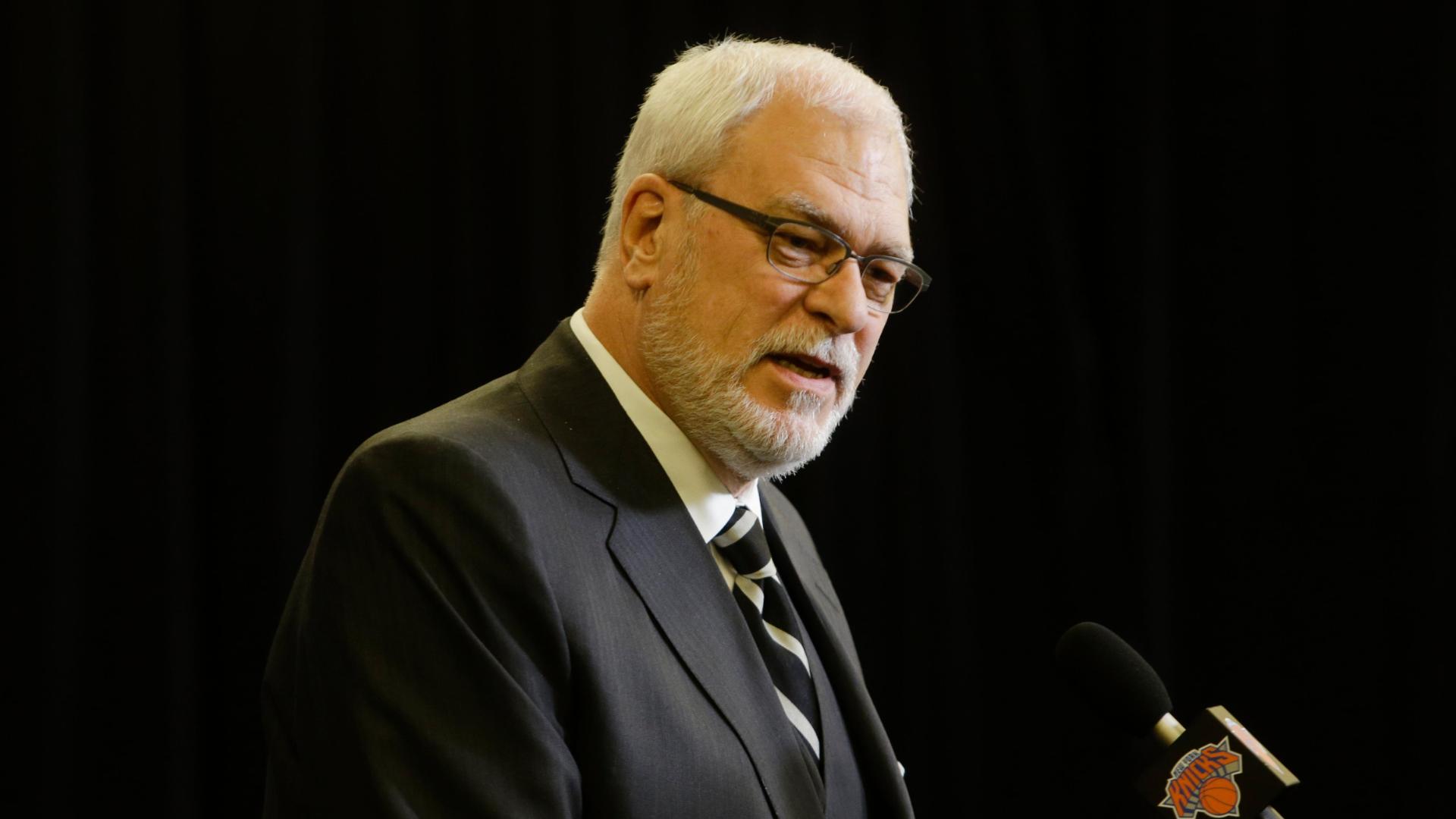 GREENBURGH, N.Y. -- While the world tries to decipher Phil Jackson's cryptic tweets from Sunday night, New York Knicks coach Derek Fisher did not interpret his boss's tweets one way or another.

However, Fisher believes his team is "trying and giving effort," in case anyone thinks Jackson's message was directed at the Knicks.

"I'm not really taking those as specific to any particular player, players, persons," Fisher said when asked Monday about Jackson's tweets. "Phil is the president of the team. He has his opinions. When you guys see him, you can, I guess, talk to him or ask him exactly what they mean. From my standpoint, I think our guys are trying and giving effort. But it's a hard game. And we've been through a lot. It's been a tough year."

After a 101-83 loss to the Cleveland Cavaliers at Madison Square Garden on Sunday, Jackson sent these two tweets later that night:

Speculation ensued as to whom Jackson was directing his comments, whether it be at the Knicks or former Knicks J.R. Smith and Iman Shumpert returning to the Garden alongside LeBron James. Smith and Shumpert connected on a dazzling alley-oop Sunday that was celebrated by the former Knicks -- who were traded to Cleveland last month -- and James as the Knicks called for a timeout down 30 points in the fourth quarter.

The Zen Master has been known for his motivational tactics, such as giving a player a particular book to read with the purpose of improving him and the team. Fisher was asked whether his former coach and current boss and mentor often has a message and purpose behind cryptic statements like his tweets.

"You guys should call Jeanie and ask her about that," Fisher said. "She knows him much better than any of us do. I think Phil, he says things that's on his mind. Sometimes it can be cryptic and there's a message in it. Sometimes it's just what he's saying.

"I think he enjoys how everybody spends all of this time trying to figure it out. May not mean much at all. That's always been a part of his nature even as a coach. I think as a player, people enjoy the kind of maverick/free spirit side of him. That's not necessarily going to change just because he's an executive."

The Knicks (10-45) have lost seven straight games entering Wednesday's game at Boston. The past two losses have been by 24 points to Miami and 18 to Cleveland.

"Well, yeah, we're beyond frustration," Fisher said. "But it's a requirement to find a renewed sense of purpose to every day. ... We can't predict how many more games we may or may not win. But you should be able to predict how hard you're going to try at it. That's one thing we should all be able to predict with 100 percent certainty.

"And I think [if the Knicks don't do that], that's what anybody can question what I'm doing, what players are doing; what Phil means by what he's saying is if you're questioning whether or not a guy is really giving everything he has at a 100 percent level. I think our guys are, but that's not an easy thing to do night in and night out, especially when you're losing." 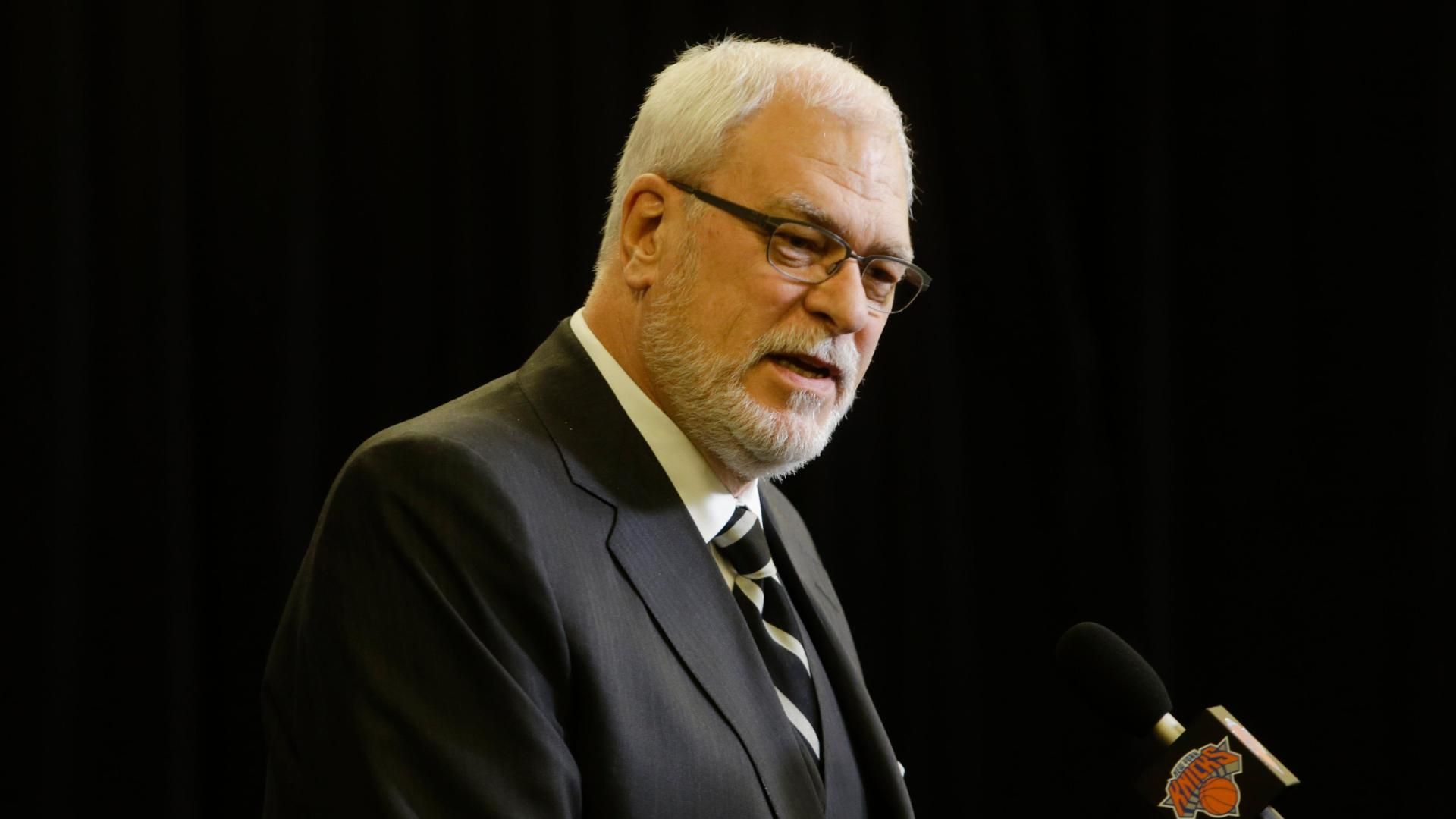