Derek Jeter among 18 newcomers on Hall of Fame ballot 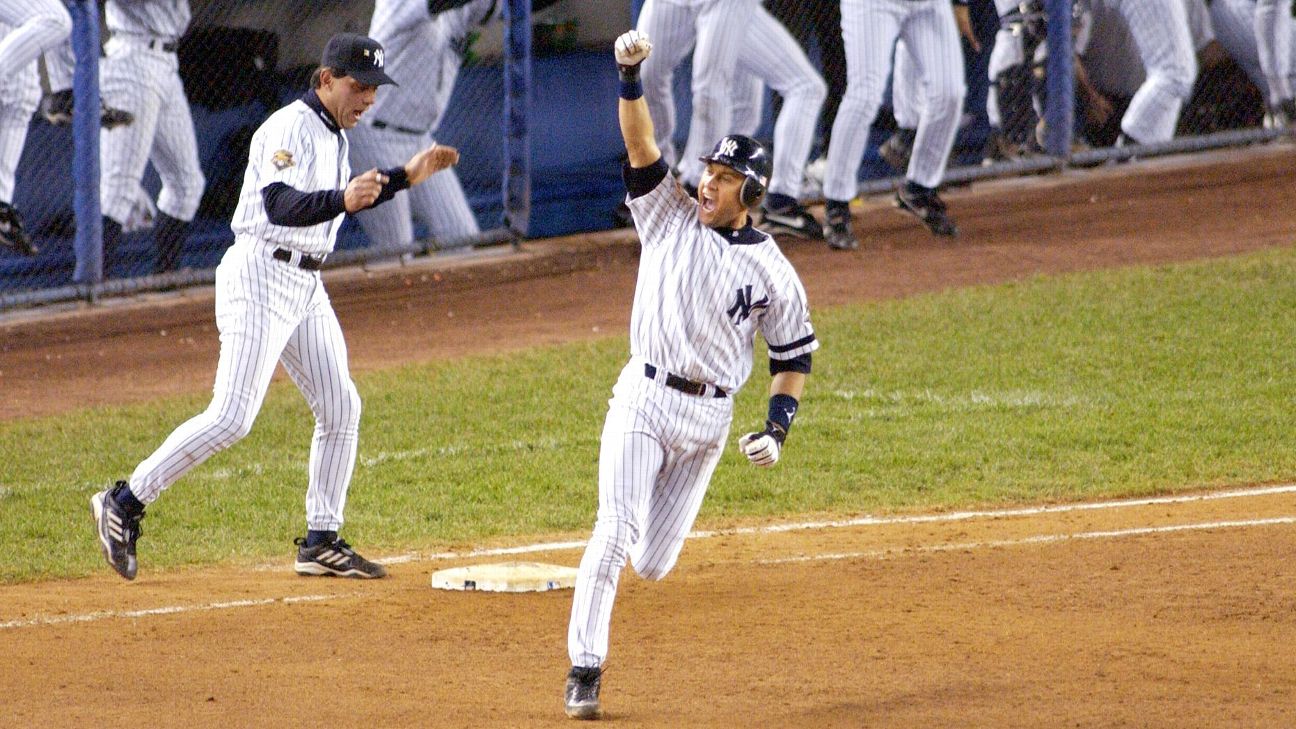 ESPN
NEW YORK -- Derek Jeter is among 18 newcomers on the 2020 Hall of Fame ballot. He is likely to be an overwhelming choice to join former New York Yankees teammate Mariano Rivera in Cooperstown after the reliever last year became the first unanimous pick by the Baseball Writers' Association of America.

A 14-time All-Star shortstop and five-time World Series champion, Jeter hit .310 with 3,465 hits in 20 seasons and was the 1996 AL Rookie of the Year. He has been CEO of the Miami Marlins the past two seasons.

Bonds and Clemens, whose candidacies have been tainted by allegations of steroid use, are both on for the eighth time. Clemens rose from 57.3% in 2018 and Bonds from 56.4%.

Ballots are sent to more than 400 BBWAA members with at least 10 consecutive years in the organization, and a player must appear on at least 75% to gain election. Ballots must be mailed by Dec. 31, and results will be announced Jan. 21.

Anyone elected will be inducted July 26 along with any selections by the Hall's modern era committee, which meets and votes in San Diego on Dec. 8.

Players remain on the ballot for up to 10 years, provided they receive at least 5% of the vote annually.

Roy Halladay, Edgar Martinez and Mike Mussina were elected along with Rivera in the 2019 BBWAA vote. 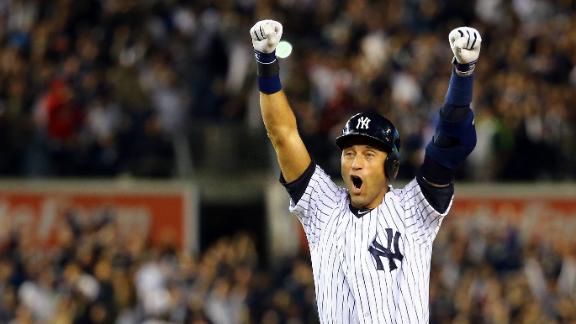 Derek Jeter thrived in clutch moments
Derek Jeter and "clutch" are synonymous because of his approach and mindset. 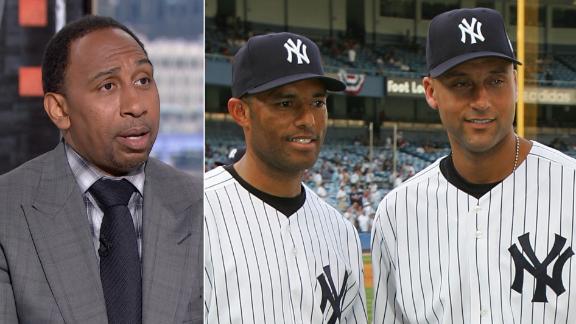