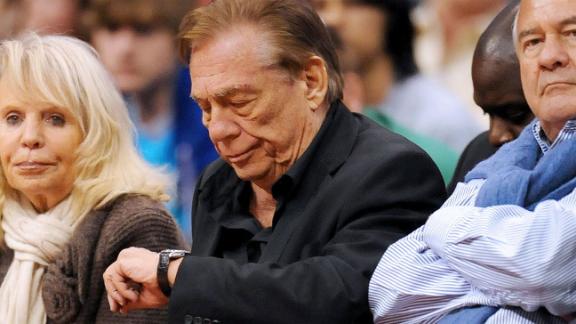 Donald Sterling lost what would appear to be his final move to block the sale of the Los Angeles Clippers.

Sterling's appeal of Tuesday's decision that closed the sale of the Clippers was denied Wednesday.

The appeal, a writ of supersedeas and request for an immediate stay, was Sterling's last-ditch maneuver to block the sale of the franchise to former Microsoft CEO Steve Ballmer.

"The evidence before this court indicates the sale of the Los Angeles Clippers to Steven Ballmer has closed," the Court of Appeal said in its ruling. "Thus, there is nothing for this court to stay."

In addition, the court ruled that Donald Sterling "has failed to show that the balancing of the relative harms favors granting a temporary stay or supersedeas."

"We who represent Donald Sterling are deeply disappointed that he has been deprived from ownership of the Clippers after 33 years without being accorded appellate review of this harsh result," Max Blecher and Bobby Samini, attorneys for Donald Sterling, issued a statement Wednesday night. "Nevertheless, we are confident Donald will be completely vindicated in his federal case against the NBA. More importantly, we believe that the "popular" ruling in the Probate matter is a serious blow to the Privacy rights for all Americans."

Ballmer is now the Clippers' primary owner after bidding a record $2 billion to purchase the franchise.

"While we have no doubt Donald Sterling will appeal to the Supreme Court, we are beyond thrilled and gratified and supremely confident that this is now over and done and Steve Ballmer is the undisputed owner of the Los Angeles Clippers," Streisand said.

The lawyer for Shelly Sterling, Donald's wife and the person approved to sell the franchise, also issued a statement on Wednesday.

"Shelly is thrilled that her decision to sell the Clippers to Steve Ballmer has been upheld by the Court of Appeal," said Pierce O'Donnell, lead counsel for Shelly Sterling. "It is time for Donald to accept that the game is over and he has run out of courts. For the Clippers, it is a new era under a new owner whose commitment to excellence and passion will take the team to an NBA championship."