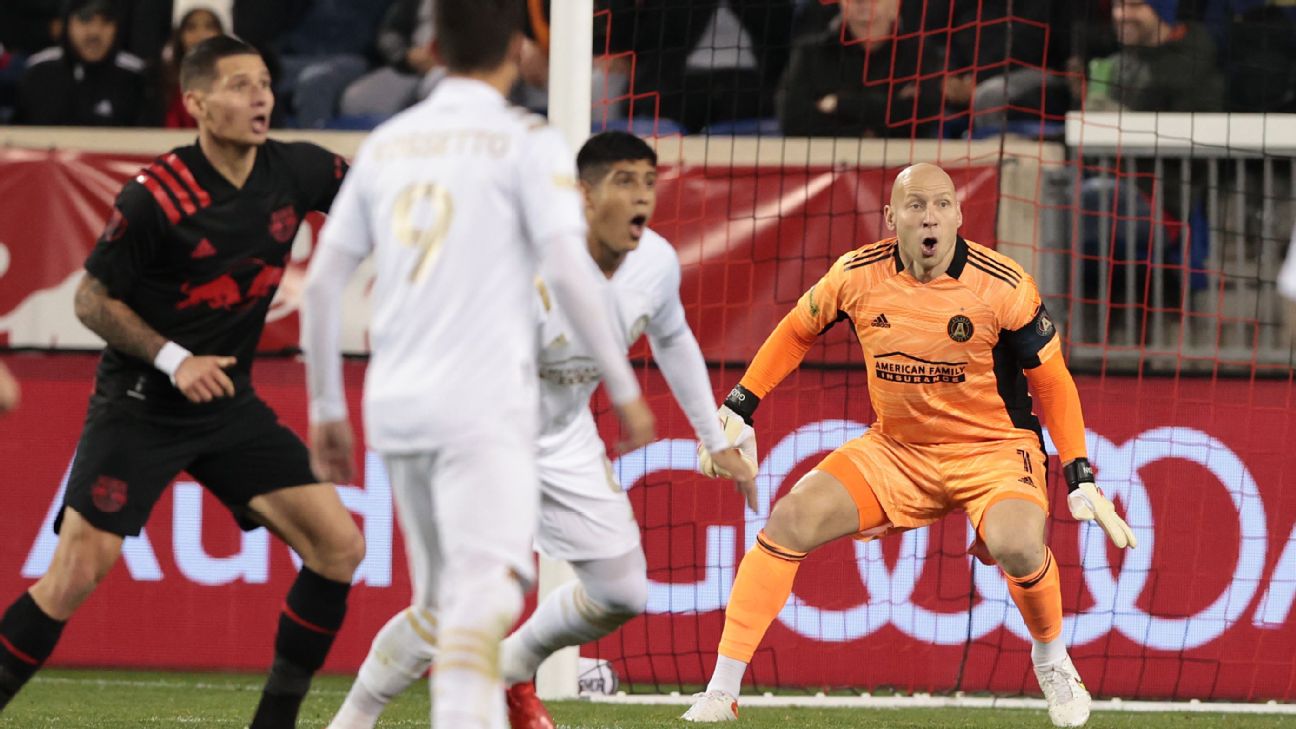 Brad Guzan made three saves to help fend off an aggressive New York Red Bulls attack and preserve a scoreless draw for Atlanta United FC on the road on Wednesday night in Harrison, N.J.

New York (13-12-8, 47 points) recorded 15 shots to Atlanta's two in a game with significant playoff implications. A win for either team would have secured a spot in the MLS Cup playoffs.


Atlanta (12-9-12, 48 points) holds fifth place in the Eastern Conference, level on points with sixth-place Orlando City and one point ahead of seventh-place New York. The top seven make the playoffs, and CF Montreal (46 points), D.C. United (44 points) and the Columbus Crew (44 points) are all still alive.

Montreal earned a 2-0 win over the visiting Houston Dynamo on Wednesday.

Defender Andrew Gutman was also unavailable for the Red Bulls as a result of his intraleague loan from Atlanta.

New York forward and leading goal-scorer Patryk Klimala narrowly missed the net as his shot from the right of the box clanged off the bar in the 48th minute.


Klimala was foiled again in the 52nd minute when his shot from the center of the box was corralled by Guzan.

Atlanta recorded its first and only shot on net in the third minute of second-half stoppage time as Five Stripes keeper Carlos Coronel stopped George Bello's shot from the left side of the box.

In the first half, the Red Bulls squandered a chance in the 15th minute when Klimala's header from the center of the box off a cross from Kyle Duncan missed left. The Red Bulls put two shots on net in the last 26 minutes of the half, but both were saved by Guzan.