Eduardo Nunez not sorry for bunt: We know CC Sabathia has bad knee 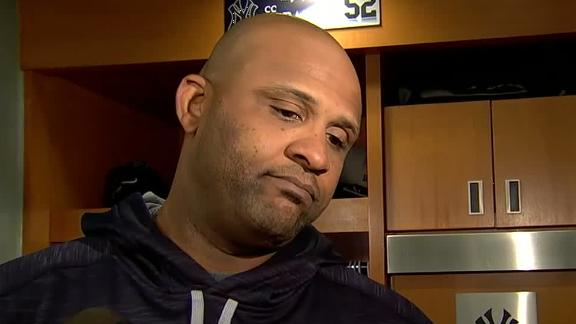 NEW YORK -- Yankees lefty CC Sabathia has stymied the Boston Red Sox in four starts this season. On Thursday night, he felt like scolding them too.

Speaking after New York's6-2victory at Yankee Stadium, Sabathia lashed out at the Red Sox, calling them "scared" and accusing them of "trying to take the weak road" by bunting against him. In particular, former Yankees infielder Eduardo Nunez reached base in the first inning when Sabathia made an errant throw after fielding a bunt.

"It is kind of weak to me," Sabathia said. "It is what it is. It just shows what they got over there."

Sabathia, 37, spent 10 days on the disabled list in August because of inflammation in his surgically repaired right knee. He also is 4-0 with a 1.04 ERA in four starts against the Red Sox, who are batting .246 against left-handed starting pitchers, compared to .267 against right-handed starters.

Nunez made a gesture of apology to Sabathia before his at-bat in the third inning. But Nunez also made it clear after the game that he wasn't sorry for trying to reach base however he can.

Asked whether he might try to bunt again the next time he faces Sabathia, Nunez said, "100 percent."

Sabathia said he doesn't believe his knee issues played a role in the Sox's strategy.

"I think they think I'm a bigger guy and I can't field my position," Sabathia said. "I'm an old man, so they should go out and want to kick my butt. I just feel like they tried to take the weak road."

Despite his error on Nunez's bunt and back-to-back one-out walks of Andrew Benintendi and Mookie Betts, Sabathia escaped the first inning by striking out Xander Bogaerts and Rafael Devers. As he walked off the mound, Sabathia gestured at the Red Sox's dugout and shouted.

Sabathia gave up one run on four hits in six innings in his 250th career start for the Yankees. The Red Sox's lone run against him came in the third, when Nunez singled, went to third on Benintendi's single and scored on a groundout.

"It gets you fired up," Sabathia said. "It makes you want to beat them. Obviously I want to win every time I go out there but even more so after that. It is too much respect -- scared. Let's go. Let's play."

Sabathia said he wasn't worried about a backlash from the Red Sox.

"I don't give a f--- about their reaction," said Sabathia, who apologized for swearing. "I don't really care what they have to say. I'm out there early every day. If they have something to say, we can meet in center field." 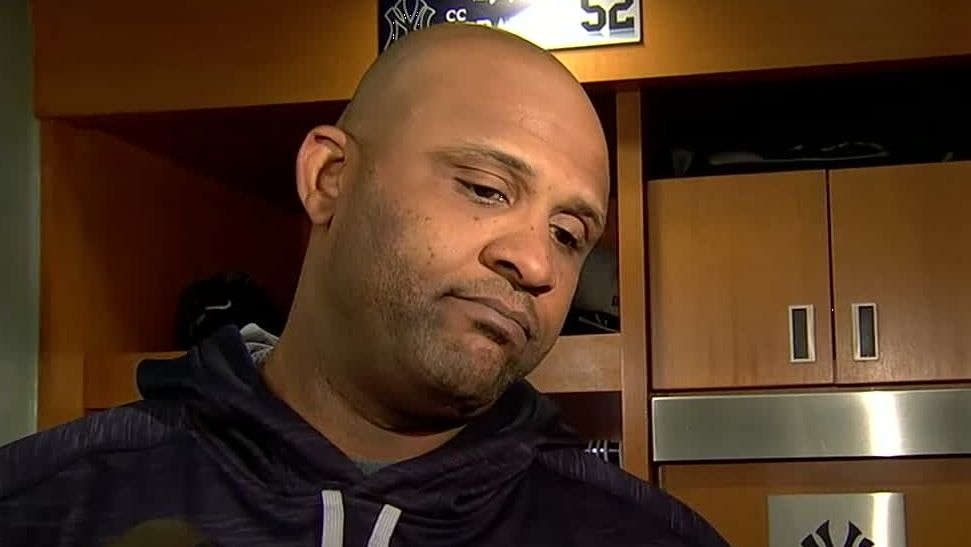