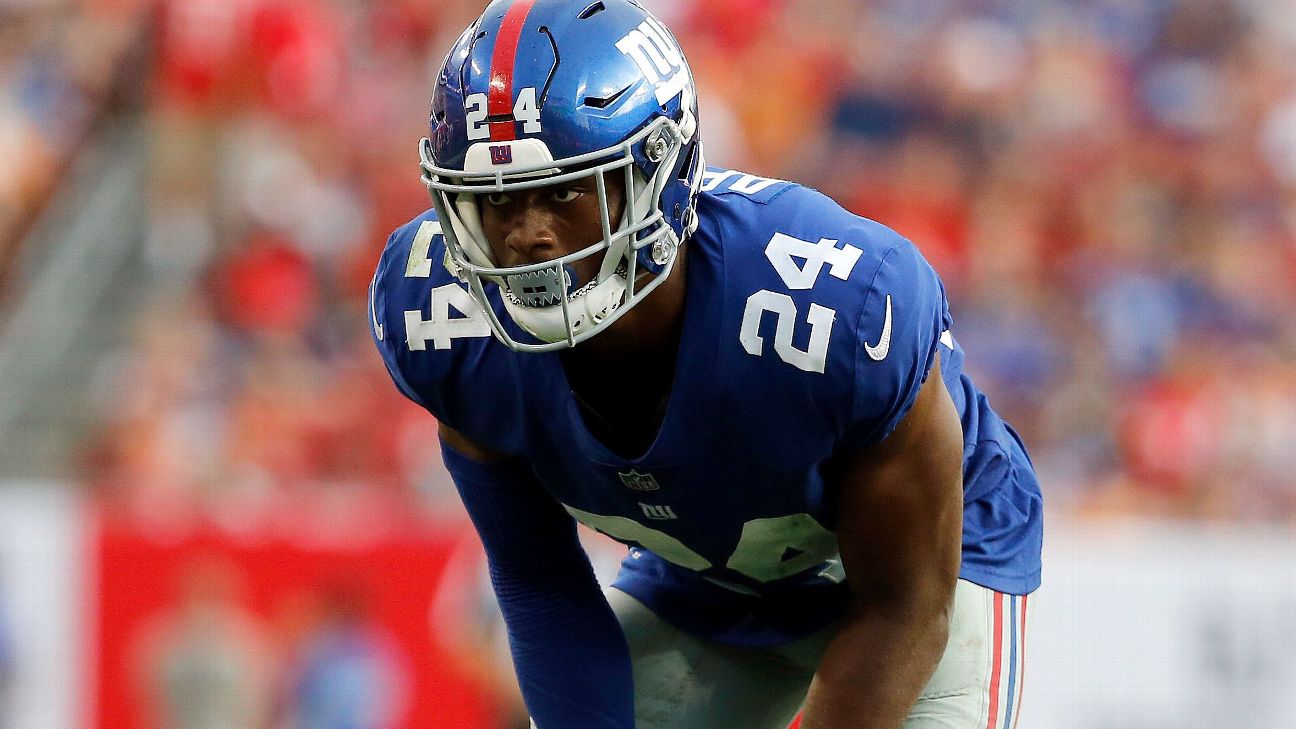 EAST RUTHERFORD, N.J. -- New York Giants cornerback Eli Apple was embarrassed when his second NFL season ended with a suspension for the final week of the season.

The campaign included multiple benchings and some troubling incidents with teammates, coaches and executives.

Apple conceded he may have gotten overconfident last year. He was left searching to become a better player, teammate and person this offseason.

"Was I embarrassed? Of course," he said Monday after the first organized team activity workout of the spring. "Nobody wants to go out the way I went out. It was all over the place. So, of course."

The 2016 first-round pick met with new general manager Dave Gettleman and coach Pat Shurmur not long after they were hired. He was given an assurance there would be a clean slate this year.

This was welcome news with rumors swirling about his future with the franchise under the no-nonsense new regime.

"I think it went well," Apple said of his conversation with Gettleman. "He was just telling me that he wants to put everything behind me. Just talked about clean slate. He said he was excited. I'm excited as well."

The Giants were excited about Apple's potential after a promising rookie season. But it all fell apart last year. He was dealing with family issues that bled into his work conduct and performance.

It reached the point where safety Landon Collins called Apple "a cancer" late in the season. Apple believes that bad blood is in the past.

"It's great," he said of their relationship now. "It's all about getting an understanding. We talked and put everything behind us. It's about moving forward now."

Apple, 22, was eventually suspended late last year for "a pattern of behavior that is conduct detrimental to the team" after an incident at practice involving a coach. It was a fitting end to a mess of a season.

He claims to have looked in the mirror and noticed a need for change. He went about making it happen this offseason.

"Because obviously there was stuff that happened," he said. "I want to continue to work on myself, communicate better, not let certain stuff get to me. Continue to strive and get better every day."

The Giants have been happy with what they've seen so far. They're planning on Apple being a significant piece to the team. He ran with the starting defense at cornerback opposite Janoris Jenkins on Monday.

Apple doesn't think he's the same player or person as last year. There have been changes.

"Everything," he said. "My habits, everything that I've done I can touch up on. I'm just going to fine-tune everything and come in with a different attitude and be positive on the field and do everything I can to make myself better as a player and everybody else as a team."

The early returns have been positive from the Giants' perspective.

"Well, I'm sure glad -- yeah, you hear things, but I'm sure glad that I truly believe in a clean slate," Shurmur said. "He's been nothing but professional, he's been out here competing, he's one of the guys that has been here almost every single day, and I haven't seen anything that somebody might have thought I heard. He's been great."

When Apple looks in the mirror now he sees something different from last year.

"A 22-year-old guy just ready to get to work. Continue to work hard and build on that," he said. "It's all about football right now. Being a better teammate and being the best football play I could be."