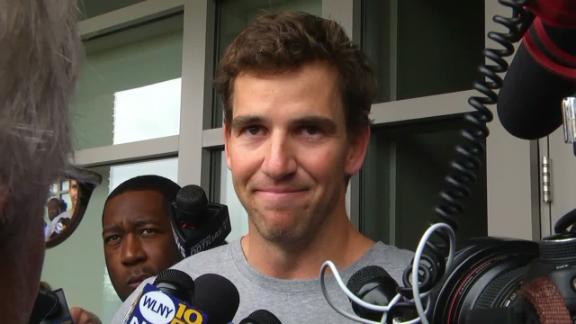 Manning turned over a potentially incriminating email earlier this month in connection with a lawsuit that claims the quarterback, the Giants and a team equipment manager knowingly provided memorabilia that was not worn in games.

The email was included in a court filing in Bergen County (New Jersey) Superior Court by the plaintiffs -- collectors Eric Inselberg, Michael Jakab and Sean Godown -- who first filed suit three years ago.

On Thursday,Manning said he was angry about the claims and that the emails were "taken out of context."

"I'm just more angry than anything ... having to deal with this and knowing that I did nothing wrong and [am] still being attacked."

Manning went on say to that because this is pending litigation, he would not be able to answer any questions or get into specific details about the lawsuit. He also said the league has not talked to him about the allegations.

"I will say that I've never done what I've been accused of doing. I have no reason, nor have I ever had any reason, to do anything of that nature," Manning said. "I've done nothing wrong and I have nothing to hide. And I know that when this is all done everybody will see it the same way."

On April 27, 2010, Manning sent an email to Giants head equipment manager Joe Skiba asking for "two helmets that can pass as game used." The email was initiated after Manning was sent a note by Alan Zucker, his marketing agent throughout his career, to come up with some equipment to satisfy his obligation to provide such materials to sports memorabilia company Steiner Sports.

Before that email, the lawsuit had included only an alleged conversation between Manning and Skiba to put together some equipment that could be described as game-used. The lawsuit alleges that Manning not only had been aware of the passing off of inauthentic items of his as game-used but also was party to their creation.

The suit also alleges that the Giants were complicit by deleting the email from their accounts.

Brandon Steiner, the CEO of Steiner Sports, said Monday on Facebook Live that he's hoping the items Manning gave to him and presented as game-used, that he then sold, were legitimate, but he isn't sure at this time.

"When Eli Manning walks into your office and he says, 'These are my game-used items,' then I'd like to think that I can believe that," Steiner said.

Steiner said Monday his company has had a deal with Manning since his 2003 rookie season and that for a period of about five years, Manning threw in two to three game-used items per season as part of a bonus to his contract.

Manning, who is scheduled to earn almost $20 million in salary and bonuses this season, was asked why he had a contract with a memorabilia dealer when he made so much money on the field.

"Well, it's just autographs," he said. "It is just a way to sign your name, and I think a lot of people do it. It is just part of the business."

ESPN staff writer Jordan Raanan and The Associated Press contributed to this report. 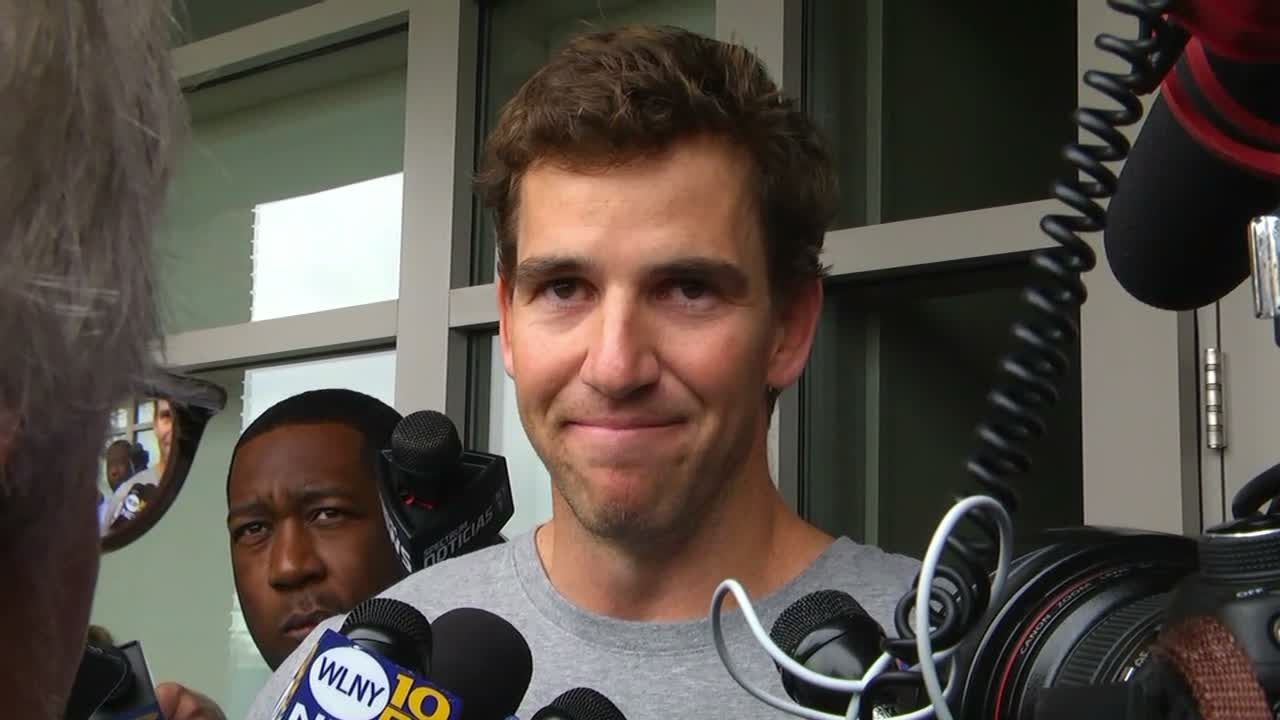