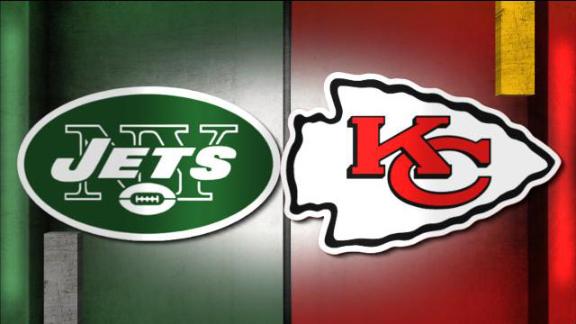 A well-intentioned tweet by the $36 million wide receiver sparked a Twitter war that ended with his wife, country music singer Jessie James Decker, firing back at Jets fans and, ultimately, deactivating her account.

It started Wednesday, when Decker caught serious flak on the social media site for asking his followers to explain why they love the Jets so much.

After falling to 1-7 with a six-turnover loss to the Buffalo Bills last Sunday, and after a bizarre midseason news conference in which general manager John Idzik was pilloried for rambling and painting a rosy picture of the team's outlook, the fan base was in no mood to explain its love of the team.

Decker was flooded with nasty and sarcastic tweets. That infuriated Mrs. Decker, who tweeted:

Eric Decker seemingly meant well with his initial tweet, but it backfired.

"You've got to expect that," he told reporters in the locker room. "Obviously, everyone's entitled to their opinion. I don't think it's against the law to try to unite or reach out to fans. When you're in the position you are, people obviously enjoy winning a lot more than losing -- I get that -- but they still love the team aspect.

"The more you can be ... personal with them, I think the more they feel part of the team," he continued. "For me, that's the biggest thing, making fans feel like they are important, because they are."

The Jets have dropped seven straight, on their way to what could be one of the worst seasons in franchise history. Decker, who left the defending AFC champion Denver Broncos to sign with the Jets, has battled a hamstring injury, contributing to his disappointing numbers -- 31 catches for 363 yards and three touchdowns.

"Obviously I wish things could be different," he said. "I didn't expect everything to be all happy and gung-ho, I knew I was going to get some sarcastic remarks, because you're always going to get it, no matter what the situation is there's always someone out there wanting attention."