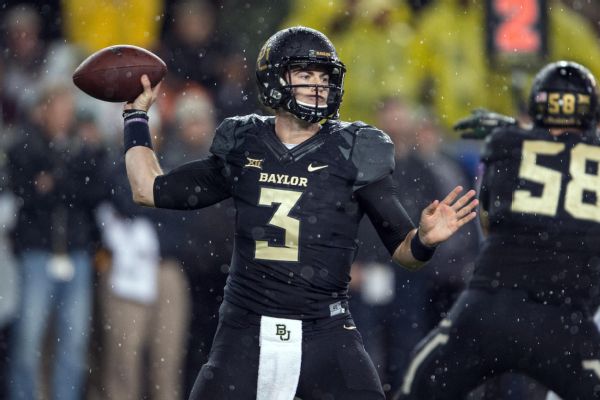 Stidham, ESPN's No. 1-ranked junior college recruit, sat out this season after transferring out of Baylor in July and will be eligible to play in '17 for the Tigers.

Stidham chose Auburn after taking multiple visits to the school this fall and hosting coach Gus Malzahn for an in-home visit Friday. He also considered Florida and Texas A&M during his recruitment.

Stidham threw for 1,265 yards and 12 touchdowns and started three games as a true freshman for Baylor in 2015. He left the school this past summer after the firing of coach Art Briles and elected to sit out the 2016 season and take online courses through McLennan Community College in Waco, Texas, while training for his next opportunity.

Stidham will have three seasons of eligibility at Auburn and could be the front-runner to become its starter this spring. He'll compete with returning quarterback Sean White, who has started nine games this season as a sophomore.