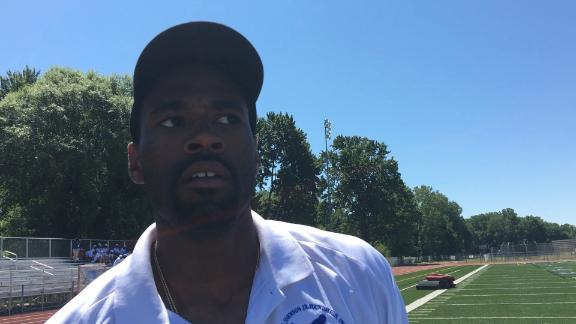 ESPN
By Michael Rothstein
HARRISON TOWNSHIP, Mich. -- His body wasn't holding up anymore and Calvin Johnson had had enough. That, the former Detroit Lions All-Pro receiver said, was a big reason for his retirement.

Even months after he retired, Johnson wore a splint on his injured finger during his Calvin Johnson Jr. Foundation Catching Dreams Football Camp at L'Anse Creuse High School in Michigan.

Johnson announced his retirement in March after nine NFL seasons. He had not spoken publicly about his retirement since the announcement, choosing to forgo a news conference in favor of a lengthy statement. On Saturday, after his camp concluded, he spoke about it for the first time.

"I know everybody wants to know why I retired, but it's more so I put a lot into the game and it's taken a lot out of me and that's where I'm at right now," Johnson said. "I'm not getting into the specifics of the things that it has taken away, but it definitely feels good, I guess I could say for myself, to spend more time around my family, my son, just got married.

His former teammate, Rob Sims, said most people don't understand how much pain and injury Johnson played through during his career. Johnson caught 731 passes for 11,619 yards and 83 touchdowns.

"He really played through some stuff that a guy of his caliber doesn't usually do," Sims said. "And we used him. We used him. I remember picking him up a couple times and being like, 'God, man, you should not be in this game right now.' But we needed him."

And it was his body that eventually made him decide to retire -- nothing else.

"I wouldn't just quit because we were losing," Johnson said. "Just [my] body, man, I was tired of it. I was fed up. Had enough."

Don't expect him to be coming back, well, ever. Johnson made that clear Saturday.

"I'm not coming back," Johnson said. "You ain't gotta worry about that."

Johnson said he is content with how his career played out despite the Lions' record and his lack of team and postseason success. And he seemed content Saturday, completely comfortable coaching the fewer than 50 kids who showed up for his free camp.

He is still plotting out his future as well. He is planning to eventually return to finish the 30 or so credits he has left at Georgia Tech -- perhaps as early as this fall. He's going to become more invested in his foundation and trying to grow it. And he wants to run more camps to help teach the game, although you shouldn't expect him to go into coaching.

He also ruled out politics as a potential future, even though he has started to take stronger stances for gun control on social media recently.

"Everybody thinks about [their future] at some point in their career," Johnson said. "After you get past that fifth, sixth year, guys start thinking, 'How long am I going to play?' I beat the average, which is two, three years.

"At some point, if you got any bit of intelligence about yourself, you gotta think about what's going to happen afterwards."

He said he knew he was going to retire before the start of the 2015 season and informed his family about it. Eventually, he told a few teammates, but he kept it mostly quiet. He said Saturday that he actually thought about retiring after the 2014 season, when the Lions made the playoffs and lost to the Dallas Cowboys, but he "felt like I could do it again," which brought him back for one more season with the Lions.

"It's my decision," Johnson said. "I made my own decision. I'm good with it."

Johnson said he's often asked about a comeback when he's spotted in public, but he affirmed Saturday that it is not going to happen. Not even close.

Johnson said that if he ever did come back -- and again, he won't -- it would be in Detroit because he likes it in the city and has an affinity for it. It's where he spent his entire career. It's where he holds almost every significant Lions receiving record and set the NFL's single-season record for receiving yards with 1,964 in 2012.

Megatron is retired, but Calvin Johnson is happy. He's content. And while he's still going to watch football, he gave no indication that he'll miss playing it. 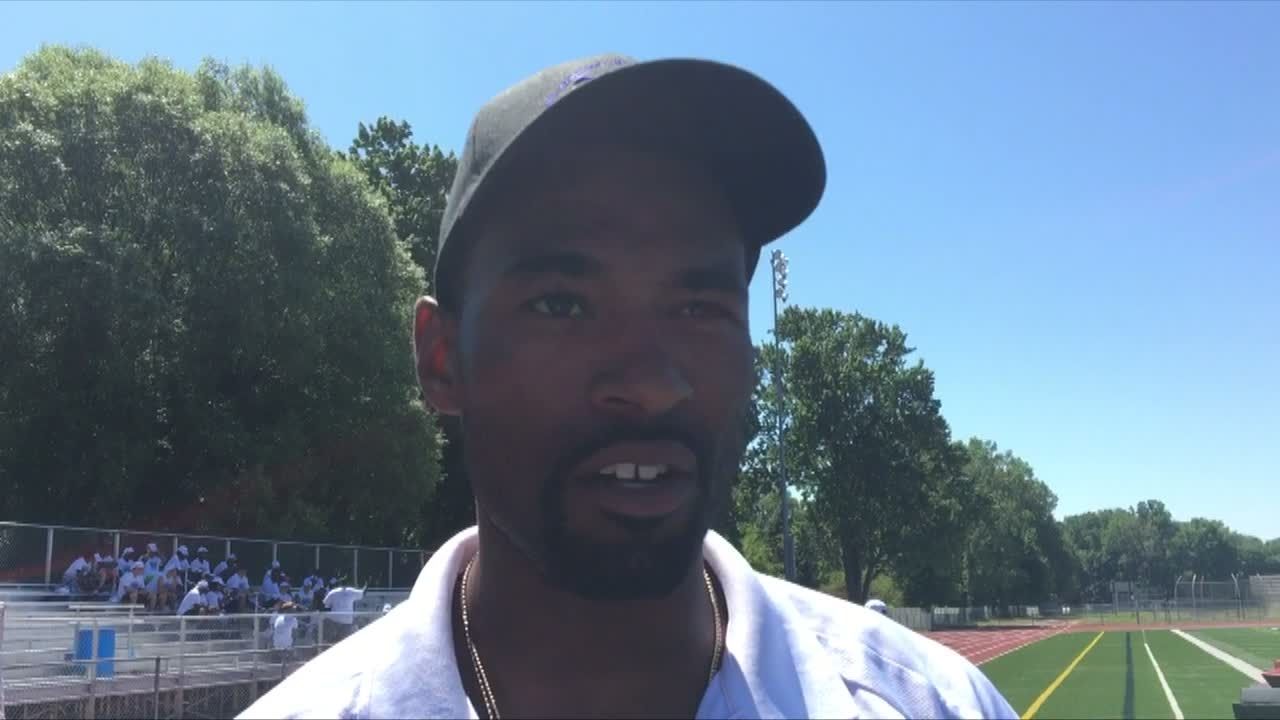 Megatron at ease with retirement decision
Take a look into Calvin Johnson's Catching Dreams Football Camp where the former Lions wide receiver shows campers how to run drills like a pro. Johnson also addresses his decision to retire from the NFL after nine seasons.

Calvin Johnson: 'I made my own decision'
Former Lions wide receiver Calvin Johnson says he's content with the decision he made to retire after the 2015 season and discusses how much time he'll still be spending in Michigan.
Related topics:
sportsespndetroit lionsnflmegatroncalvin johnsonretirement
Copyright © 2020 ESPN Internet Ventures. All rights reserved.
More Videos
From CNN Newsource affiliates
TOP STORIES