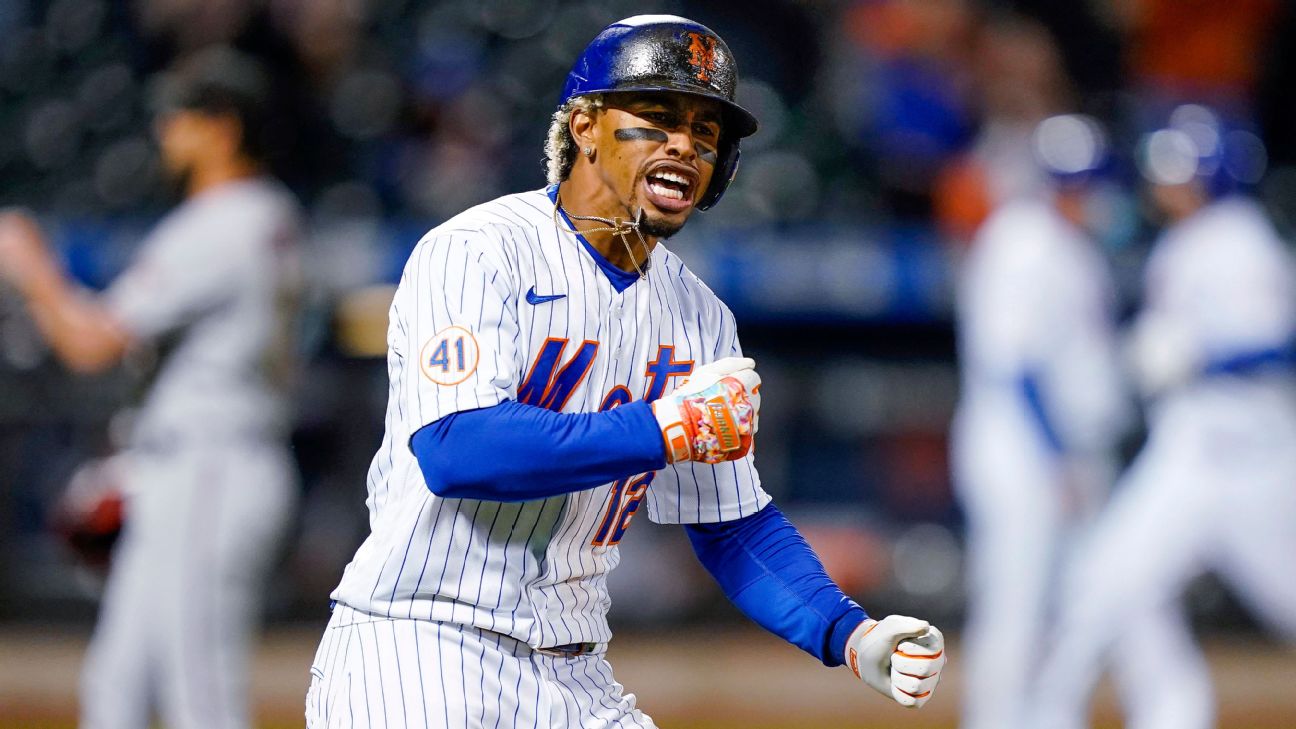 NEW YORK -- Mets shortstop Francisco Lindor was activated from the injured list and in the lineup Tuesday night after missing five weeks with a right oblique strain, while ace Jacob deGrom could begin a throwing program soon pending the results of an MRI on Wednesday.


DeGrom has been out since July 7 with right forearm tightness. He will have Wednesday's MRI reviewed by Dr. David Altchek, and acting general manager Zack Scott said he would rely on Altchek's opinion to determine if the two-time Cy Young Award winner can resume throwing.

Lindor struggled early in the season after being acquired from Cleveland and signing a $341 million, 10-year contract. He's hitting .228 with 11 homers and a .702 OPS on the year.

He was swinging better before the injury, batting .288 with three homers and an .875 OPS in his last 20 games before going on the injured list July 17.

The Mets have lost eight of 10 and slid out of the NL postseason picture entirely at 61-63 after leading the NL East for nearly three months. First-year owner Steve Cohen criticized New York's struggling hitters on Twitter last week, and Lindor said Saturday that his hitting warranted the barb.

"We've been getting that message all year," Lindor said. "We haven't really hit all year long. I haven't performed. I haven't done it. Bottom line, I haven't done what I'm here to do when it comes to the offensive side.


Lindor will be paired with newcomerJavier Baezin the middle infield for the first time. Acquired from the Chicago Cubs at the trade deadline, Baez returned Sunday after missing 11 days with a back injury.

DeGrom was transferred to the 60-day injured list over the weekend and isn't eligible to return until Sept. 13. Even if he's cleared to resume throwing Wednesday, Scott doesn't anticipate him being ready for game action by that date.

Right-hander Noah Syndergaard (Tommy John surgery) played catch Tuesday, and Scott was hopeful he could begin a minor league rehab assignment as soon as this week. The plan isn't solidified, but New York is likely to use Syndergaard as a reliever down the stretch to shorten the amount of time he has to spend on rehab.