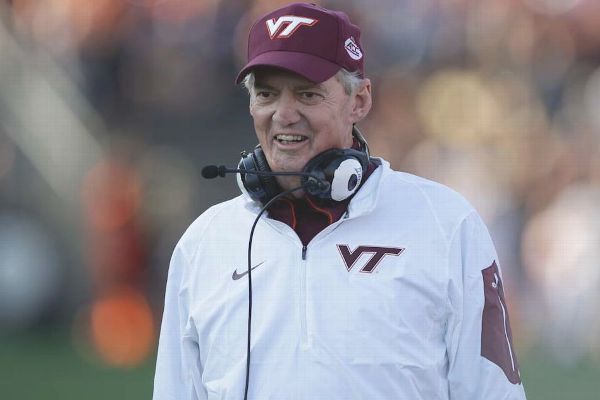 The new members will each begin a three-year term this spring.

Texas Tech athletic director Kirby Hocutt will chair the committee for a second straight season, CFP executive director Bill Hancock told ESPN.com on Tuesday. Hocutt's term has been extended through February 2018, and the term for former Vanderbilt and Furman coach Bobby Johnson has been extended through February 2019. Both Hocutt's and Johnson's terms were originally set to expire next month. They had served incomplete two-year terms, having replaced Oliver Luck and Archie Manning, respectively.

With the additions of Beamer, Howard and Smith, the selection committee will have 13 members heading into the 2017 season after having 12 in each of the first three years.

"Frank, Chris and Gene will each bring a wealth of knowledge to the selection committee," Hancock said in a prepared statement. "All three played college football. And they will continue the CFP tradition of committee members with high integrity and a passion for college football.

"We are also delighted that Kirby will return as chair," Hancock said. "He did a tremendous job of leading and facilitating the committee's deliberations, and he was also an excellent representative with the media and public. Likewise, we are pleased that Bobby accepted our invitation to return. He is an excellent evaluator of teams and brings a valuable coach's perspective."

The new members will replace Barry Alvarez and Condoleezza Rice, whose three-year terms expired, and Lloyd Carr, who stepped down from the committee for health reasons. Without Rice on the committee, there is no longer a woman in the group.

Beamer was head coach at Virginia Tech for 29 seasons and finished his career there as the winningest active coach in FBS history at the time of his retirement in 2015 (238-121-2). Beamer led the Hokies to 23 consecutive bowl appearances, four ACC championships, five ACC Coastal Division crowns, three Big East conference titles, six BCS appearances, two "major" bowl victories and a trip to the national championship game in 2000.

"I had to make sure it wasn't someone pulling my leg when I got the call inquiring whether I'd be interested in serving on the College Football Playoff Selection Committee," Beamer said in a statement. "When Bill Hancock assured me that that it was quite legitimate, it didn't take me long to sign up. What an honor and what a privilege!

"College football has been my life's work, and I'm really humbled that I can still contribute to the game in this role. Hopefully the rest of the committee will be interested in my perspective. To join a group with so many great minds and such a diverse range of experience, I just want to pull my weight. The committee has an important role, and I'll do everything asked of me to help rank the best teams in America for the right to compete for the national championship."

Since 2015, Beamer has served as special assistant to Virginia Tech athletic director Whit Babcock, where he focuses on athletic development and advancement.

Howard graduated from the U.S. Air Force Academy, where he earned a bachelor's degree in political science in 1991. A Rhodes scholar, he earned his doctorate in politics at the University of Oxford and an MBA with distinction from the Harvard Business School.

Howard was a starting running back at Air Force, where he was named a first-team All-American and winner of the inaugural Campbell Trophy as the nation's top senior football scholar-athlete. His football career ended with an upset victory over Ohio State in the Liberty Bowl.

"This is a tremendous honor and privilege to be appointed to this committee," Smith said in a statement. "The sport of football has given so much to me and I feel extremely fortunate to have this opportunity to be able to give back."