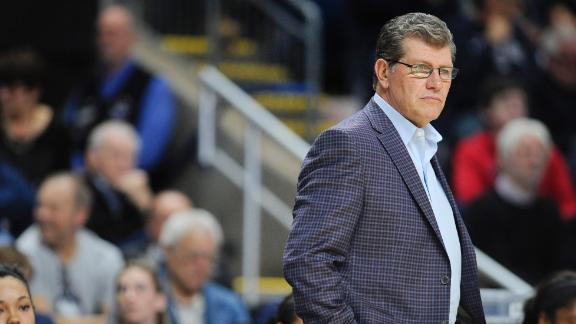 BRIDGEPORT, Conn. -- Geno Auriemma and his UConn Huskies have been steamrolling through the NCAA tournament. They stand three wins away from a fourth straight national championship, an unprecedented feat in the sport. Up next is Texas, a team they beat by a record 51 points in the Sweet 16 last year.

Instead of talking about the Longhorns, however, Auriemma and his team were left answering whether their dominance was good for the sport a day after they beat Mississippi State by 60 points in the regional semifinals. On Saturday afternoon, Boston Globe columnist Dan Shaughnessy tweeted that the Huskies were ruining the game. It's a theory the Hall of Fame coach has heard many times over the past 15 years. During that span, the Huskies have won nine of their 10 titles.

"When Tiger [Woods] was winning every major, nobody said he was bad for golf," Auriemma said. "Actually he did a lot for golf. He made everybody have to be a better golfer. And they did. And now there's a lot more great golfers because of Tiger."

Shaughnessy told Outside the Lines on Monday that it's not the Huskies' fault that they have been so dominant.

"This is wonderful what they're doing and good for them. I just don't think if you're a fan of the women's game and you want to see the game grow that it's good for the sport," Shaughnessy said. "The NFL game became great because of parity, among other things.

"I like sports for competition, not knowing the outcome, who's going to win. When you already know who's going to win, again, it's not their fault, but it makes it less interesting to me. Yeah, I will watch other stuff, but we're still allowed to have opinions. I just don't think this is good for the women's game, and I would like to see them do better."

Women's basketball is still waiting for someone to consistently challenge the Huskies. They have won 72 consecutive games, and no team has come within single digits of them during that streak -- the second longest in NCAA history, trailing only their own 90-game run a few years ago. If they get three more wins, which almost seems like a foregone conclusion, then Auriemma will pass vaunted UCLA coach John Wooden for the most championships in college basketball history.

Auriemma has said that what his team has accomplished comes at a time in the sport that is similar to when Wooden and UCLA were dominating men's college basketball.

"We don't appreciate people for how good they are and what a good job they do -- we always have to compare it to something," Auriemma said. "It's only in women's basketball. It's the only sport where that happens. The only sport. Day in, day out, year in, year out, we're faced with those questions and those comparisons."

Shaughnessy dismissed the Wooden and Auriemma comparison to OTL.

Auriemma had a simple message for critics who have panned UConn's run of dominance for making the NCAA tournament into what they claim is unwatchable television.

"Nobody's putting a gun to your head to watch," Auriemma continued. "So don't watch. And don't write about it. Spend your time on things that you think are important. If you don't think this is important, don't pay any attention to it."

There have been signs of change. In three of the past four seasons, two No. 1 seeds have lost in the Sweet 16, including South Carolina and Notre Dame this year. There have been more upsets in the women's tournament than the men's this season.

"I think that for women's basketball, we're trying to continue to grow the game, and you can tell that we are with how the tournament has played out so far, with the upsets and that kind of stuff," UConn star Breanna Stewart said. "But it needs to continue. Teams need to get better, players need to get better and that starts from before we even get to college."

Texas is hoping it has improved from last season's rout. The Longhorns (31-4) have already advanced further and are trying to reach their first Final Four since 2003.

"I think that experience from last year and trying not to have that deer in the headlights look that, obviously, everyone seems to have against them hopefully will help us," Texas coach Karen Aston said.

"Last year I think they put the hammer on us because we gave up," Texas' 6-foot-7 center Imani Boyette said. "... We learned that we have to stay together when times get hard on the court and make sure we've locked into each other and helping each other regardless of what's happening." 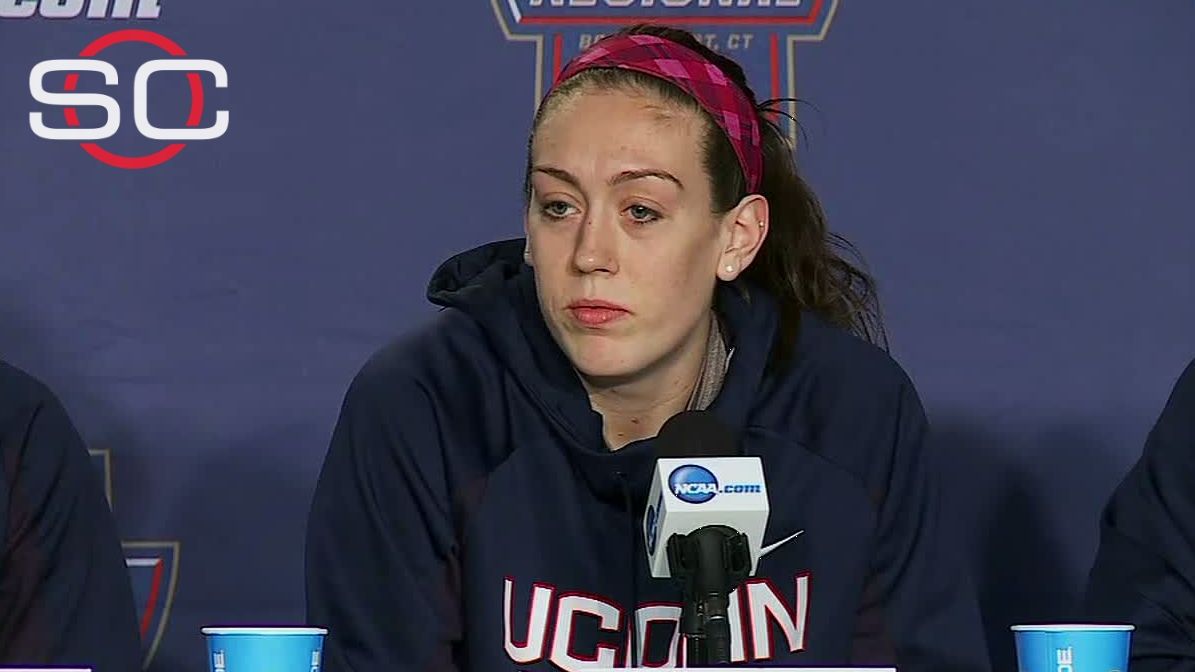 Stewart, UConn making no apologies for dominant play
Breanna Stewart addresses Connecticut's dominance and lopsided scores in the NCAA tournament and how the Huskies can help grow the game of women's basketball.