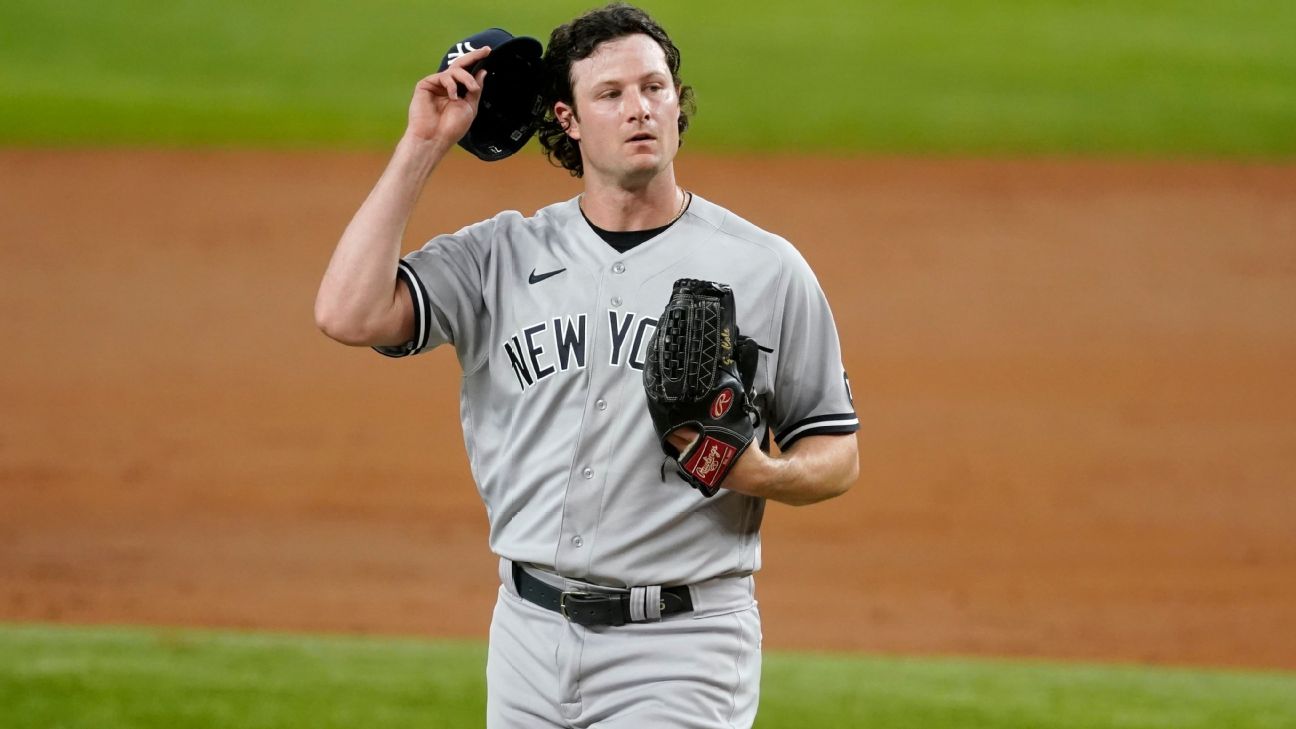 Gerrit Cole issued his first walk in more than a month Monday night, but he managed to set a big league record first.

The New York Yankees' ace set the major league record (since 1900) for most consecutive strikeouts without a walk, breaking a mark Corbin Burnes of the Milwaukee Brewers had set just last week.


Burnes collected 58 Ks without a walk to start the season. Cole topped that mark when he struck out the side in the bottom of the first inning against the Texas Rangers on Monday night in Arlington, Texas, then added two more strikeouts later in the game before issuing his first walk since April 12 when Joey Gallo reached with one out in the third.

The only downside to the record night? It came in a loss, as Cole's bid to become the American League's first six-game winner was denied in a 5-2 Rangers victory.


"It's pretty cool. I wish it would've come in a win. So yeah, I'm kind of more focused on the fact that we lost," Cole told reporters afterward.

Cole (5-2) allowed season highs of five runs and seven hits, getting pulled after Adolis Garcia led off the sixth with a sharp single on the right-hander's 89th pitch. Cole struck out seven but also issued two free passes.

His franchise record-matching streak of 12 consecutive starts allowing two earned runs or fewer ended, keeping him tied with Whitey Ford (1963) and Chad Green (2017-19). Cole also snapped a run of five starts in a row going at least six innings and not walking a batter, one off the team record David Wells set 18 years ago. 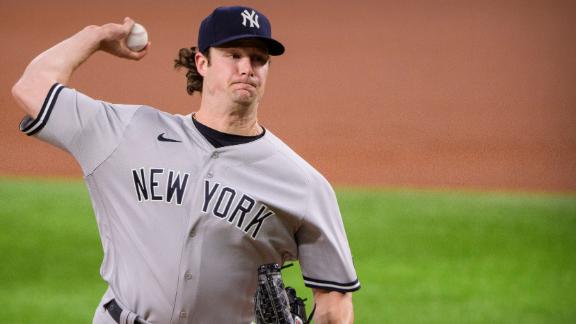 Cole makes MLB history with 59 straight K's without a walk
Gerrit Cole strikes out the side in the first inning to set a major league record for the most consecutive strikeouts without a walk.
Report a correction or typo
Related topics:
sportsespnnewsmlbnew york yankeesgerrit cole
Copyright © 2021 ESPN Internet Ventures. All rights reserved.
TOP STORIES
Voting hours, the candidates and more to know about NYC's mayoral primary
NYC Primary: What is ranked choice voting?
When will we know who wins NYC's mayoral primary?
Here's why each of the 8 Democrats say they want to be mayor of NYC
AccuWeather: Mostly sunny, but watch for rip currents at the beach
GOP filibuster halts Democrats' signature voting bill
Exclusive: Video shows huge fireworks explosion in Upper Manhattan
Show More
Tourist punched, hit with bottle in unprovoked assault on subway
NYC subway station gets makeover for Meryl Streep's birthday
Houston hospital says 153 employees who refused COVID vaccine have resigned or been fired
Adams picture found at polling site, other minor issues on Primary Day
Corbin Bleu announced as 2021 Jimmy Awards host
More TOP STORIES News