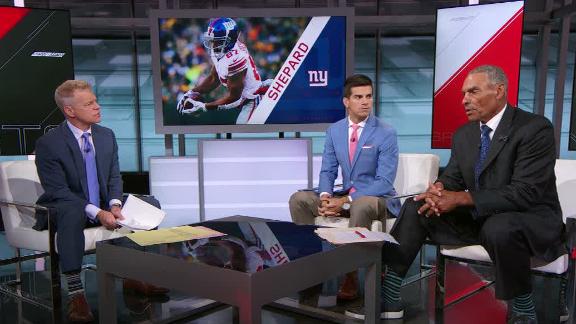 "At this point, it just looks like he has a sprained ankle, a basketball-type ankle" injury, McAdoo said. "We'll see how he responds to treatment."

Shepard is coming off a promising rookie season in which he ranked second among rookie receivers with 65 catches for 683 yards and eight touchdowns.

He needed to be supported by trainers after suffering the injury early in practice. They eventually took him inside on a cart to undergo tests, and Shepard appeared to be emotional and in significant pain as he was leaving the field.

According to ESPN Stats & Information, Shepard was on the field for 95 percent of the Giants' offensive snaps last season (964 of 1,019), which was the third-most by an NFL rookie receiver in the past decade.