Giants' Brandon Marshall: 'I don't want to go out like that' 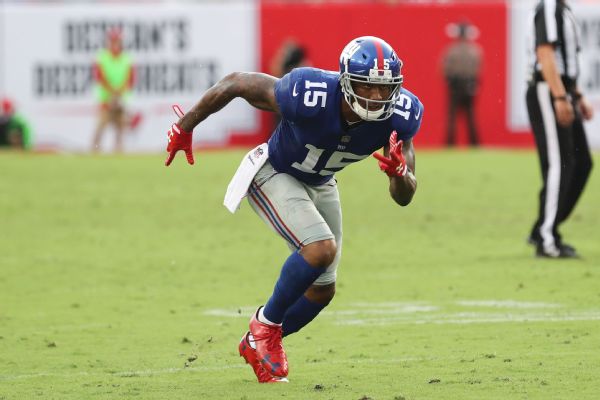 New York Giants wide receiver Brandon Marshallsays he has no plans to retire despite an ankle injury that cost him the rest of the 2017 season.

"I'm a competitor, and I don't want to go out like that," Marshall told ESPN this weekend. "I'm definitely not going out like that."

Marshall was injured in last Sunday's loss to the Los Angeles Chargers when he came down awkwardly out of bounds while trying to make a catch. He was taken to the locker room on a cart with his left cleat off.

He will be 34 years old next season and has a potential TV career in front of him, but Marshall says he is not thinking along those lines just yet. He wants to play a 13th NFL season and is focusing on getting healthy.

Marshall signed a two-year contract with the Giants in the offseason. He was one of three Giants wide receivers -- along with Odell Beckham Jr. and Dwayne Harris -- to suffer season-ending injuries last week.