Giants' Brandon Marshall to NFL brass: 'Our relationship could be so much better'

ESPN
By Kevin Seifert
PHOENIX -- New York Giantswide receiver Brandon Marshall addressed NFL owners, coaches and executives Monday morning, telling the group on behalf of players: "Our relationship could be so much better."

Marshall was a guest at the league's annual meeting here at the request of commissioner Roger Goodell, with whom he has formed a close bond in recent years. Marshall said he encouraged owners to continue the "My Cause My Cleats" program that allowed players to wear custom shoes for one game to promote their favorite charity. San Francisco 49ers owner Jed York tweeted that it was "easily the best speech I've heard at an NFL meeting."

Marshall said he also pitched the idea of additional programs that would help humanize players.

"[My Cause My Cleats] gave the world and our fans in the NFL the opportunity to see that we are people and we're not just gladiators," Marshall told reporters afterward. "And it humanized us. It not only gave people outside of the game the opportunity to see who we really are but also the owners and executives and even players.

Marshall also weighed in on several other topics facing the league, including the Oakland Raiders' pending move to Las Vegas and his new teammate, Giants receiver Odell Beckham Jr.

On Las Vegas: "It's business, right? It's the entertainment business. They may not like me saying this, but Las Vegas is a beautiful place.

"A lot of times when you think about Las Vegas, you just think about the strip, right? But I just want to make sure that the players are protected. I think that it can be a tough place for a kid coming out of college, so that locker room has to be strong, because there is so much there. There is access to so much. It's a strip, but it's really big, and it can be overwhelming at times for young, immature players."

On Beckham: "I've been on both ends of the spectrum. I've been a problem, and I also have a solution. I have a wealth of experience. I just think organically and naturally, whenever he needs -- not only him, but any guy in the wide receiver room -- whenever they need to pull from that, they'll do that in a natural, organic way. We got to remember that Odell is what, 23, 24 years old. We all have our own journey. He's the ultimate competitor. I want him to stay exactly where he's at. It's just easy for us as wide receivers and football players to cross that line. But he'll grow." 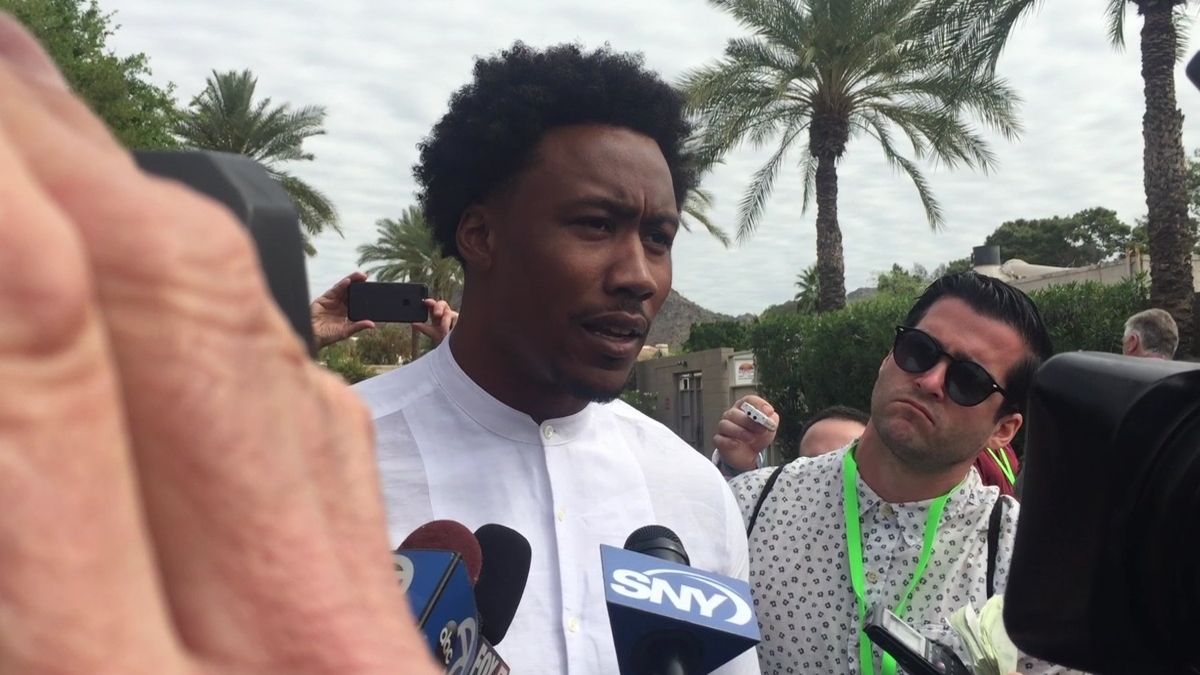