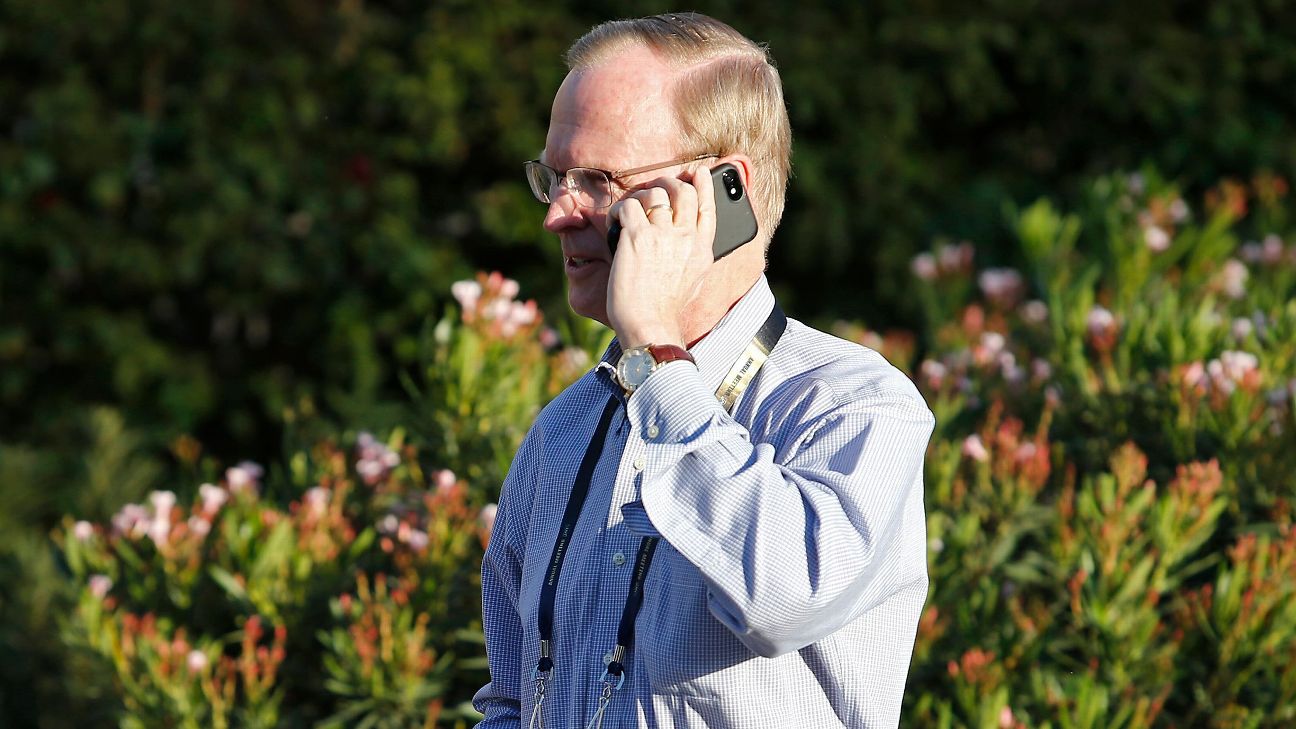 PHOENIX -- New York Giants co-owners John Mara and Steve Tisch consider the trade of Odell Beckham Jr. to the Cleveland Browns among the toughest moves they have ever made. Mara even insisted that he gave a "reluctant approval" after thinking about it on a long ride home from work.

The Giants traded Beckham, who they have said on multiple occasions is a transcendent talent, for a first-round pick, third-round pick and safety Jabrill Peppers. The move came seven months after Beckham received a five-year deal worth up to $98.5 million. It resulted in the team paying $21.5 million for 12 games in 2018 and a $16 million dead-money cap hit this year.

Mara and Tisch conceded that those numbers made it even more difficult to pull the trigger.

"I will tell you it was a reluctant approval on my part because I happen to like Odell [Beckham Jr.] very much, and I recognize the unique talent that he has," Mara said Sunday. "It's not easy to trade that player to another team."

Giants ownership talked about the sometimes unnecessary drama that came with the star wide receiver. But they considered the extra issues that came with Beckham "manageable," and both thought they had a good relationship with him. It was all factored into the equation when making the blockbuster move.

Still, Mara insisted that it was "not an easy decision" on a trade that was driven by general manager Dave Gettleman and coach Pat Shurmur.

Tisch added: "Not an easy decision at all."

Mara mentioned that the toughest call he had to make was to two of his grandsons, as he had to explain that he was trading their favorite player. They sobbed uncontrollably, and Mara half-joked that only one of them is speaking to him several weeks later.

They now will have to watch Beckham, who has four 1,000-yard receiving seasons in five years, star for another franchise.

But Mara talked about not letting sentimentality get in the way of football decisions. That's why he took offense to the notion that Eli Manning is still the team's quarterback in part because of sentimentality.

"I've read that, and I have to tell you that really gets under my skin because that is absolutely nonsense," Mara said. "Do I feel a certain amount of sentimentality toward Eli? Of course I do. Would I ever let that get in the way of making a football decision? Absolutely not, and I can't believe some of you write that.

"I would never tell a coach or general manager we've got to keep this guy because we love him and because he's done so much for the franchise. Make a football decision based on whether he can play or not."

Manning, 38, is in the final year of his contract in 2019. Mara and Tisch are going to wait to see how it all plays out and are intent on taking it one year at a time with the legendary Giants quarterback at this stage of his career. But they think Manning can still be successful.

"Yes, I do," Mara said. "If we surround him with the right people."

Mara seems confounded by the fact that the Giants' keeping Manning, trading Beckham and signing the likes of wide receiver Golden Tate and Antoine Bethea (two veterans over 30 years old) have people questioning their plan.

"I love that question. What is the plan? The plan is to build the team and make it better. ... I don't know why that is such an issue with you guys or with fans, to be honest with you," Mara said. "That is the plan."

The Giants know they still have holes. They have 12 picks in the upcoming draft. They're straddling the line while looking to compete now and build for the future.

"You're trying to do both," Mara said. "You're trying to build the team and still remain as competitive as possible. We obviously have a lot of holes to fill. We think we have the draft capital to at least start to address that."

Tisch said that in six weeks, after the draft is complete, some of those pieces of the plan will be more apparent. Maybe that means the Giants will draft a quarterback to be Manning's successor at No. 6 overall.

"I would love to come out of this draft with a quarterback," Mara said before saying he isn't going to insist on it if the quarterbacks in this year's draft have bottom-of-the-first-round grades. 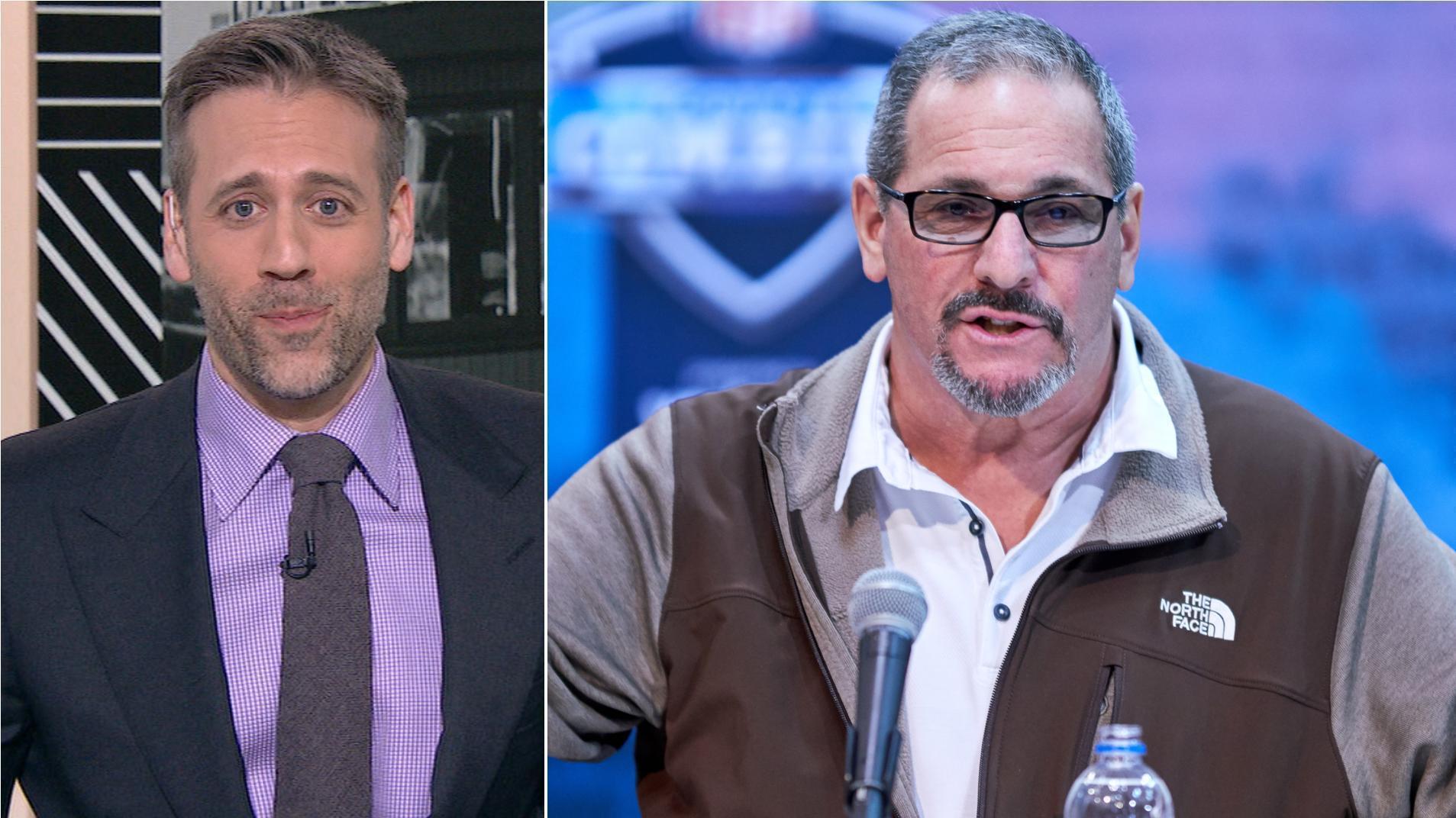