Giants' Eli Manning, uncertain of future, turns back clock for a half 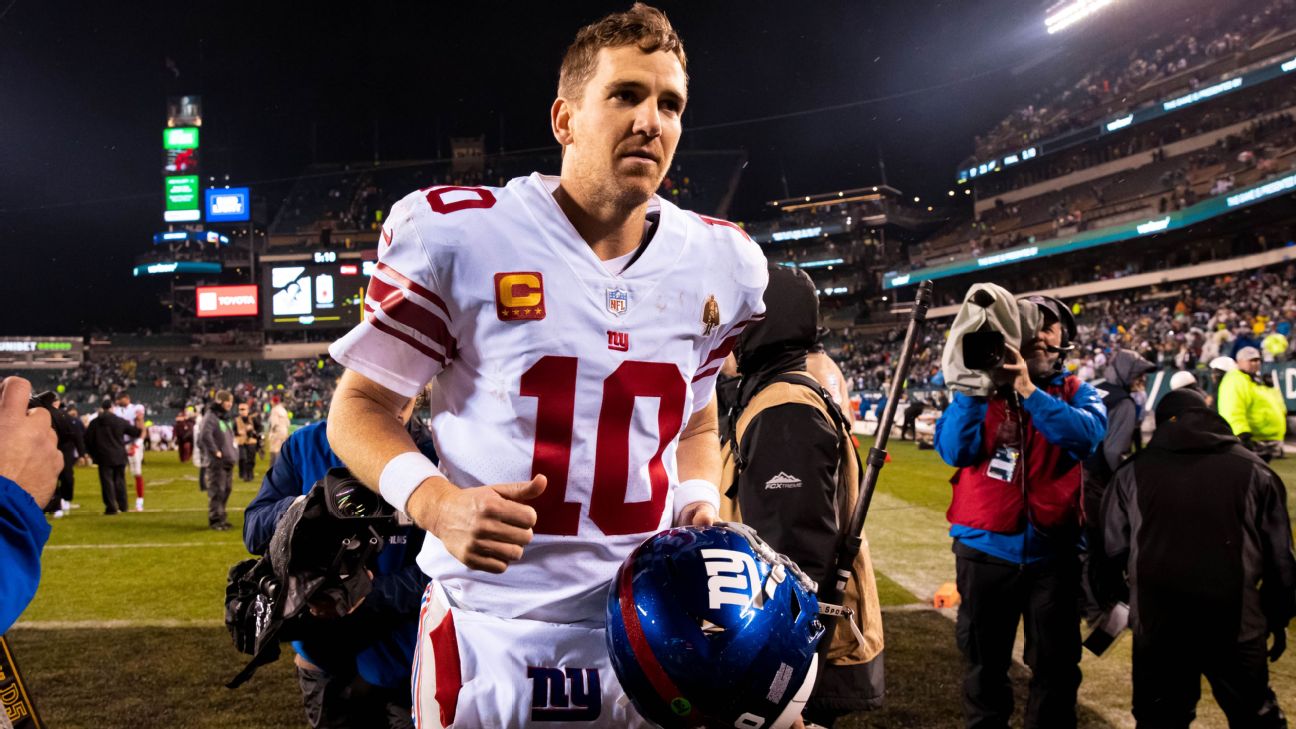 PHILADELPHIA -- For a half, Eli Manning looked to be heading to another storybook ending. Then reality set in for the New York Giants and their two-time Super Bowl-winning quarterback who was back as the starter for the first time since Week 2.

Manning was starting in place of injured rookie Daniel Jones on Monday night. He threw a pair of touchdown passes in the first half while the Giants built a 14-point halftime lead, before stalling badly in the second half of a 23-17 overtime loss to the Philadelphia Eagles.

It was a disappointing ending to what could be one of Manning's final starts with the Giants. He is a free agent at the end of the season, and Jones could return in the coming weeks from a high ankle sprain.

Manning's wife, Abby, even broke her own rule of not attending games in Philadelphia due to the rowdy crowd for this one. Manning explained afterward why it was important for her and several others close to the quarterback (including his brother Peyton and agent Tom Condon) to be in attendance.

"Hadn't played in a few months," he said. "I don't know if I'm gonna play again. So it was pretty obvious why it was important."

His wife was among a group that waited for Manning outside the Giants locker room following his postgame news conference.

Manning had a chance late in regulation to lead his 38th career game-winning drive. And then he didn't even get the ball in overtime. The Giants (2-11) lost their ninth straight game, tying a franchise record, and Manning saw his career record in the regular season dip below .500 to 116-117.

He claimed afterward to be unaware of his record. Manning said he would make his decision about next season and his future "next year." The Giants' season ends Dec. 29 with a rematch against the Eagles.

For a while, it appeared his return to the starting lineup would end differently. Manning threw for 179 yards and a pair of touchdowns in the first half. Rookie wide receiverDarius Slayton had touchdown grabs of 35 and 55 yards in his first career game with the veteran quarterback.

"I don't think it took long for anyone to get into a rhythm at all. It's No. 10. No. 10 was going to go out there and do what he does best," New York running back Saquon Barkleysaid. "He's a great player, and he played lights-out for us [on Monday]. But as a team overall, we've got to find a way to finish and win the game."

The Giants managed just 30 total yards in the second half and never touched the ball in overtime. Manning finished 15-of-30 passing with 203 yards, two touchdowns and no interceptions.

"I thought he battled," Giants coach Pat Shurmur said. "He did a lot of good things."

Shurmur said the Giants are going to play it week to week with Jones. The coach wouldn't commit to Manning being the starter at home one more time on Sunday against the Miami Dolphins, even if it seems likely. Jones didn't practice last week.

Manning is now 8-27 in his past 35 games as the Giants' starter, dating back to a playoff loss in January 2017 to the Green Bay Packers. He hasn't won a game in a full calendar year.

"He made some terrific throws," said Giants veteran receiver Golden Tate, who also played his first career game with Manning after serving a four-game suspension for violating the league's policy on performance-enhancing substances. "His knowledge of the game is one of the best out there. But at the same time, he can't do it by himself. We all have to do a little bit better.

"There were times he was pressured. There was times when we were slow out of our routes or didn't get open. We all just had to help him."

But these are the 2019 Giants. And this is Manning finishing the back nine of his illustrious career with the organization.

"It's tough. It's frustrating because we work hard and practice hard," Manning said. "We've been in a bunch of close games. For whatever reason, we can't put the game away. [In Monday's game] I think that's on us as an offense. We had a lot of opportunities to extend the lead and put it out of reach. We just have to have some longer drives, even if we're getting field goals, to give our defense a break. We kept them on the field too long." 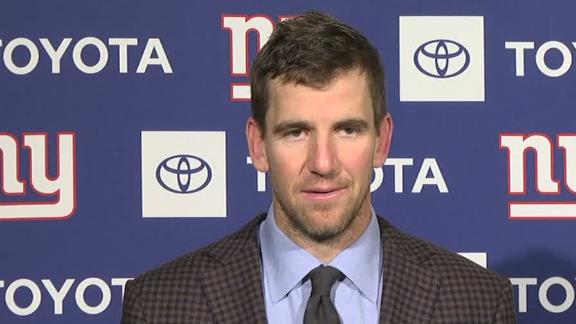 Eli on return: Always good to be back on the field
Eli Manning shares what it was like to get back on the field for his first start since Week 2 of the 2019 season.
Report a correction or typo
Related topics:
sportsespnnewsnfleli manningnew york giants
Copyright © 2021 ESPN Internet Ventures. All rights reserved.
More Videos
From CNN Newsource affiliates
TOP STORIES