"I'd probably do the same," Beckham said.

The emotional Beckham has proven capable of being thrown off track. It happened on Monday when he overstepped the boundary and earned a costly taunting penalty against cornerback Xavier Rhodes in Monday night's 24-10 loss to the Minnesota Vikings.

Offensive coordinator Mike Sullivan questioned the approach teams are employing to throw Beckham off his game. He didn't think it was the proper competitive spirit.

"In terms of defenders, you really have to ask yourself, why are they trying to get in his head, why are they trying to rattle him?" Sullivan said. "If a guy is very confident -- I'm talking about a defender -- if he's confident, if he has complete belief in his own abilities and he's a true competitor, why would you want to tip the scales? Doesn't he want Odell to be at his best?

Beckham at his best is a scary proposition. He scored 25 touchdown in his first 26 career games. He set the NFL receiving record in his first two professional seasons.

Teams are trying to reduce his effectiveness, even if it means getting into his head.

"The only reason the guy tries to get him off his game is they're not confident enough in their abilities," Sullivan said. "They're afraid to match up against him 1-on-1, mano-y-mano if you will. So if that is going to be the approach ... say, 'You know what, obviously the guy is not courageous enough, brave enough, man enough or whatever you want to say, to go ahead and play it straight up. If you need those type of tricks, OK, then so be it."

Rhodes helped limit Beckham to a career-low three receptions for 23 yards on Monday night. The Giants star receiver also had a drop, a penalty and was bumped off his route on a ball that Rhodes intercepted.

Rhodes and Beckham tangled and/or exchanged words on multiple occasions Monday night. It's something Beckham is getting accustomed to. He's trying to avoid a similar result this week on Sunday night against the Green Bay Packers.

"I think it's gotten to a point where I just want to compete," Beckham said. "None of the extra stuff. I just want to compete. That never seems to be the case. You just keep smiling. It'll be straight. It'll all work itself out. We'll start winning some games and help pick up this offense.

"The thing that kills me is that I remember when I was a kid. I remember when I looked up to someone and watched them, emulated them," he said. "What I'm doing is not something I would want a 6-year-old boy to be out there and learn from. Honestly, as funny as it sounds, that's really all I care about.

"Just being able to have that ability to be a blessing to someone else. To be an inspiration. That's a lot of power. That's very powerful to me. It feeds my soul. I would never, again, want to set a bad example for any kids or anything like that. I'm just doing the best to be me."

Beckham hasn't reached the end zone yet this season and has been involved in incidents each of the past two weeks.

"He's a young man who is very emotional but he's basically a very good young man who does a lot of good things off the field. But he plays the game with a lot of passion and sometimes he goes a little too far,'' Giants co-owner John Mara told The Associated Press on Thursday during a conference on faith and sport at the Vatican.

"But that's true with a lot of players,'' Mara added. "Unfortunately for him it seems like everybody's focused on him right now.''

Beckham said repeatedly Thursday he can only control what he can control. He's thinking about the Packers. 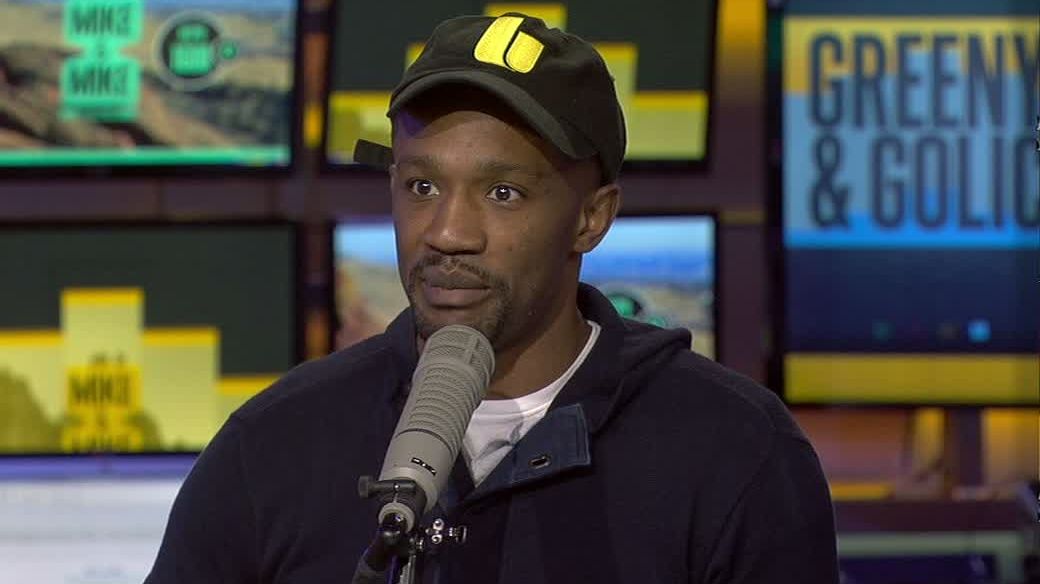 Foxworth thinks distractions in NFL are overrated
Domonique Foxworth says the idea that Odell Beckham Jr. is distracting his team from playing football is absurd and believes the team now has the opportunity to rally around him and come together as one to succeed.