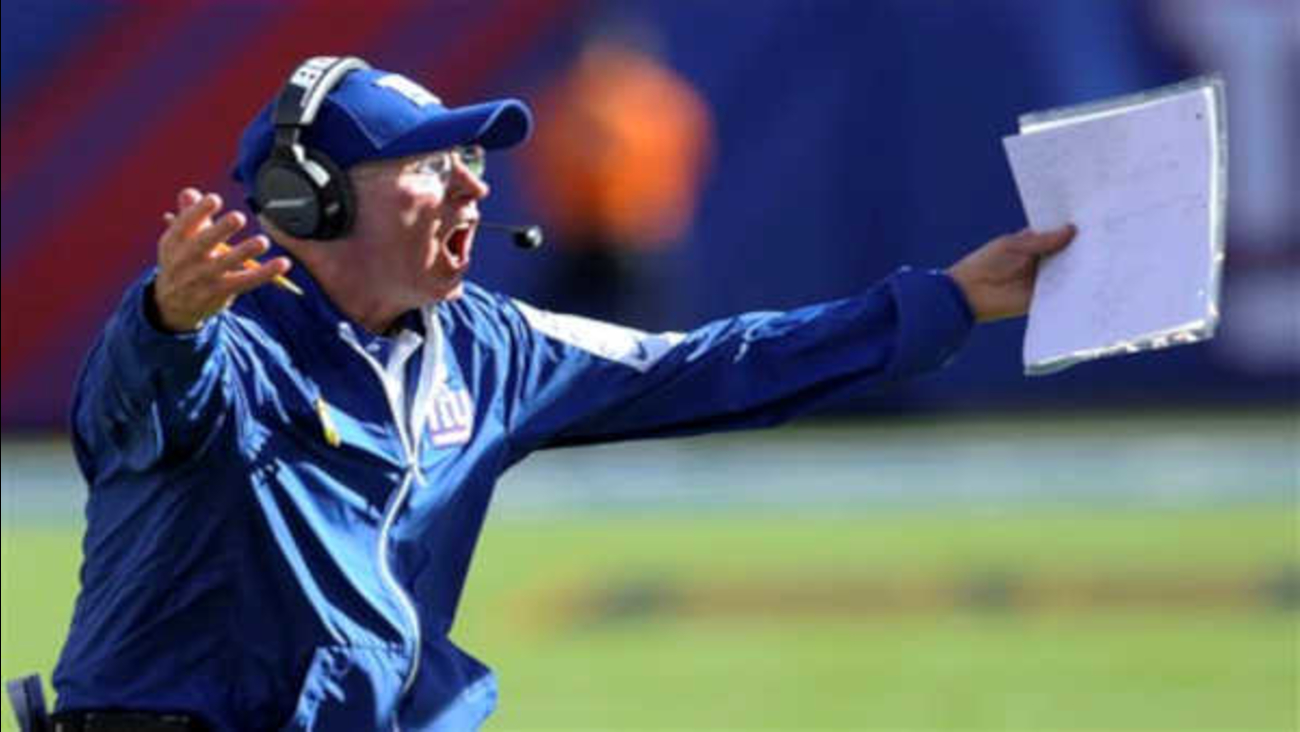 AP
By BARRY WILNER
EAST RUTHERFORD -- Even when he is unstoppable, it's not good enough for Julio Jones.

Jones tied the club record with 13 receptions, good for 135 yards. His biggest catch was down the left sideline behind Prince Amukamara in the final 90 seconds.

That's exactly what Ryan expected his favorite target to say.

"He's constantly trying to be a better teammate, be a better player," Ryan said. "Sometimes you say you're doing a great job as is. That's what makes him the special player that he is."

The Giants (0-2), whose bad decisions and poor execution cost them last week at Dallas, blew a 20-10 fourth-quarter lead. Leonard Hankerson caught a 10-yard TD pass to bring Atlanta within three. Then Ryan guided the Falcons 70 yards to the winning score.

Eli Manning misfired to two open receivers on the Giants' final drive in another ugly finish for New York.

"We talk every week about finishing. That wasn't a finish for me," coach Tom Coughlin said. "We talk about don't keep score, I'll keep score, and let you know when the game's over. That's not what happened."

In the first half, Beckham turned a short pass into a 67-yard touchdown, one of New York's six plays of 19 yards or more. But another late meltdown erased the lead.

"The competitive nature of the finish of the game has got to improve," Coughlin added. "It's our own doing. There's nobody to blame but us."

The Falcons needed Jones' big day - he tied Tony Gonzalez's club mark for receptions- because they lost rookie starting running back Tevin Coleman (ribs) in the first half. Ryan turned to the air and threw for 363 yards and one score.

Despite frequent double-team coverage, Beckham, the 2014 Offensive Rookie of the Year, set an NFL mark with 1,495 yards in the first 14 games of a career. He had seven receptions for 146 yards Sunday.

On his TD, Beckham sped the final 40 yards alone after bursting through a small hole between two defenders who could only flail away.

Shane Vereen made another big play thanks to one of many missed tackles by the sloppy Falcons' defense. On a short throw from Manning, he got past linebacker Paul Worrilow and sped to a 37-yard gain. Three players later, New York led 20-10 as Larry Donnell made a sliding catch with cornerback Robert Alford on his back.

New York appeared headed for another score after yet another long gain, a 35-yard run by Andre Williams. But Manning was sacked by Kroy Biermann and fumbled at the Atlanta 9. Ryan immediately hit an uncovered tight end Jacob Tamme for 41 yards.

Tamme later was guilty of holding to negate a touchdown, but Ryan's perfect throw to leaping Hankerson made it 20-17.

"We work on that every day," Jones said of the big fourth quarter. "It was nothing new to us. Nobody got tight. We just went out there and made plays."

NOTES: Coleman got Atlanta's first touchdown on a 1-yard run, his first NFL TD. ... Giants CB Dominique Rodgers-Cromartie is in the NFL's concussion protocol program after a second-half injury. ... Josh Brown had field goals of 38 and 44 yards for New York, while Matt Bryant made a 42-yarder for Atlanta. ... Manning finished with 292 yards passing. ... The Giants honored their 1990 NFL championship team at halftime, with former coach Bill Parcells carrying the Lombardi Trophy onto the field.