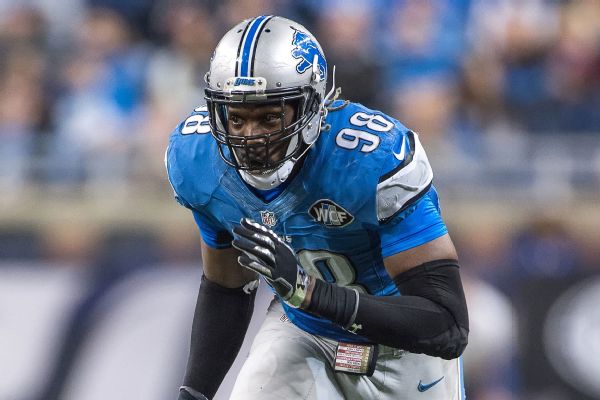 The New York Giants are signing a pair of veterans in defensive end Devin Taylor and safety Duke Ihenacho, according to sources.

The deals are expected to be finalized on Thursday. Taylor's is a one-year deal.

Taylor and Ihenacho provide the Giants needed depth on defense.

Both were starters last season:

Taylor, 27, started 16 games for the Detroit Lions. He had 28 tackles and 4.5 sacks in his first year as a starter. He served as a reserve defensive end for most of his four years with the Lions.

Ihenacho, 27, started 10 games for theWashington Redskins. He had 66 tackles and two passes defended. He had missed most of the previous two seasons with injuries.

The Giants have players returning from injuries at both positions.

Defensive end Jason Pierre-Paul underwent four procedures on a sports hernia and abdominal injury last year. It cost him the final four games of the regular season and the playoff loss to the Green Bay Packers.

At safety, the Giants were without Darian Thompson (foot), Nat Berhe (concussion) and Mykkele Thompson (knee) by the end of last season.

Thompson was projected to be the starter but missed most of his rookie year. The third-round pick out of Boise State is believed to be coming along well, having participated in recent days in organized team activities.
Related topics:
sportsespndevin taylordealnflsafetycontractdefensive endduke ihenachonew york giants
Copyright © 2021 ESPN Internet Ventures. All rights reserved.
More Videos
From CNN Newsource affiliates
TOP STORIES