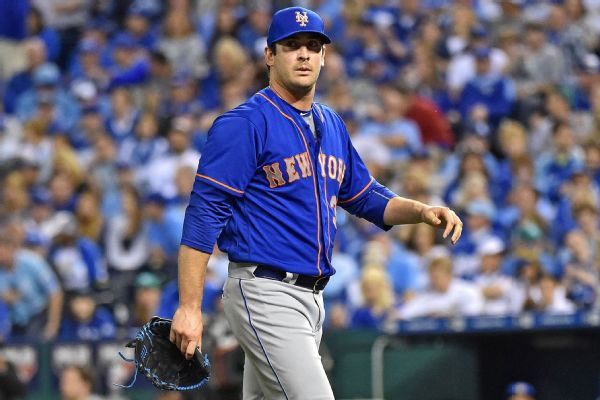 New York Mets general manager Sandy Alderson said Tuesday at the winter meetings that he is inclined to keep Matt Harvey rather than trade the right-hander.

The Mets reportedly had talked to at least two teams about trading the former ace for a reliever.

Alderson said Tuesday that new Mets manager Mickey Callaway and pitching coach Dave Eiland told him that they want Harvey on the roster in 2018.

"The most important thing I am weighing are the opinions of Mickey Callaway and Dave Eiland, and they don't want to lose him," Alderson said. "Everything else today is moot."

Alderson wouldn't promise, however, that Harvey wouldn't be traded, telling reporters, "No one is untouchable."

Harvey, who was suspended three games last season after failing to show up for a game in May, is eligible for arbitration this winter and then free agency in the fall of 2018.