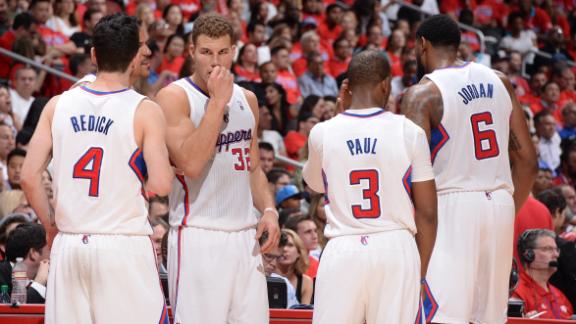 The Los Angeles Clippers are not yet for sale, but two former NBA All-Stars are among the various parties assembling ownership groups to potentially buy the franchise, according to sources with knowledge of the situation.

Sources told ESPN.com on Friday that Grant Hill and Yao Ming are working separately to line up investors to lodge bids for the Clippers when the team is ultimately made available.

Donald Sterling has agreed to allow his wife, Shelly, to negotiate a sale of the Clippers, sources with knowledge of the situation told ESPN.com on Friday.

Hill is just completing his first year in retirement after a 19-season career that ended with the Clippers after seven All-Star berths. Sources say Hill has made it known within league circles that he is in the process of putting a consortium together.

Sources say that Yao, meanwhile, also plans to pursue the Clippers hard with a group of Chinese investors. The former Houston Rockets All-Star center owns the Shanghai Sharks in his native country and has maintained close ties to the NBA through the league's various initiatives in Asia.

Yao was seriously interested in purchasing the Bucks, sources say, but dropped out of the bidding when outgoing Milwaukee owner Herb Kohl made keeping the team in that city mandatory for any new owner. The Bucks were ultimately sold to Wesley Edens and Marc Lasry for a purchase price of $550 million.

The number of bidders for the Clippers is expected to stray well into double digits, assuming the league can force the sale of the team, as NBA commissioner Adam Silver continues to believe.

Other notables said to have interest in purchasing the Clippers include: Larry Ellison, who could partner with David Geffen and Oprah Winfrey; former Microsoft CEO Steve Ballmer; Magic Johnson, along with executives at Guggenheim Partners, who teamed up to buy the Dodgers; and billionaire Antony Ressler.