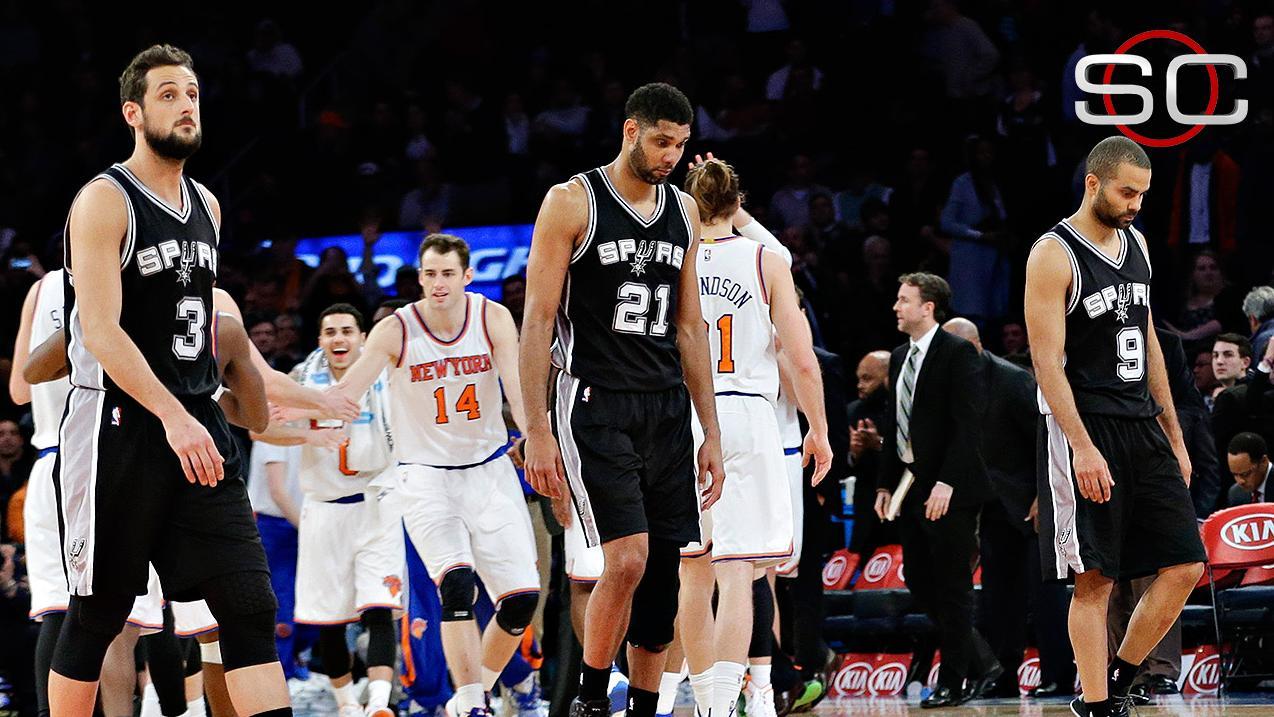 The Spurs coach went out of his way to praise the Knicks and coach Derek Fisher for their 104-100 overtime upset at Madison Square Garden before ripping into his own team.

"We didn't respect the game, we didn't respect our opponent," said Popovich, whose Spurs led by as much as 13 in the third quarter. "It was a pathetic performance and I hope that every player is embarrassed. Not because 'we are supposed to win the game' but it is about how you play the game."

Popovich had good reason to be fuming. The rebuilding Knicks, who improved to 14-53, became the first team with a winning percentage below .200 -- at the 60-game mark or later -- to beat a defending NBA champion according to ESPN Stats and Info.

"They were really good," Popovich said. "I take my hat off to him, a really difficult year and watching Derek conduct himself the way he has all year long is a really impressive thing. He and the coaches deserve a lot of credit and the players were fantastic tonight. They moved the ball better than we did, they played better team basketball."

The Knicks played inspired and delivered their best performance of the season as Lou Amundson had 12 points and 17 rebounds against Tim Duncan and the Spurs (41-25). Amundson also scored on a basket inside with 5.5 seconds left in regulation to send the game to overtime.

Langston Galloway led all scorers with 22 points, Alexey Shved scored 4 of his 21 points in overtime and Andrea Bargnani added 16 points and 10 rebounds for the Knicks.

"I do think it symbolizes that we are growing, that we are moving in a positive direction," Fisher said. "I don't know if we would have been capable of this several weeks ago, a few months ago."

Tony Parker had 21 points, six rebounds and six assists for the Spurs, who played without Manu Ginobili (ankle).

"I thought their movement and unselfishness was great," Popovich said of the Knicks. "Their juice and competitiveness was better than ours. They respected the game. They got rewarded for it. So I am happy for them. It will help them get through the rest of the year.

"Not much else to say," Popovich added. "It's been a joy, have a good night." 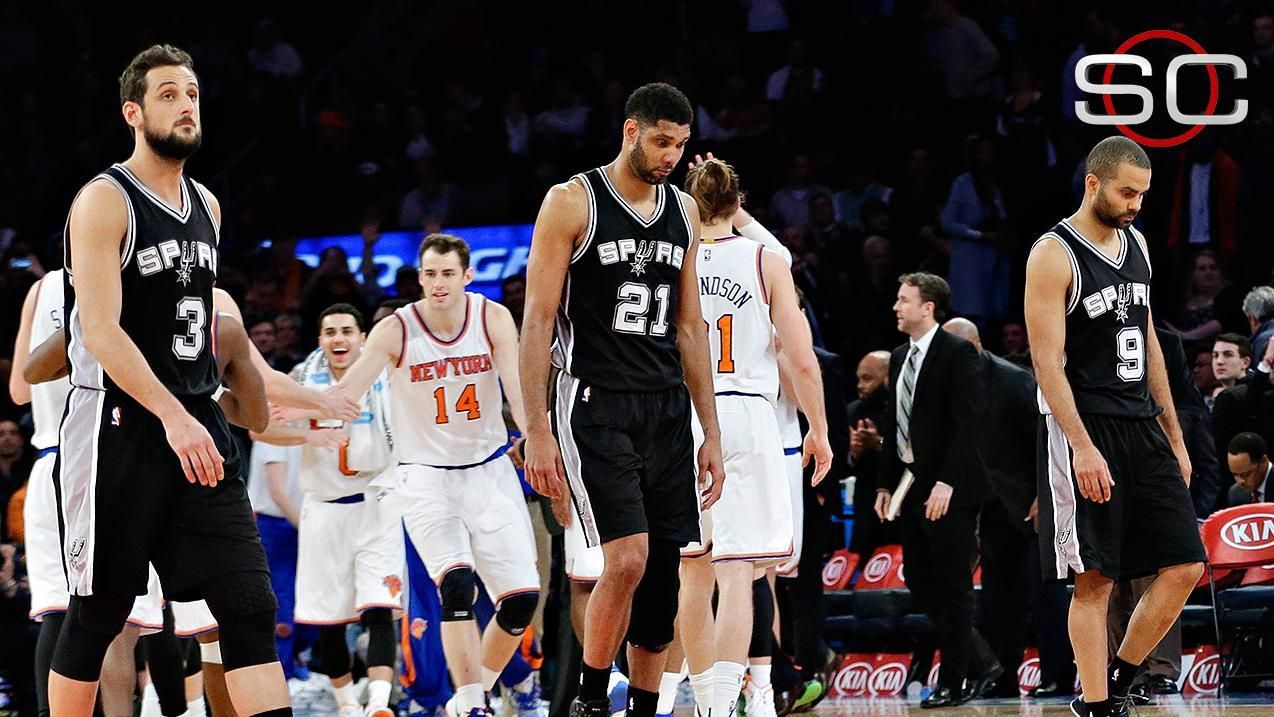