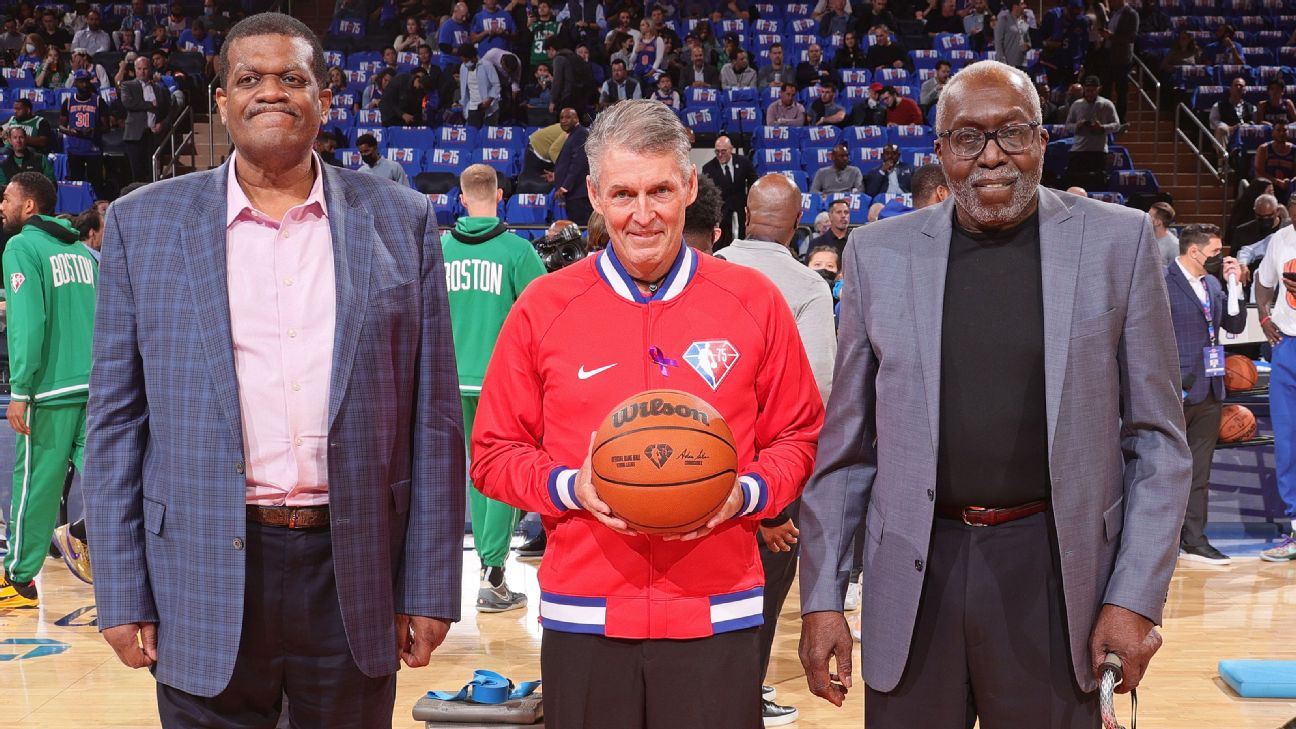 The New York Knicks remain among the premiere brands across sports.

Since playing against the Toronto Huskies on Nov. 1, 1946, New York has become home to championship banners (1973, 1970), nine retired jersey numbers and several crucial moments across NBA history in the nearly 75 years since the league's first-ever game.


The Knicks enter this season coming off their first playoff appearance since 2012-13 and made sure to tip it off in a big way. Two legends in the franchise's rich history, Bernard King and Earl 'The Pearl' Monroe, stopped by Madison Square Garden to handle the pregame tip-off ahead of New York hosting the Boston Celtics.

Both players enjoyed decorated stints with the Knicks before earning their respective places in the Naismith Basketball Hall of Fame (King in 2013, Monroe in 1990). Monroe's 9,679 points as a Knick came over nine total seasons with New York and remain eighth-most in franchise history. He was a starter on the Knicks' most recent championship team.

In short, King's and Monroe's presence added to the good vibes in the Mecca ahead of the Knicks first game of the NBA's 75th season.

Longtime Knicks fan Spike Lee is never far behind the New York action. The award-winning filmmaker made sure to properly dress for the occasion as the Knicks' opening night unfolded.


As the game's tip-off drew near, Julius Randle, who earned Most Improved Player honors last season after posting career-highs across the board, made sure to welcome Knick fans back to The Garden as the squad eyes another playoff run.

Though offseason acquisition Kemba Walker enters his first season as a Knick, it's quite clear the Bronx native already feels in his element wearing the hometown colors. The former University of Connecticut star created plenty of memories during the Big East Tournament held annually at Madison Square Garden.

It certainly won't take long getting readjusted to hearing his mom and New York fans shouting his name from the stands. 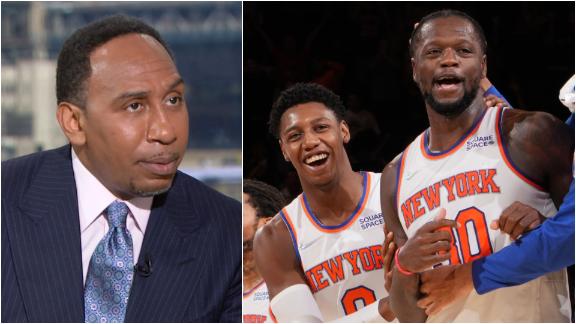 Stephen A.'s prediction for the Knicks
Stephen A. Smith has the Knicks advancing beyond the first round of the NBA playoffs. 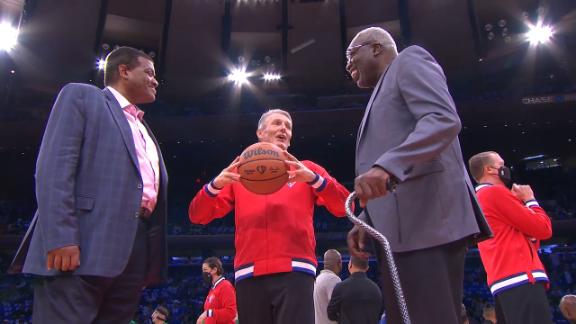