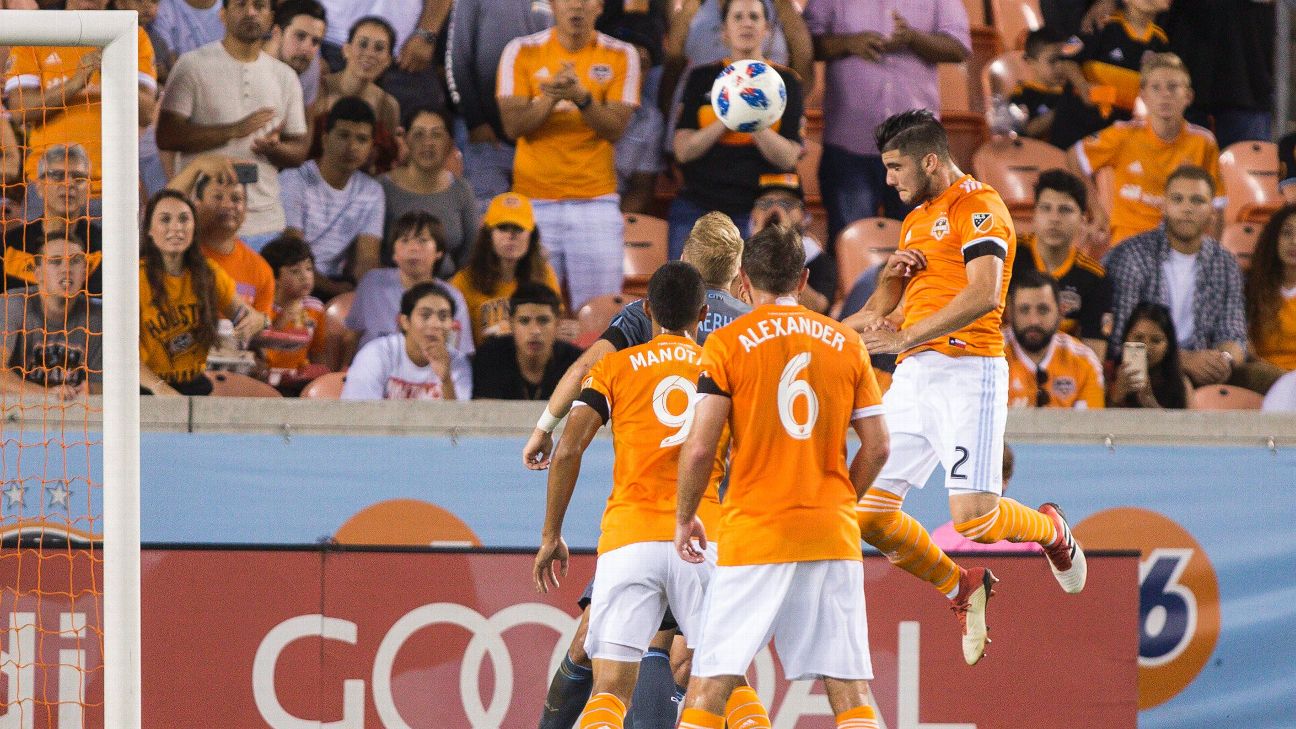 Houston won for the third time in four games. NYC is winless in its last five road games with three losses.

Houston tied it at 1-1 in the 21st minute when Alejandro Fuenmayor headed home a free kick from just outside the penalty box. Tomas Martinez made it 2-1 in the 69th after NYC's defensive turnover. Oscar Boniek Garcia intercepted a bad pass and touched it to Martinez at the penalty spot for an easy finish into an empty net.

Elis scored on the counter-attack in the 80th. His header was saved but it came right back to him for a left-footed finish. He raced to the sideline to put on a Black Panther mask.

David Villa opened the scoring in the sixth minute with his eighth goal of the season for NYC. Maximiliano Moralez got past the defense for a through ball at the end line, chipped a cross and a defensive header fell to the feet of Villa for a volley shot.