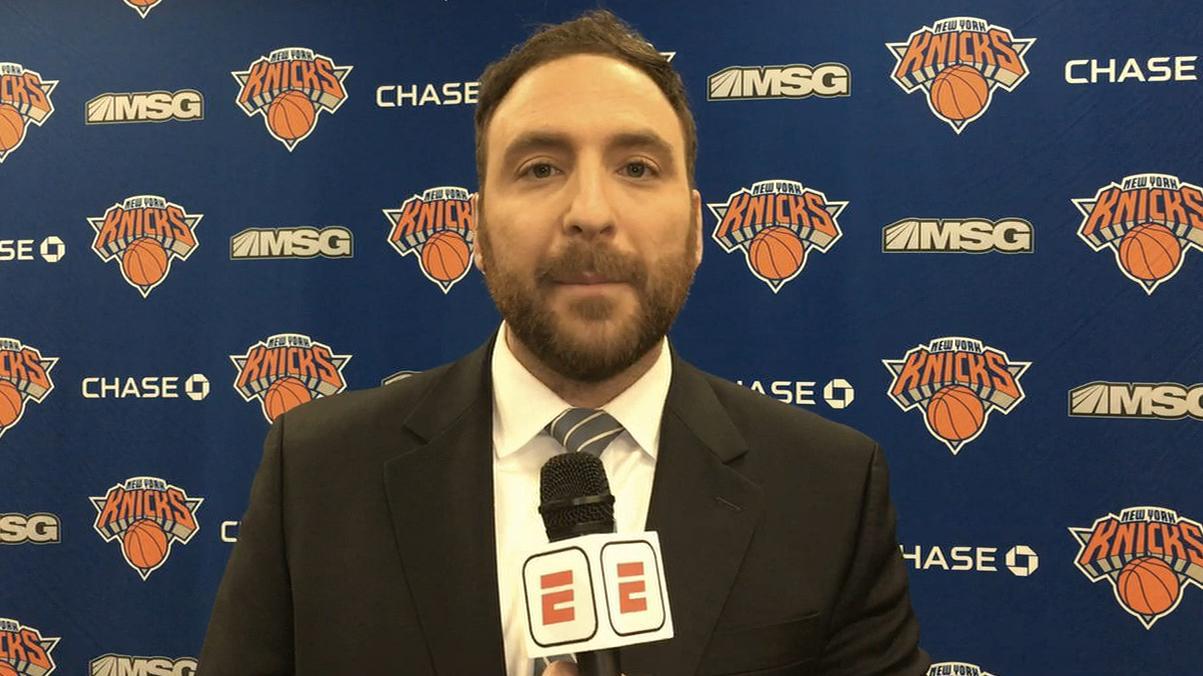 How big a blow did Kristaps Porzingis' future take when he suffered a torn ACL on Tuesday?

The injury, which occurred when Porzingis landed on Giannis Antetokounmpo's ankle after dunking, looked bad from the start. A little later, the New York Knicks delivered the devastating news: An MRI had confirmed a torn left ACL. His season is undoubtedly over.

The focus now turns to Porzingis' recovery from the injury and his long-term future. What can we expect, and how does it affect New York's rebuild?

In addition to missing the rest of this season, Porzingis will probably see his rehab extend well into the 2018-19 campaign. A pair of players who suffered ACL tears last February stand as good examples. Chicago Bulls guard Zach LaVine, who tore his ACL while playing for the Minnesota Timberwolves on Feb. 3, 2017, made his return to the court last month, on Jan. 13 -- about three weeks shy of a year later. Meanwhile, Milwaukee Bucks forward Jabari Parker just appeared in his first game of the season on Friday, 51 weeks after his ACL tear on Feb. 8.

Given Porzingis' importance to New York's future, the organization will want to be cautious with his development and ensure he's 100 percent before playing again, much the same as how the Bulls and Bucks handled their young players. So while shorter returns are certainly possible -- and used to be commonplace -- I wouldn't expect to see Porzingis back in NBA action until January 2019 at earliest.

That timetable has implications for how the Knicks handle this week's trade deadline and next offseason. Playing half a season without Porzingis would make it difficult for New York to compete for a playoff spot in 2018-19, which could shift the organization's focus to the following season -- two seasons from now.

Already, the Knicks looked likely to be able to create cap space for the summer of 2019, when Enes Kanter's contract will be up (Kanter has an $18.6 million player option for 2018-19 that he seems likely to exercise) and Lance Thomas' $7.6 million salary is non-guaranteed. By 2019, Joakim Noahalso will be entering the final season of his exorbitant contract, which should be easier to trade at that point. Alternatively, New York could waive Noah and stretch his remaining salary, reducing his cap hit from $19.3 million to $6.4 million.

One more way the Knicks could create 2019 cap space would be trading shooting guard Courtney Lee for a player with two years remaining on his contract. I've suggested previously that Lee is a good sell-high candidate because he's making a career-best 42 percent of his 3-pointers. If New York isn't going to win next season, that's all the more reason to trade Lee now, because he'll become less desirable to other teams as he ages and his salary increases.

The other question the Knicks face is what to do with Porzingis himself, since he's eligible for a contract extension this coming fall. Though neither LaVine nor Parker agreed to extensions with their teams while rehabbing, Porzingis' superior track record of success and role as the face of the franchise suggests he probably will get a max extension from New York.

Alas, Porzingis' injury will make it difficult and probably impossible for him to make an All-NBA team (or win Defensive Player of the Year) next season and qualify to start his extension at 30 percent of the salary cap rather than the usual 25 percent for players with his experience.

The bigger question than when Porzingis returns is how well he'll play. It's well-established that players perform worse the first season after ACL injuries, attributable in large part to rusty shooting immediately after returning. Less investigated is the long-term impact ACL tears have on how players develop.

After LaVine's injury, I took a look at the development of other 21-year-old players who had suffered ACL tears and found modest decline even two and three years beyond the injury as compared to their projected performance.

Because Porzingis is already 22, let's expand that sample to include players aged 21 through 23 at the time of their ACL tear. As before, I've compared their projected wins above replacement player (WARP) over the following three seasons based on my SCHOENE projections to what they actually accomplished. The results aren't encouraging.

Of the nine players projected to be better than replacement over the next three years, only one (Jamal Crawford) matched or beat his projection. Most fell substantially short, highlighted by Porzingis' former Knicks teammate Derrick Rose, whose decline after tearing his ACL makes him a worst-case scenario.

Looking at performance versus projections on a year-by-year basis shows once again that while the first season after the injury is worst, players continue to lag beyond that point.

Porzingis' famed outside shooting is a reason to be hopeful he can buck the trend. Most of the players who struggled after their ACL tears were poor outside shooters, such as Rose and Ricky Rubio. The better shooters on this list, most notably Crawford and stretch big Al Harrington, tended to perform much better than others. Both Crawford and Harrington enjoyed long, productive careers, as has Nene Hilario.

The other encouraging note for Porzingis' development is that he has room to fall short of his projections and remain a valuable player. Based on his performance over the past two-plus seasons, SCHOENE would project Porzingis for nearly 30 WARP over the next three seasons, more than anyone in the group of comparable players, save Rose.

Nonetheless, Porzingis' ACL tear figures to have an impact on how he plays the game and how effective he is. It's possible that a loss in lateral mobility -- and his opportunity to bulk up his skinny build during the rehab process -- could hasten Porzingis' move to primarily playing center rather than power forward. Let's hope that's the biggest impact we see from this injury. 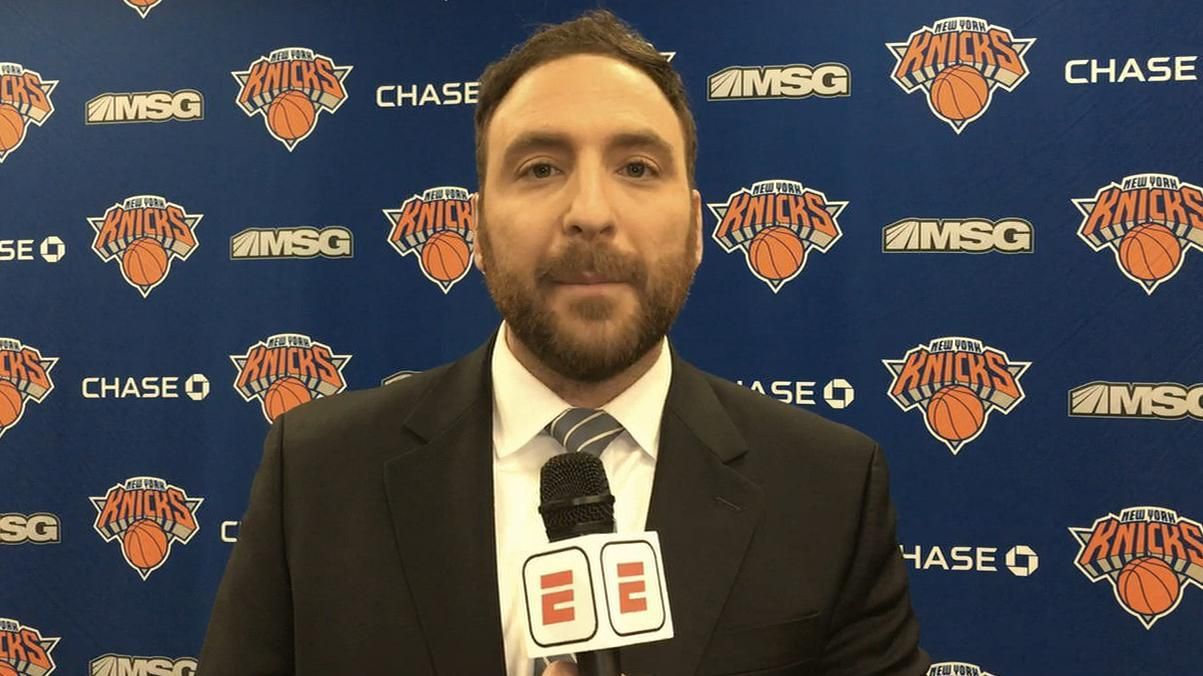 Knicks will look to prepare for the 2018 season
Ian Begley discusses all the possibilities that might unfold for the Knicks now that they have lost Kristaps Porzingis for a long period of time.