How much are you willing to spend on Mets playoff tickets? 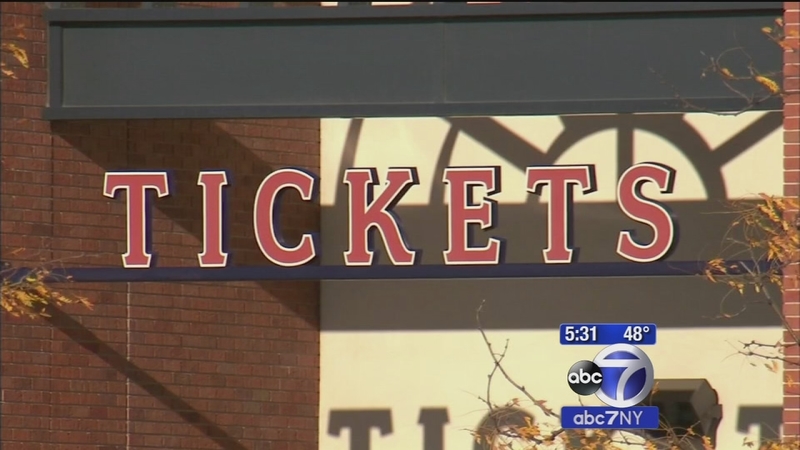 How much are you willing to spend on Mets playoff tickets?

FLUSHING (WABC) -- If you don't have season tickets and are subject to buying your playoff tickets on the internet or from scalpers, be prepared to pay. It's going to cost dearly - but truth is, fans Eyewitness News spoke with insist that it is worth every extra penny to come and root for their home team.

Mike Lisaght and his 14-year-old shortstop Jake got up at 4 a.m. Sunday, and hopped on a flight from North Carolina, just to catch a ball game. You can take the family out of Queens, but you can't take the Mets out of this family. They spent $800 for two seats not to mention the plane tickets and other costs.

Greg Schreiver spent almost $500 to give his 12-year-old grandson Ethan a lifelong memory.

Ethan says he thinks that $500 for two tickets is a lot.

"I think it should be lower, because we're sitting high up," he said.

With all the fever building over the Mets, one point sure to give fans some stress in their wallets: the soaring price of tickets. According to SeatGeek, though, it's all relative. Tickets are actually double the price in Chicago

"There's a fair amount of traffic from folks in Illinois. It's so much cheaper to see the games here in New York. It would be cheaper to fly here for the weekend and see a game at Citi Field than it would be at Wrigley Field," says ticket broker Will Flaharty.

"If you can afford to make it happen, why not see the Mets, I mean, that's what it's all about," says Mike Lisaght.

On Sunday, standing room tickets are averaging about $150 per ticket. Although one person Eyewitness News talked to said he paid $200 for his standing room only ticket

One tip that Eyewitness News got from SeatGeek - if you wait until the very last minute, sometimes you can snag a really great deal.