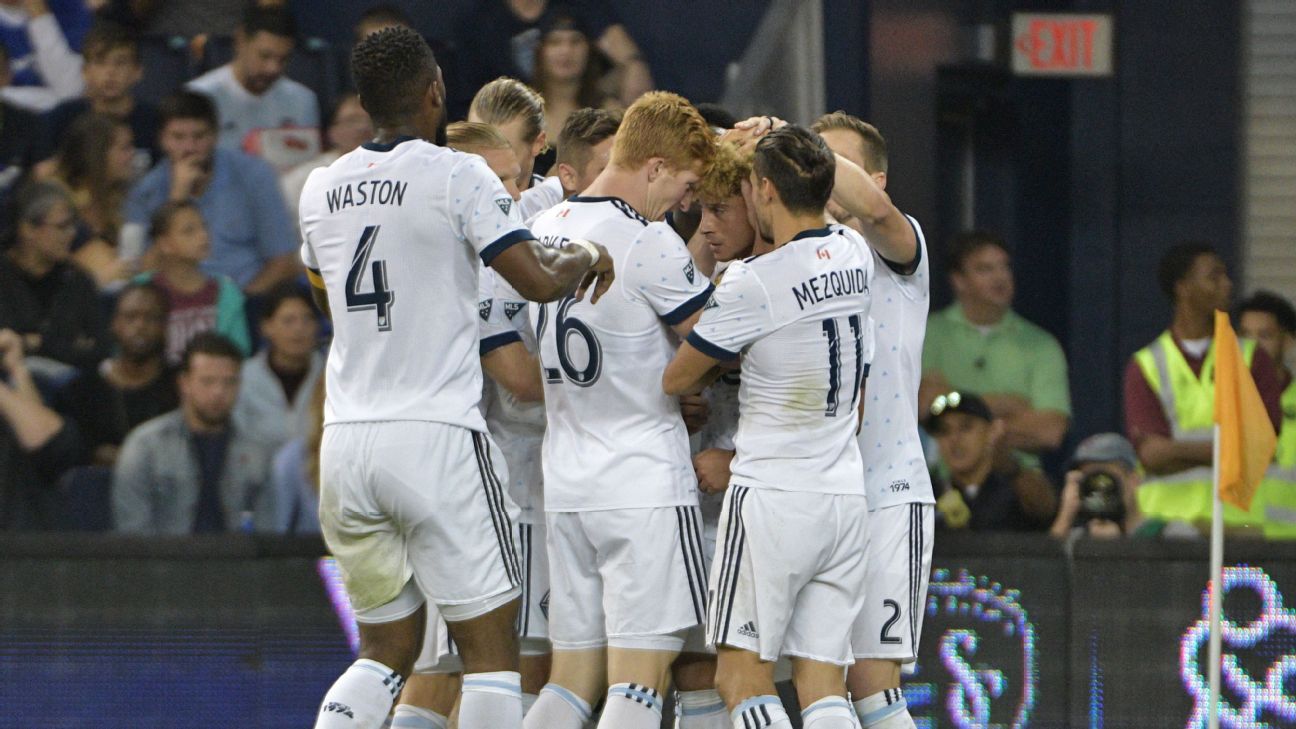 Hurtado, making only his fourth appearance of the Major League Soccer season, volleyed in Brek Shea's cross from the left flank to earn the Whitecaps a point. The 27-year-old Beaverton, Ore., native now has two goals despite his limited playing time.

Jesus Medina, in first-half stoppage time, and Valentin Castellanos, with his first career MLS goal in the 46th minute, replied for New York.

The Pigeons took a 2-1 lead in the opening minute of the second half as Castellanos tipped in a pass from Jo Inge Berget. Castellanos, 19, scored in his MLS debut after being obtained on loan July 27 from Club Atletico Torque in Uruguay. The Whitecaps argued that the Pigeons were offside on a long lead ball that led to the goal, but it was allowed to stand following a video review.

Brad Stuver made his first start in goal for the Pigeons, and first since 2016 with Columbus, after No. 1 goalkeeper Sean Johnson suffered a shoulder injury in practice. Stuver was victimized relatively early as Mezquida put the Whitecaps on the scoreboard first in the 22nd, firing a shot inside the left post during a three-on-two rush that resulted from a counter-attack.

Vancouver played without several key regulars, including top striker Kei Kamara, who was kept home in an apparent attempt to rest him, captain Kendall Waston, who served a one-game suspension for yellow card accumulation, and midfielder Efrain Juarez, who served the second of a three-game ban for bumping an official. Meanwhile, 17-year-old wunderkind winger Alphonso Davies began the game on the bench after playing in Wednesday's MLS All-Star Game in Atlanta.

Earlier in the week, Vancouver coach Carl Robinson portrayed the Pigeons as heavy favorites, but the Whitecaps controlled play for most of the first half as the Pigeons appeared to miss Villa, who was suspended one game for not participating in the All-Star Game after being selected. However, New York pulled even on a dazzling display by Medina just before halftime. He put a shot through the legs of both defender Brett Levis and goalkeeper Stefan Marinovic after dipsy-doodling by defenders.

Robinson tried to inject some offense into his lineup by inserting Hurtado at the start of the second half, plus later Davies and speedy midfielder Yordy Reyna -- and the moves eventually worked. Shea almost gave the Caps a win moments before the final whistle as he put a free kick off the crossbar.